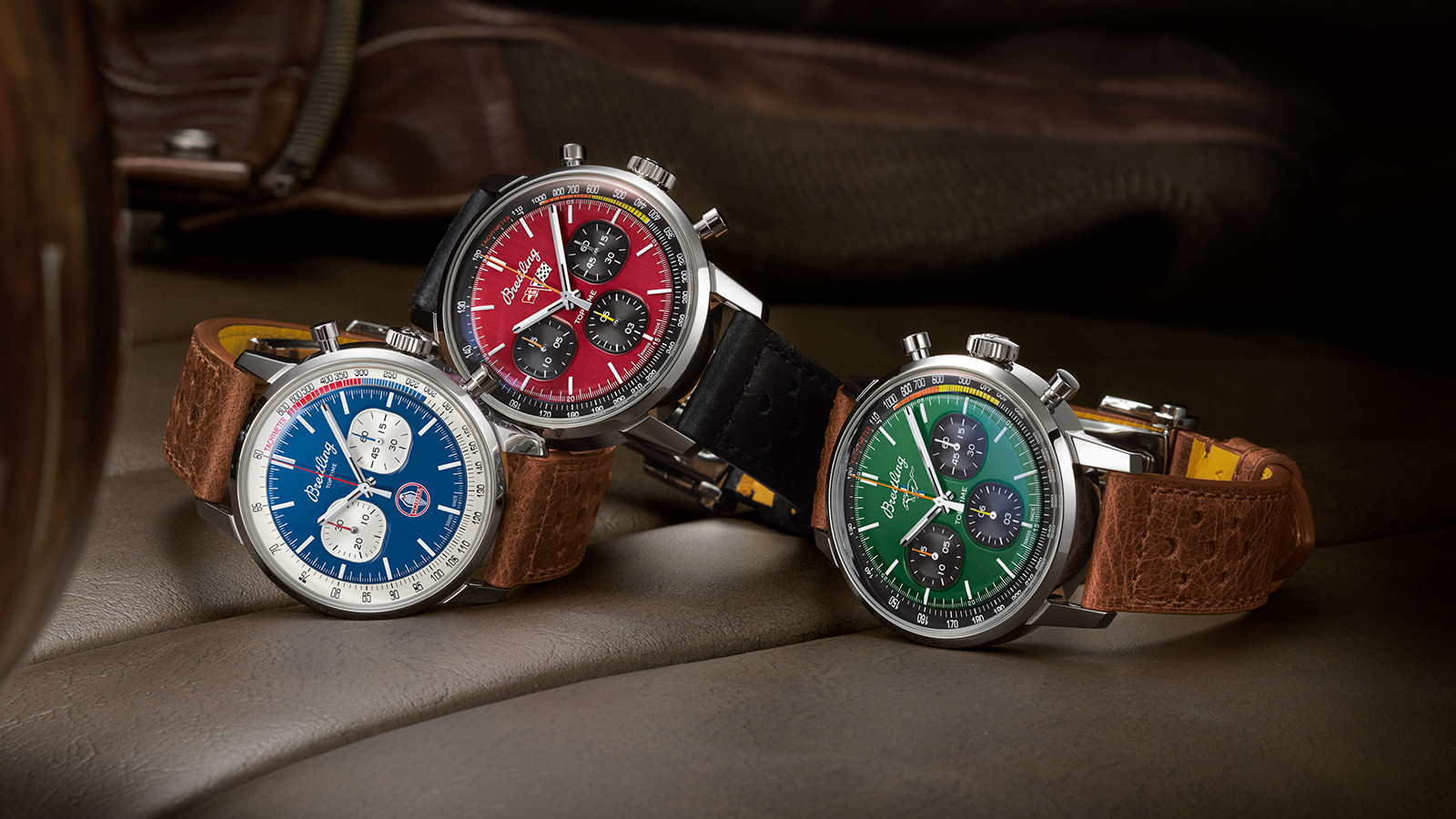 To the delight of gear heads everywhere, Breitling has just unveiled its Top Time Classic Cars Capsule Collection inspired by the three icons of American muscle car culture, the Chevrolet Corvette, the Ford Mustang, and the Shelby Cobra. While Breitling may be best known for its connection to aviation, the brand has been known to collaborate with the likes of Bentley and motorcycle brands such as Triumph and Deus Ex Machina to create stunning timepieces. When Breitling’s Top Time line of chronographs was first released in 1964, they were intended as a tool for professional pilots and racers. It, therefore, makes sense to bring this iconic 60s watch together with equally iconic 60s classic cars.

The Breitling Top Time Classic Cars Capsule Collection features three chronographs decked with bold hues of red, green, and blue dials with racing-themed watch straps in calfskin leather. Engraved stainless-steel casebacks are decorated with each car’s logo in impressive detail, and the chronograph pushers punctuate the dial. All three watches are water-resistant up to 100 meters. The collection includes the Breitling Top Time Chevrolet Corvette in red and black, based on the striking design of the Corvette C2 from the mid-1960s, often referred to as the “Sting Ray” by car collectors. The green and brown Top Time Ford Mustang edition is inspired by a car developed in record time in 1964. It soon reached iconic status as it was driven by rock stars and Hollywood actors and also played an iconic role on the silver screen. The Top Time Shelby Cobra version in blue and brown pays homage to the intimidating car created by the iconic American race-car driver and manufacturer Carroll Shelby for 1960s competitions, which mixed classic British chassis design with American racing ingenuity and engineering.

For another Breitling collection, check out its Super Chronomat Collection. 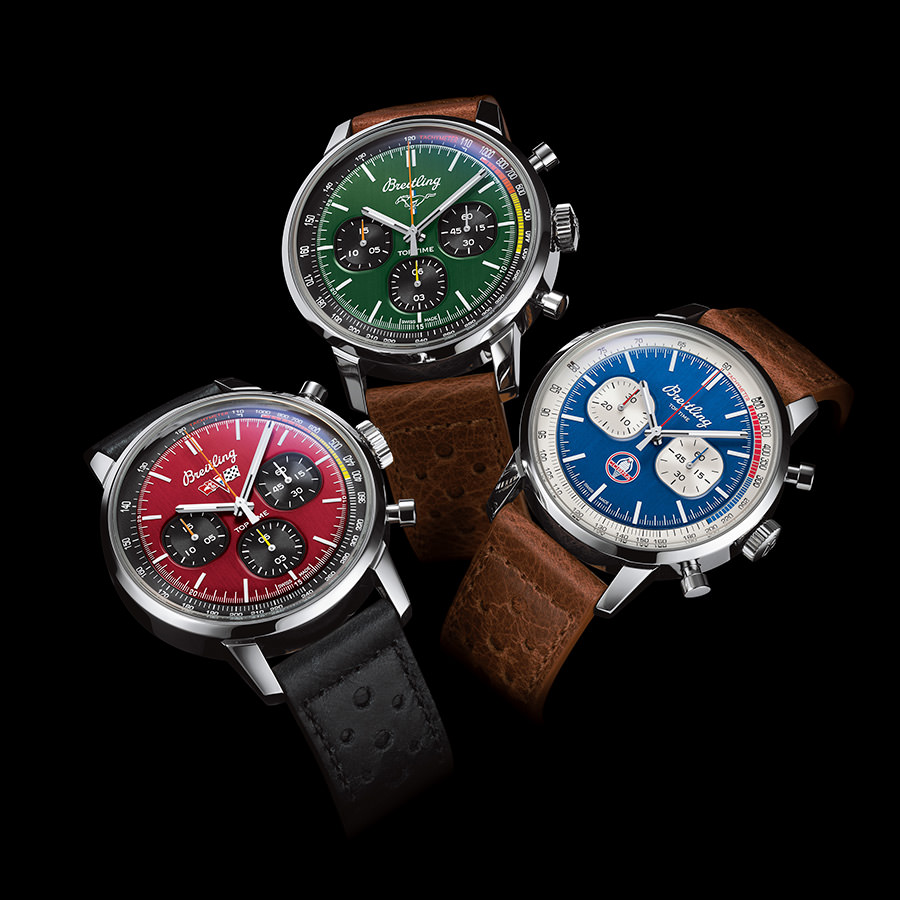