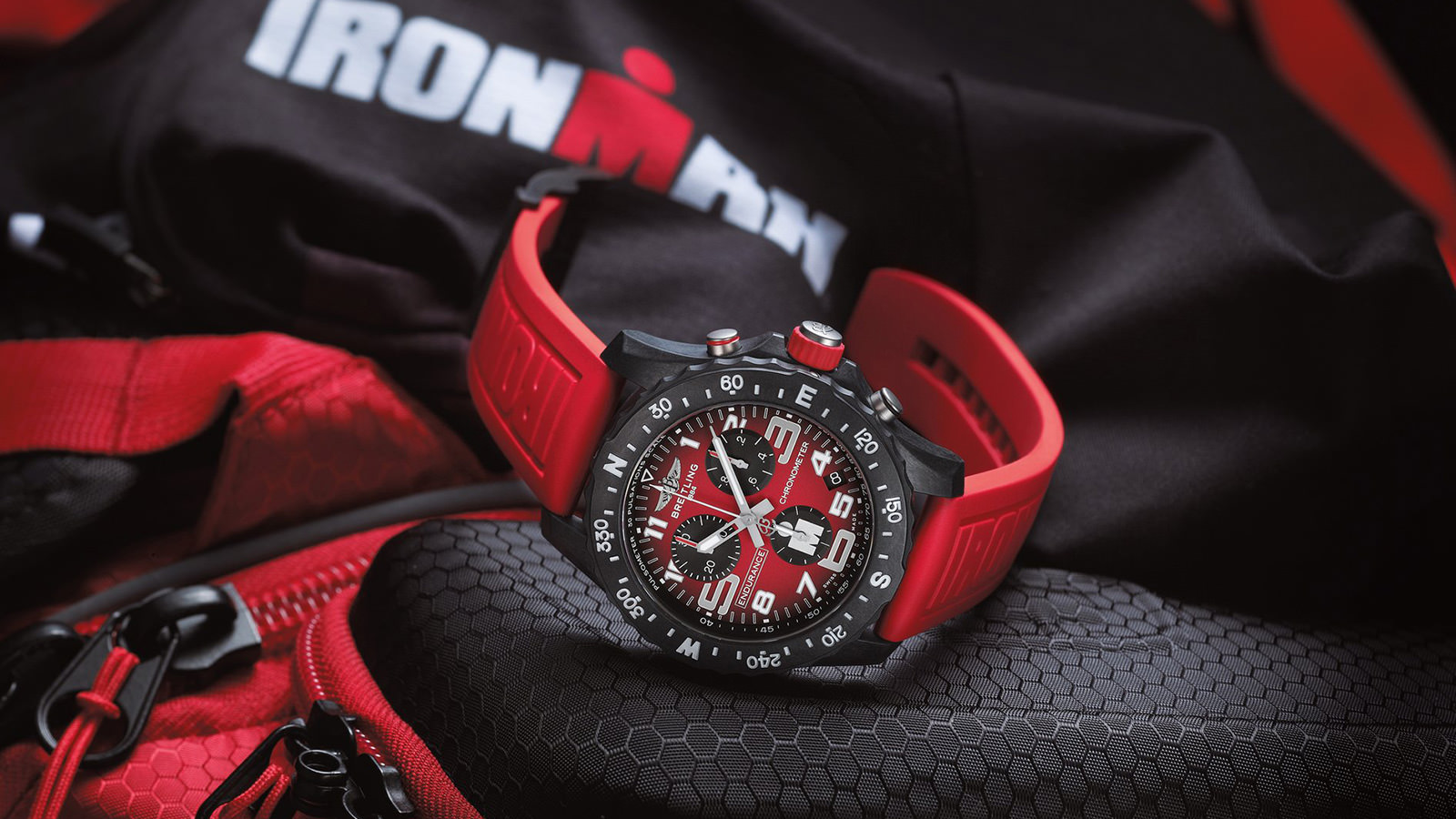 Breitling has revealed a new ultra-light, super-resilient watch to mark its role as official watchmaker to the Ironman series, with the upcoming release of the Breitling Endurance Pro IRONMAN Edition. An Ironman Triathlon is one of a series of long-distance triathlon races organized by the World Triathlon Corporation, consisting of a 2.4-mile swim, a 112-mile bicycle ride, and a marathon 26.22-mile run raced in that order. It is widely considered one of the most difficult one-day sporting events in the world. The Endurance Pro IRONMAN Edition, by Breitling’s own admission, sits in a grey area between being an activity watch and a lifestyle watch. While a top-level triathlete might wear the watch racing, they might also prefer to see it as a “lighthearted” watch that fits into the “athleisure” category – to use Breitling’s own terms.

This is because, in performance terms, the Breitling Endurance Pro IRONMAN Edition is not as smart as bespoke triathlon watch designs: It does not offer functions such as real-time pace, or speed and distance monitoring, although the watch does have a pulsometer scale running around the dial that when used with the chronograph function can indicate the wearer’s heart-rate. And if the wearer should get lost, a bi-directional rotating bezel doubles as a compass.

Part of the Professional Collection, the Breitling Endurance Pro IRONMAN Edition case is constructed in the brand’s proprietary Breitlight polymer which is three times lighter than titanium and almost six times lighter than steel while being harder than both. In fact, the watch case weighs 1.2 ounces while the rubber strap itself weighs 1 ounce to give you an idea of how light it is. Measuring 44mm wide and 12.5mm thick with 100M water resistance, the Breitling Endurance Pro Ironman uses the thermocompensated SuperQuartz Breitling in-house (and COSC certified) Caliber 82 movement. It is a 1/10th of a second chronograph with a 30-minute counter and is one of the too-few HAQ (high accuracy quartz) movements out there.

Take a look at another of Breitling’s recent releases: the Breitling Super Chronomat Collection. 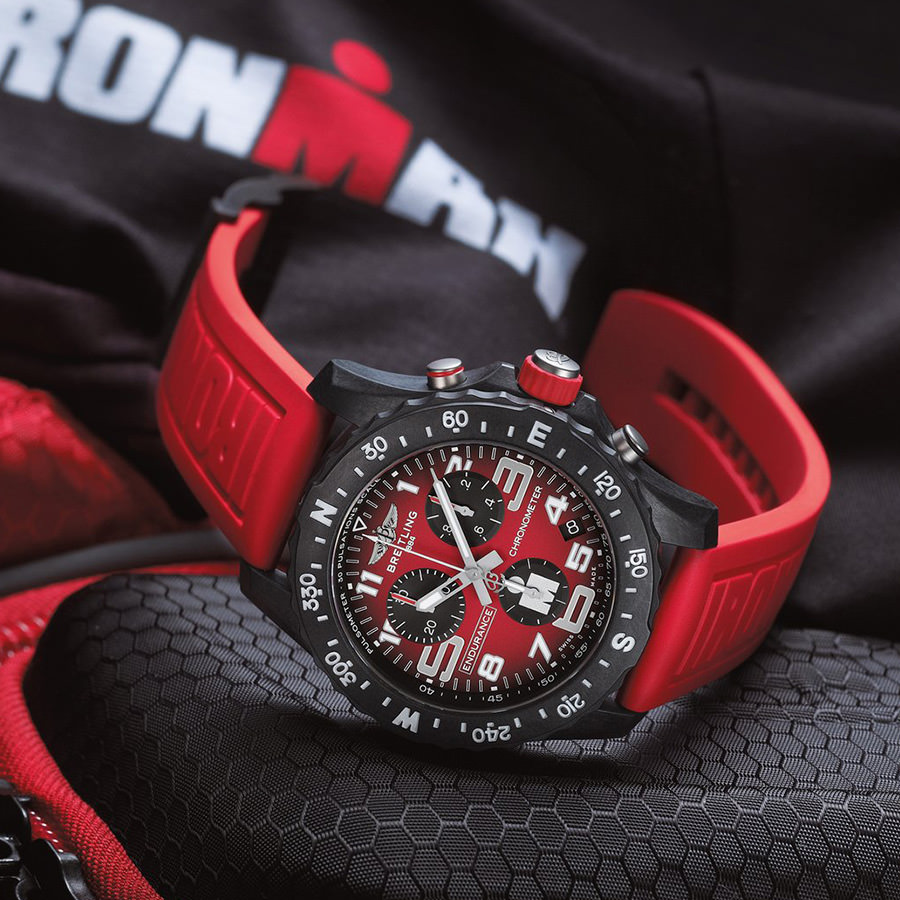