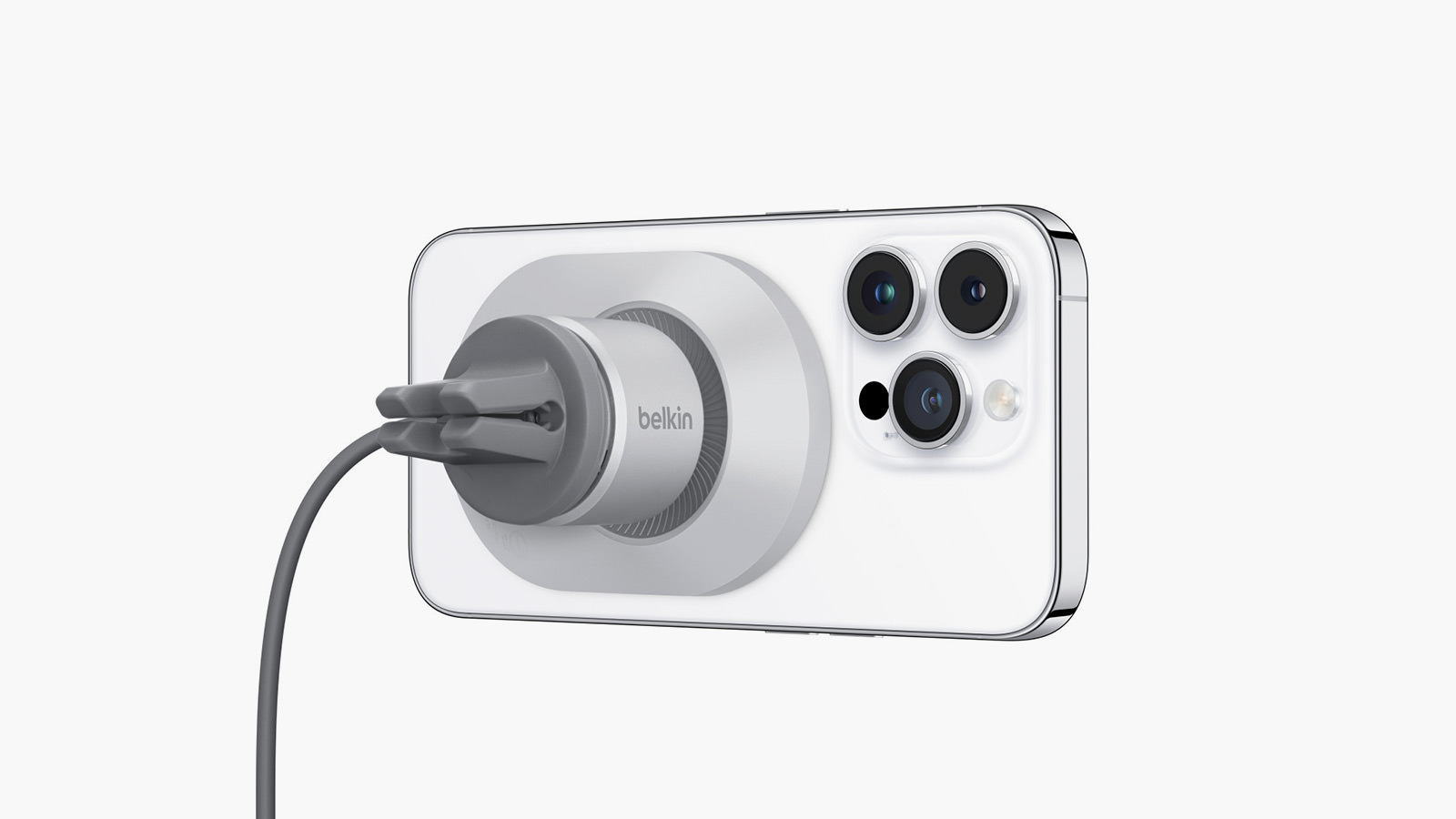 Car chargers allow people to juice their phones while communicating, on road trips, and everywhere they drive in between. Car charger technology was relatively uninteresting until recent years. It involved plugging a charger into the automobile’s auxiliary power outlet and constantly fiddling with it to ensure the phone is still charging after passing over speedbumps or potholes.

The Belkin BOOST CHARGE PRO wireless car charger with MagSafe is the new generation of automobile phone chargers. The charger securely mounts to a vent and holds the phone in place with MagSafe technology. The technology provides an incredibly fast charge of up to 15W, so users can reboot even on the shortest commutes. The durable vent clip and MagSafe technology keep the phone in place on sharp turns and unexpected bumps.

A major advantage provided by the Belkin BOOST CHARGE PRO wireless car charger with MagSafe is increased safety. A user can mount their phone on the charger with one hand and effortlessly move it from a portrait to landscape orientation for navigation, music selection, and more. The BOOST CHARGE PRO wireless car charger is compatible with iPhone models 12 and newer and is available now on the Belkin website.

In other tech news, check out the Bluesound Pulse M Wireless Streaming Speaker.