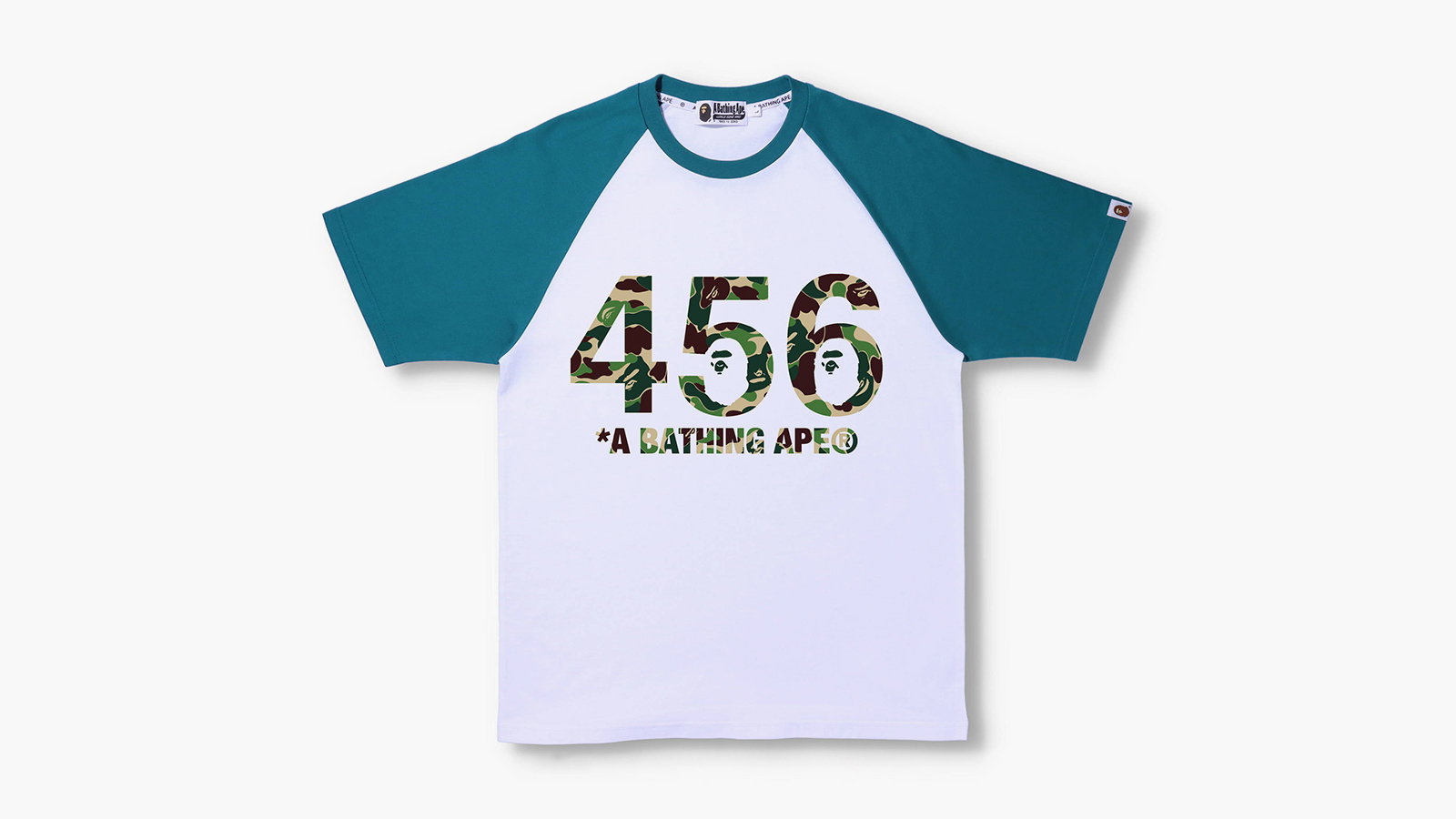 Japanese streetwear clothing brand BAPE (A Bathing Ape) has partnered with Netflix on a lineup of limited edition tees based on the mega-hit Korean series, Squid Game. The series, based on a game of survival where childhood games like Red Light, Green Light, Marbles, and Tug-of-War determine which of the cash-strapped participants lives and who dies. Given that the series was the most-watched show on the streaming service in 2021, there is little doubt that the BAPE x Squid Game tees will sell out quickly.

Inspired by the uniforms worn by the participants of the games, the collection features a raglan tee in white with teal sleeves with “456” in BAPE’s signature camo appearing across the chest, a nod to the Seong Gi-hun, the show’s protagonist. There is also a BABY MILO tee featuring the monkey character wearing a participant uniform standing in front of the masked game management staff. The third and final tee features an APE HEAD design dressed in pink, grey, and white camo on the bottom half and the Hangul characters of the show’s title card on the top half. Pre-orders for the BAPE x Squid Game collection will begin on Friday, January 21st at 2 pm Japan time on BAPE.COM, and will close on Monday, January 31st. The collection will also be available on the Netflix shop.