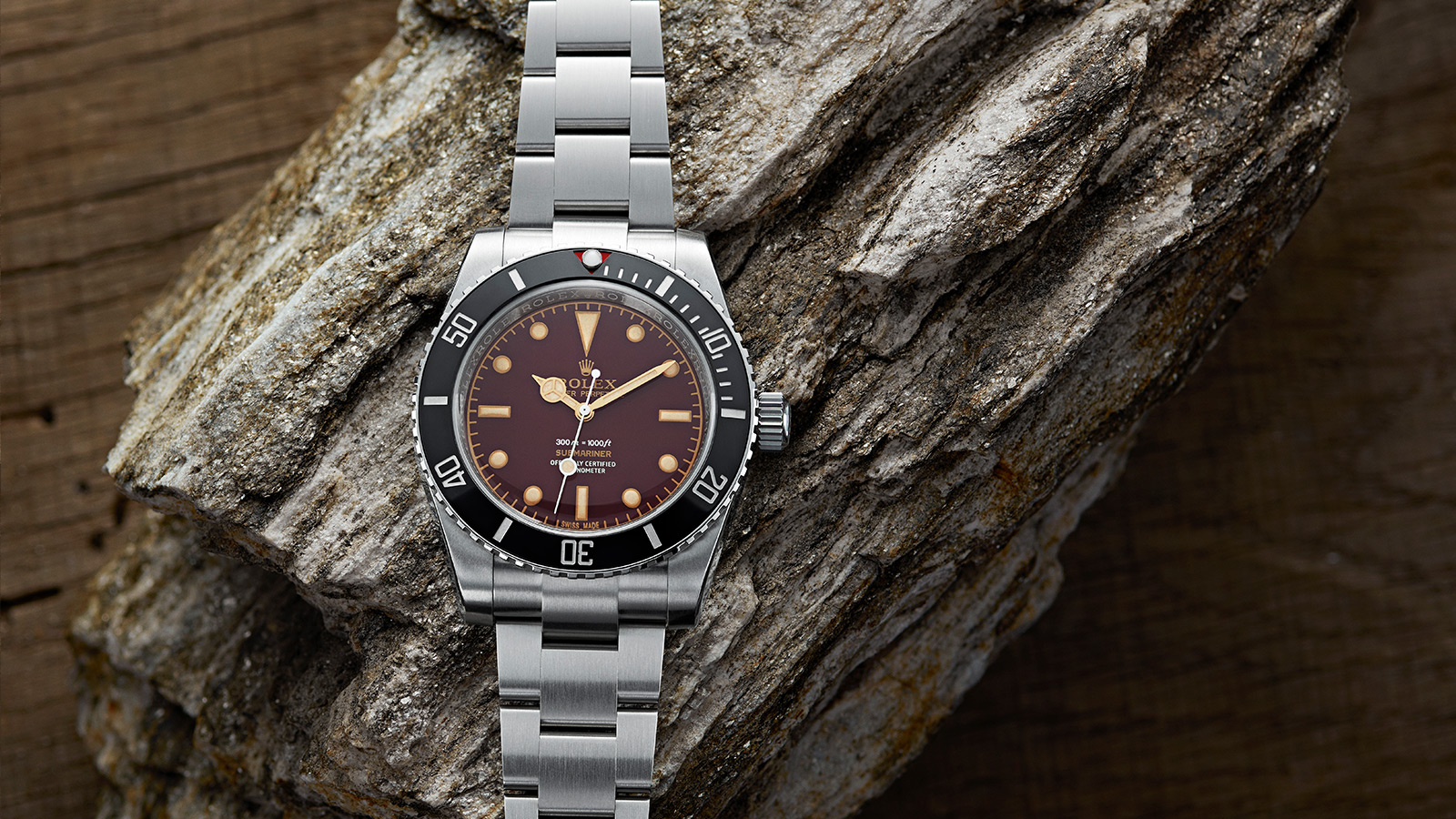 The classic submariner is a watch that was initially designed with intricate technical specifications meant to meet the grueling demands of underwater environments. From deep-sea explorers to military personnel, this style has become able to maintain its functionality at depths as extreme as 1000 feet below sea level. The very first Rolex Submariner debuted in 1954 at the Basel Watch Fair to showcase that very purpose. Yet, years later, the style would transcend the barriers it was invented to push when it was featured in the 1962 James Bond film Dr. No as 007’s personal timepiece. Ian Fleming, the writer of the novels that the British spy series is based upon, was a devoted fan of Rolex and insisted that it was the only watch worthy adorning  Sean Connery’s wrist in the film. Dr. No went on to be a critical and commercial success and in one fell swoop, the Rolex Submariner became instantly immortalized.

It’s that legacy that the Artisans De Genève Tribute to 6536 Brown Rolex Submariner was created to pay tribute to. This Artisans De Genève realization beckons back to the Rolex Submariner 6536 Brown, whose warm-colored dial became its namesake. The reimagined version meticulously replicates the features that helped make Rolex an icon of watchmaking. From its completely hand made steel bezel to a 39.55mm case machine made to capture the style of the era, this custom Rolex showcases a timeless, vintage look worthy of preserving through the ages. That case houses a Rolex 3130 caliber movement that is expertly crafted to make the Submariner function so dependably. A 21ct gold rotor is entirely visible through the watch’s transparent sapphire case back, giving a view into the awe-inspiring engineering while it’s in action. The sapphire curved glass on the front of the case frames the watch’s iconic brown dial, luxuriously accentuated by a pair of golden diamond-finished hands.
Artisans De Genève has made a name for itself by honoring the heritage of watchmaking by releasing signature pieces reimagined by its expert craftsmen. Without their efforts, getting your hands on a classic watch like the 6536 Brown would be nearly impossible. Fortunately, their tribute to this illustrious timepiece can now be reserved for the devout Rolex fan who is eager to get their hands on a piece of the watchmaker’s fabled history.