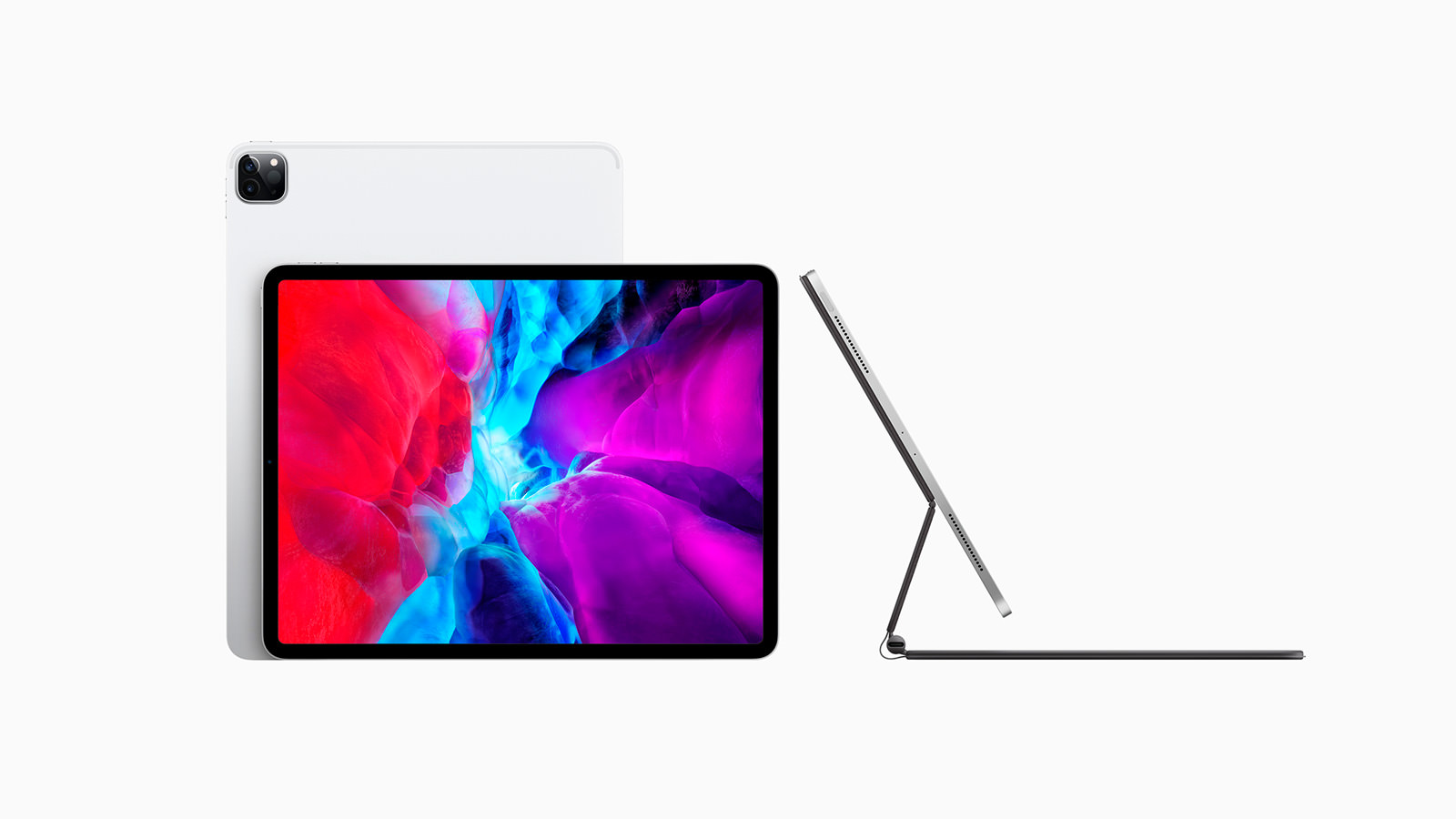 The Apple iPad Pro shatters conceptions of what a tablet can be. The newly unveiled Pro model is the most advanced to be added to the iPad canon. An A12Z Bionic chip allows Apple’s flagship tablet to outperform a majority of Windows laptops. Mounting the iPad Pro on a keyboard-equipped stand lets it seamlessly transition from your hands to your desk so you can tackle tasks with the freedom to enhance your productivity. The new iPad incorporates an Ultra Wide camera, studio-quality microphones, and a piece of technology that’s a first for the company — a LiDAR Scanner. That feature has never graced any iPad before. Its addition adds depth-sensing responsiveness that makes the most of the tablet’s camera as well as photo and video apps.

There are 11 and 12.9-inch Liquid Retina displays that each offer stunning visuals that improve workflow and enhance entertainment experience. This feature enhances the iPad’s ability to lead the way in assimilating augmented reality into tablet-hosted apps. Whether you’re using it for work or play, the suite of new features added to the Apple iPad Pro amounts to a tablet that’s like nothing the world has seen before.