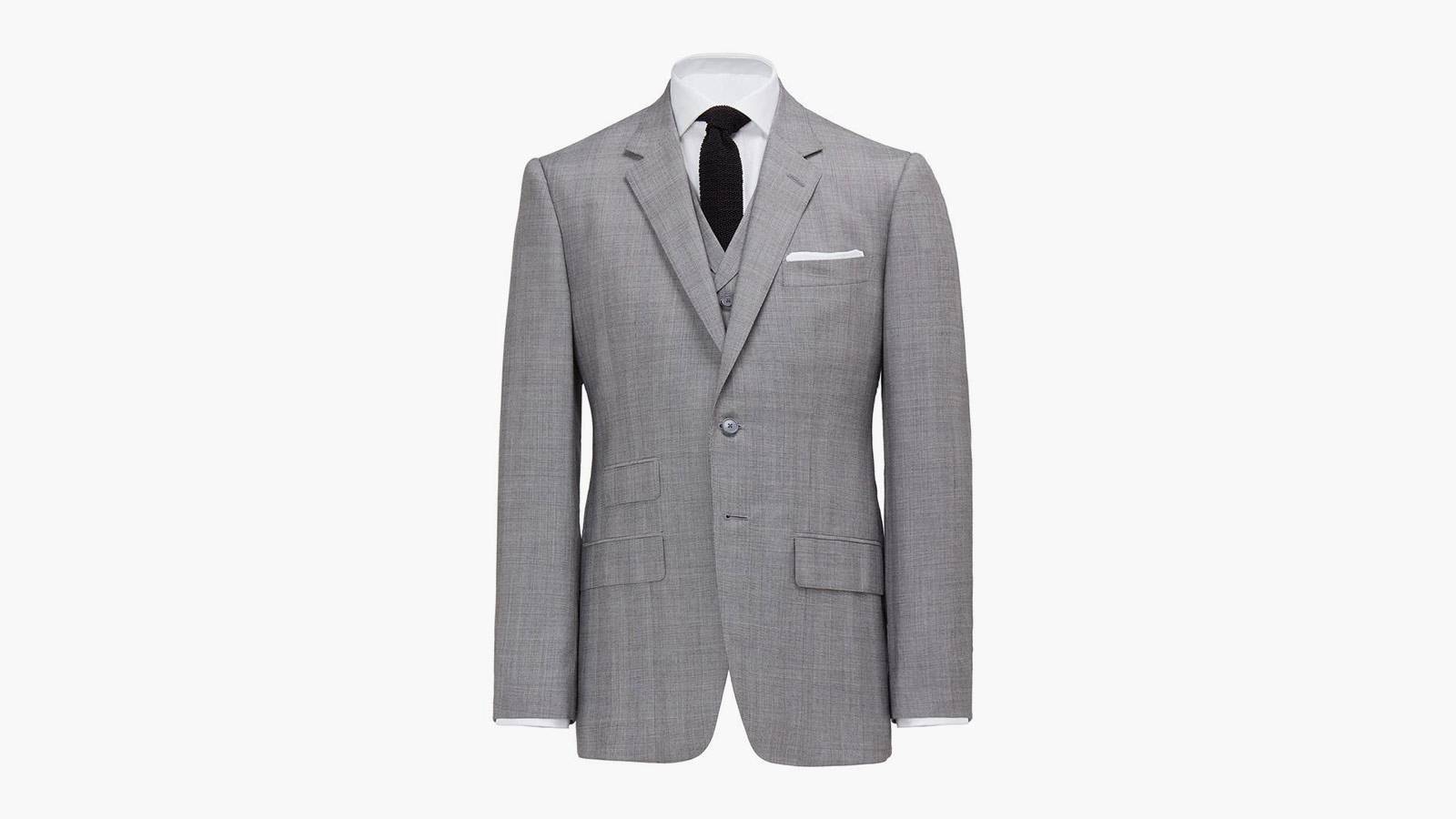 James Bond’s original tailor, Anthony Sinclair, has just reissued the iconic “Goldfinger” suit. The Anthony Sinclair Three-Piece Glen Plaid Goldfinger Suit is now being offered up to those who would like the chance to own a version of the uber-chic Bond-inspired suit. London tailor Anthony Sinclair’s designs represent the epitome of English style, with an elegant, understated, and timeless look. As the name suggests, the Goldfinger Suit is styled similar to the one Bond donned in the 1964 film Goldfinger. It is a three-piece, mid-gray, Glen-Plaid, “Conduit Cut” suit featuring a roped sleeve head, natural shoulder, and slightly flared skirt. To add to its appeal, it is even constructed using 100% Super 120s worsted wool, from the English Mill Holland & Sherry, and even features authentic DAKS tab and button side adjusters on the trousers.

Anthony Sinclair is now a subbrand of British men’s style destination Mason & Sons, and the brand has announced a new 60-piece James Bond Collection celebrating the 60th anniversary of the Bond film franchise. The collection is off to a great start with the release of the Goldfinger Suit. The items in the collection will consist of recreations of classic Sinclair designs as well as new collaborations with other British brands, to be released periodically over the next year.