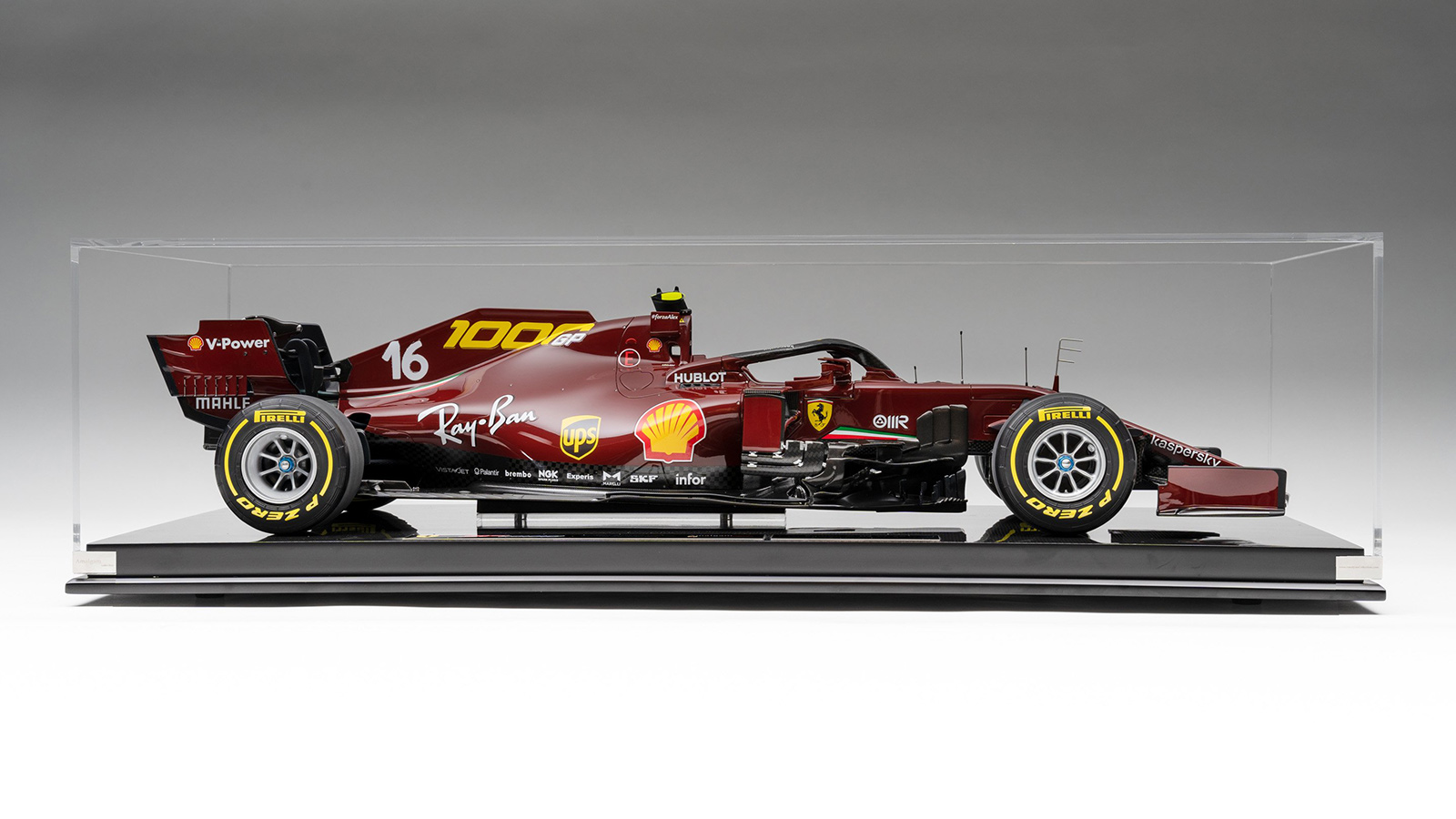 Amalgam Collection unveiled its latest car model Amalgam Ferrari SF1000 – 1000th Grand Prix Livery – 2020 Tuscany Grand Prix, which manages to encapsulate the entirety of Ferrari’s legacy in motorsport. The model is a 1:8 scale representation of the 2020 Ferrari SF1000 Formula One race car. It wears the same burgundy livery the SF1000 wore when it raced at the Gran Premio Della Toscana Ferrari 1000 on September 13th, 2020. According to Amalgam, the paint codes and CAD designs for the car model were supplied by Scuderia Ferrari. Like its full-size inspiration, the SF1000 car model is built by hand using the finest quality materials. Each car model requires over 250 hours to complete, and Amalgam will only be releasing 50 examples of the Ferrari SF1000.

Scuderia Ferrari has been racing in Formula One since 1950. Throughout its 70-year run, Scuderia has earned 238 Grand Prix victories and 773 Grand Prix podium finishes. Last year, the Scuderia team celebrated its 1,000th F1 race at the 2020 Tuscany Grand Prix, which inspired the livery for the SF1000. The burgundy color is an homage to the original color worn by Ferrari’s first race car, the 125 S, built-in 1947. The Amalgam Ferrari SF1000 model is hand-painted and available with Sebastian Vettel or Charles Leclerc, allowing buyers to have their favorite Ferrari F1 driver on the car model. The Amalgam Ferrari SF1000 car model costs as much as a pre-owned hatchback, but it’s a drop in the ocean compared to the financing needed to win in F1 racing.

For a life-size Ferrari, check out the new 830-HP Limited Edition V12 Supercar.