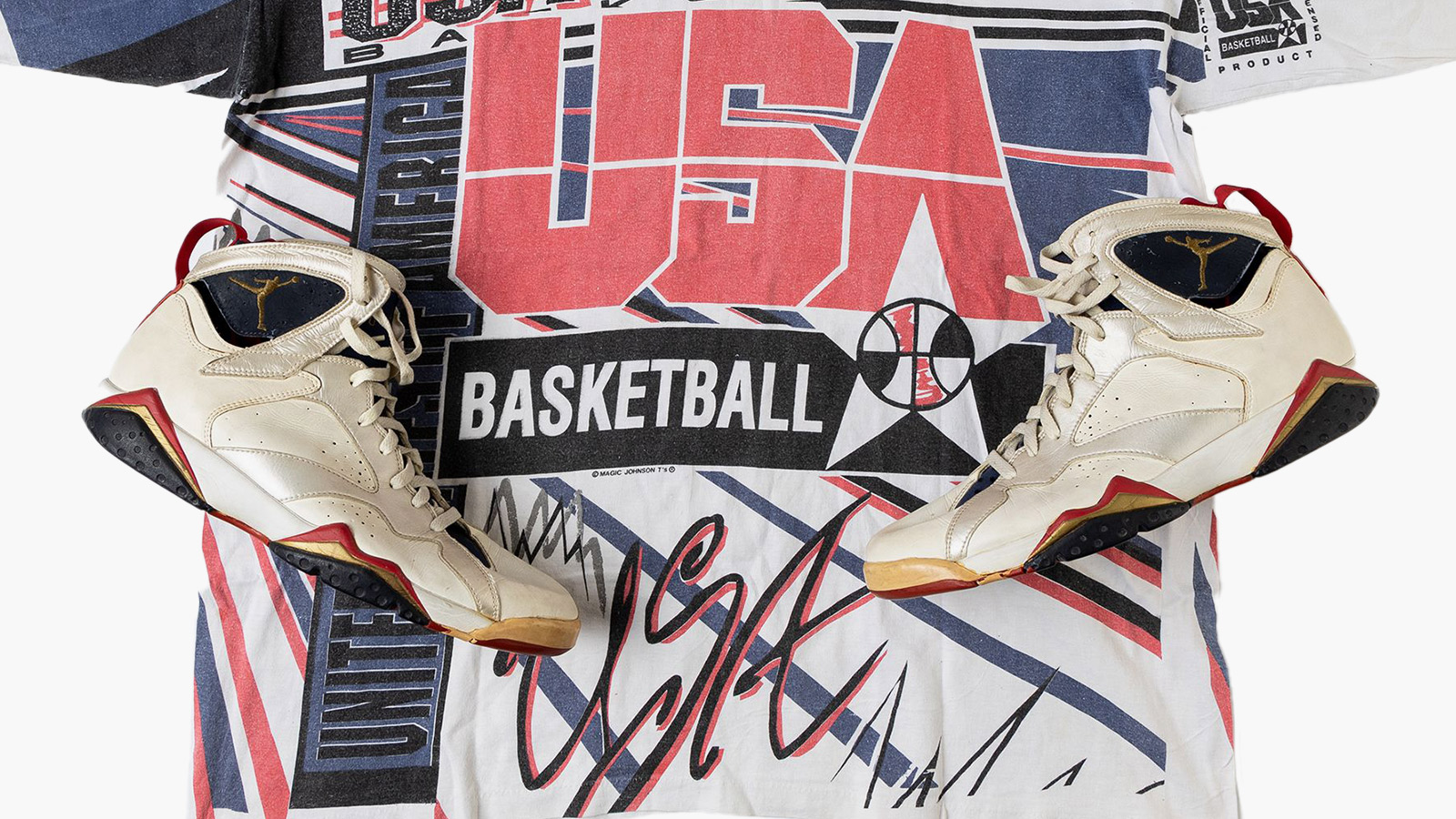 The Dream Team is without a doubt the greatest basketball team ever assembled. How good was it? Well, keep in mind that the Redeem Team that brought USA Basketball back the gold medal consisted of stars like Kobe Bryant, Lebron James, and Dwyane Wade, yet it still pales in comparison to the team that triumphed at the 1992 Olympic Games in Barcelona. While that team included NBA hall of famers like Larry Bird, Magic Johnson, and Charles Barkley, it was Michael Jordan who stole the show. The Air Jordan 7 “Olympic” Game Worn Sneakers are a relic of His Airness’ triumph in the gold medal game against Croatia from the 1992 Olympics Games.

Michael Jordan wore this pair of his eponymous sneakers during the Dream Team’s victory against Croatia. Afterward, the GOAT gifted them to the receptionist at the Ambassador Hotel in Barcelona before they were procured by Christie’s auction house. Now, bids are set on this piece of basketball history as part of a collection of sneakers Jordan wore throughout his career during his triumphs on the NBA hardwood and as a member of team USA. Christie’s Original Air auction will donate a portion of the proceeds to the NAACP Legal Defense Fund.