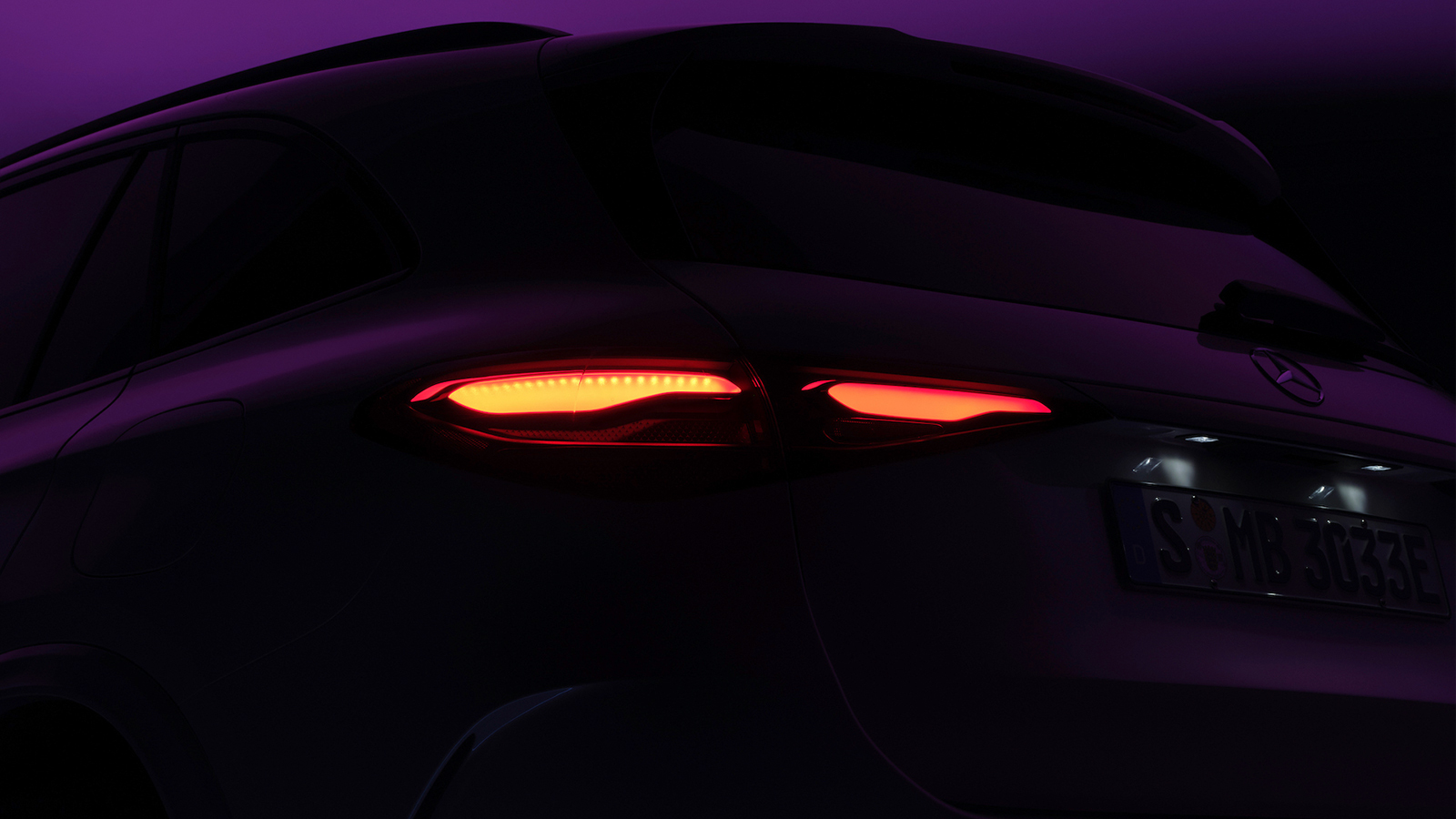 Mercedes-Benz released a single teaser photo of the new-generation 2023 GLC crossover SUV ahead of its official debut on June 1st. We’ve only seen the new Mercedes-Benz GLC wearing its anti-spy camouflage around its redesigned front and rear ends. However, the teaser photo gives an almost complete view of the contemporary styling on the GLC.

Studying the photo, one can see a roof spoiler peeking out of the rear window and signs of a rear diffuser and vents in the bumper. These details make us suspect that the image is of an AMG-spec GLC model. This new model is said to be larger than the outgoing GLC, which translates to increased trunk space and legroom. In addition, air suspension and rear-wheel steering are confirmed to be standard equipment, as well as Mercedes-Benz’s 4Matic all-wheel-drive system.

As for the interior, Mercedes-Benz claims the 2023 GLC will feature a “fully digitized” cockpit. This could mean the new GLC will offer the same 12.3-inch digital instrument cluster and 11.9-inch portrait infotainment seen in other 2023 Mercedes-Benz models. The official debut on June 1st will be for the European market, with the U.S. reveal expected to be later in the year. Moreover, part of the 2023 Mercedes-Benz GLC unveiling will be starring in a fictional media production involving an F1 racing driver and a flustered film director.