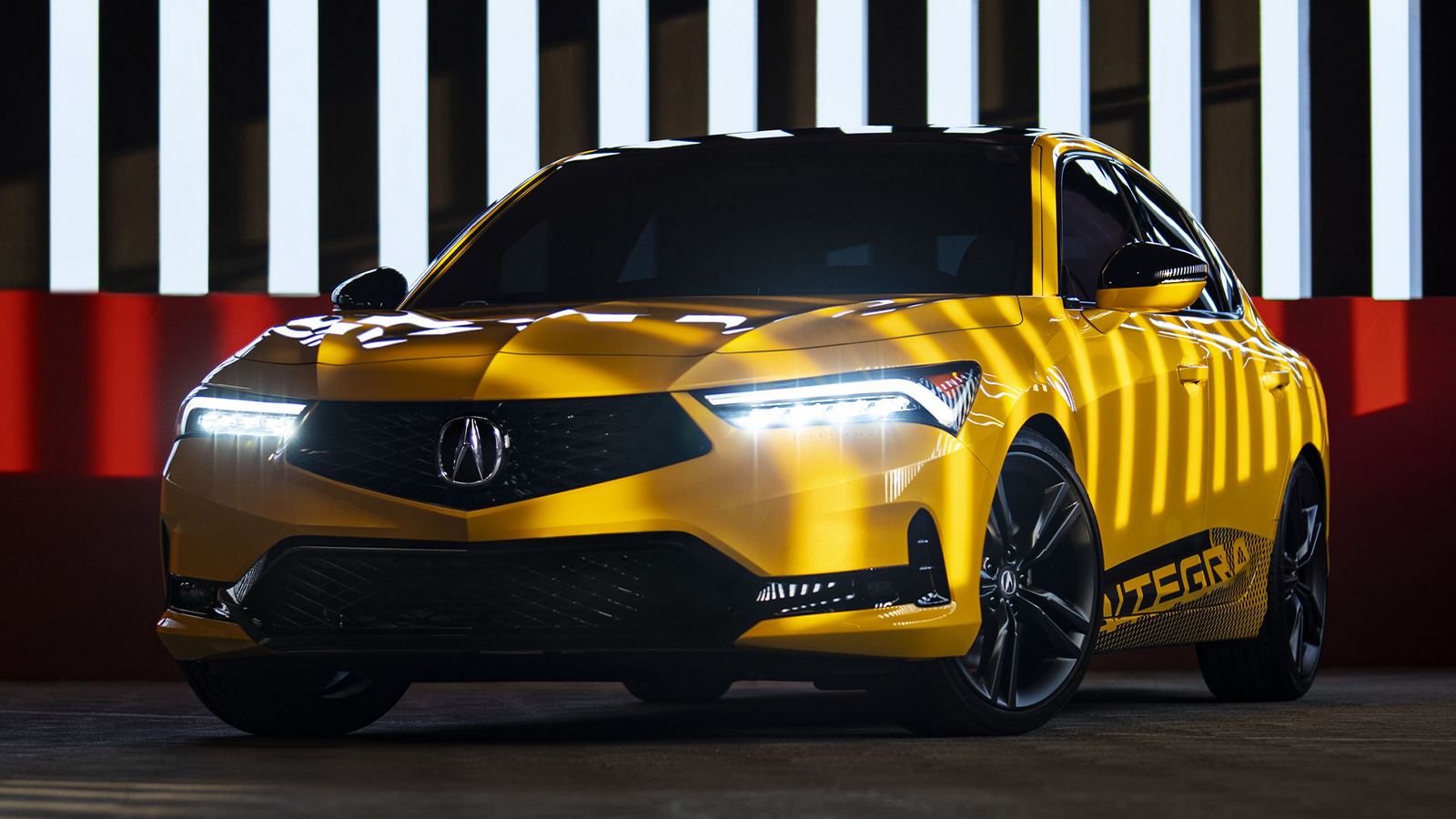 Last night, Acura unveiled the official return of the Integra. The car shown is still categorized as a prototype but serves as a visual guide to the final production model. The 2023 Acura Integra will share much of its chassis and components with the Honda Civic Si. From a styling perspective, the new Acura Integra’s face looks like it is staring you down with sharp headlamps and a curved hood line acting like an angry brow. This hot hatch looks like it’s about to howl through its pentagon grille. Its 19-inch Shark Gray wheels matched with Phoenix Yellow paint and a black graphic package hint at the potential lurking under the Integra’s hood.

The new four-door hatchback Integra will share the same 1.5-liter turbocharged I4 featured in the Civic Si, producing 200-hp. However, we expect the engine in the 2023 Integra to make more power than the Civic Si. The 2023 Acura Integra can be optioned with a six-speed manual transmission and uses a mechanical limited-slip differential. No details on the interior were announced, but it is safe to assume it will be well-equipped like other Acura models. While not confirmed, pricing for the 2023 Acura Integra aims to start at $30k when it goes on sale next year. There is also talk of a future Integra Type S reportedly in the works.