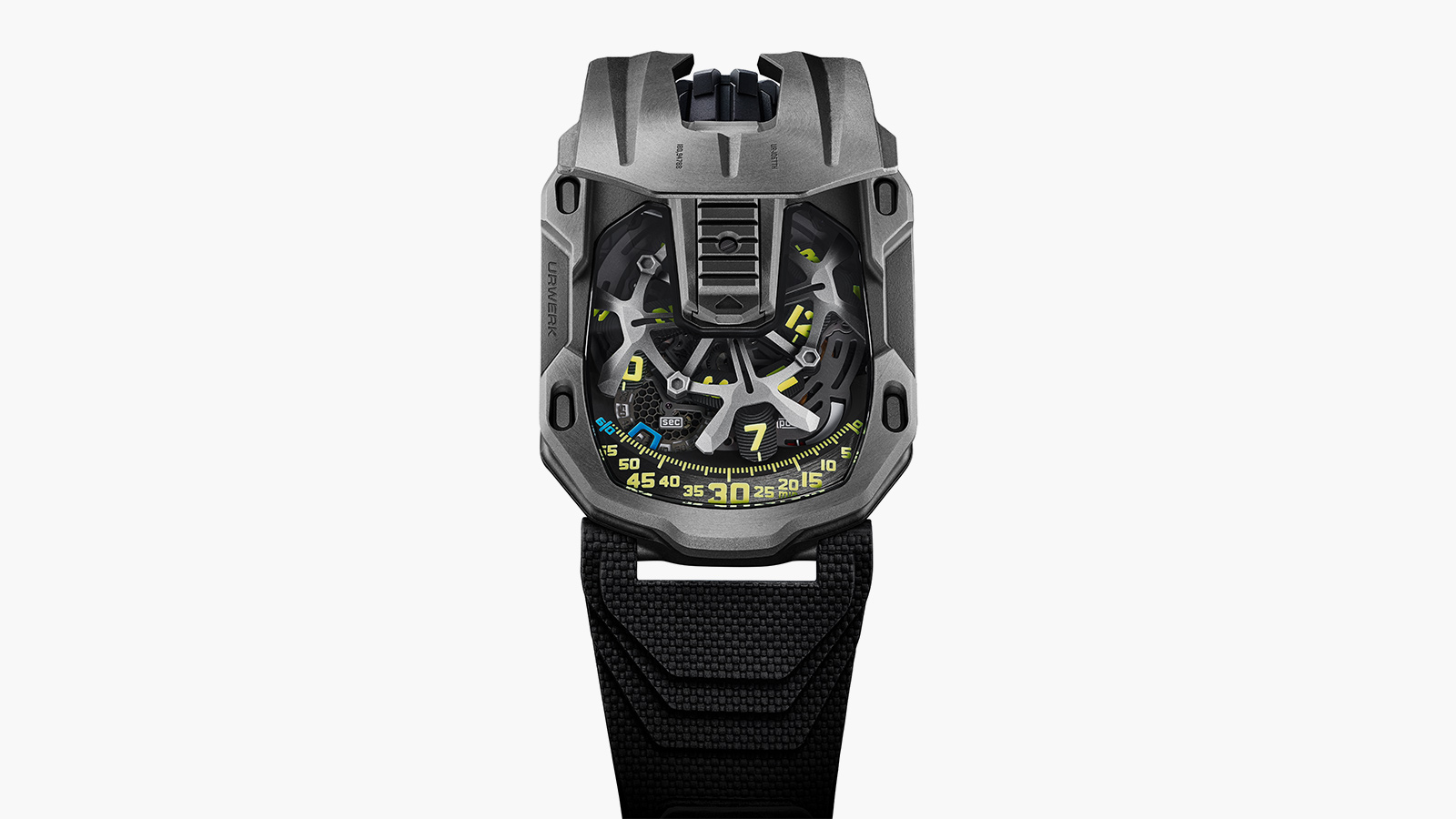 Marking the end of the 105 Collection first introduced in 2017 and celebrating URWERK’S 20th anniversary, the brand is launching the URWERK UR-105 TTH. The UR-105 TTH is the last edition of the UR-105 CT, retiring the 105 Collection in style. URWERK is giving the model a grand send-off with this new model, which has the front plate and lid of its case made of tantalum, the bluish-grey metal that Urwerk has only used in one other instance with the UR-110 TTH. According to URWERK co-founder Felix Baumgartner, tantalum is the key to what makes this particular timepiece stand out amongst others in various collections. However, it is a challenging material to work with to be sure. He went on to say, “Tantalum is a precious metal weighing approximately the same as platinum. It has a solid presence on the wrist. To machine it is a nightmare, but it has incomparable beauty. Tantalum is one of the most URWERK-ian metals that I know of. It is dark, almost anthracite-colored, a shade which is an integral part of URWERK’s aesthetic signature.”

URWERK designer Martin Frei was inspired by the skyscrapers of New York City when he originally created the UR-105. We see this influence in the hinged lid, which is etched with deep fluting, accentuating the strong, angular lines of the case, giving the UR-105 TTH sci-fi style with a hint of Art Deco. In addition to the signature look of the precious metal, the URWERK UR-105 TTH  also has the iconic satellite indication, with four-hour satellites, which has been an instantly recognizable signature of the brand for the past 18 years. It has a power reserve of 48 hours and a 4Hz frequency, along with a digital seconds display. Only 12 pieces will be produced by URWERK.

For yet another URWERK creation, check out the UR-220 Falcon Project Watch. 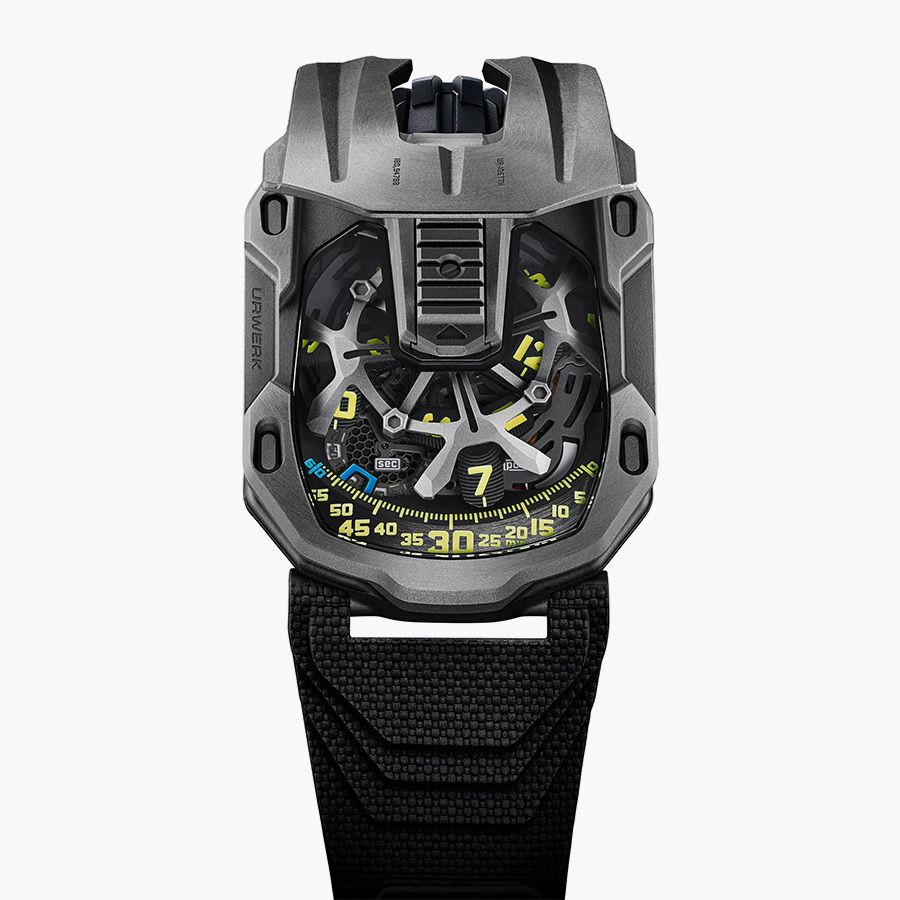