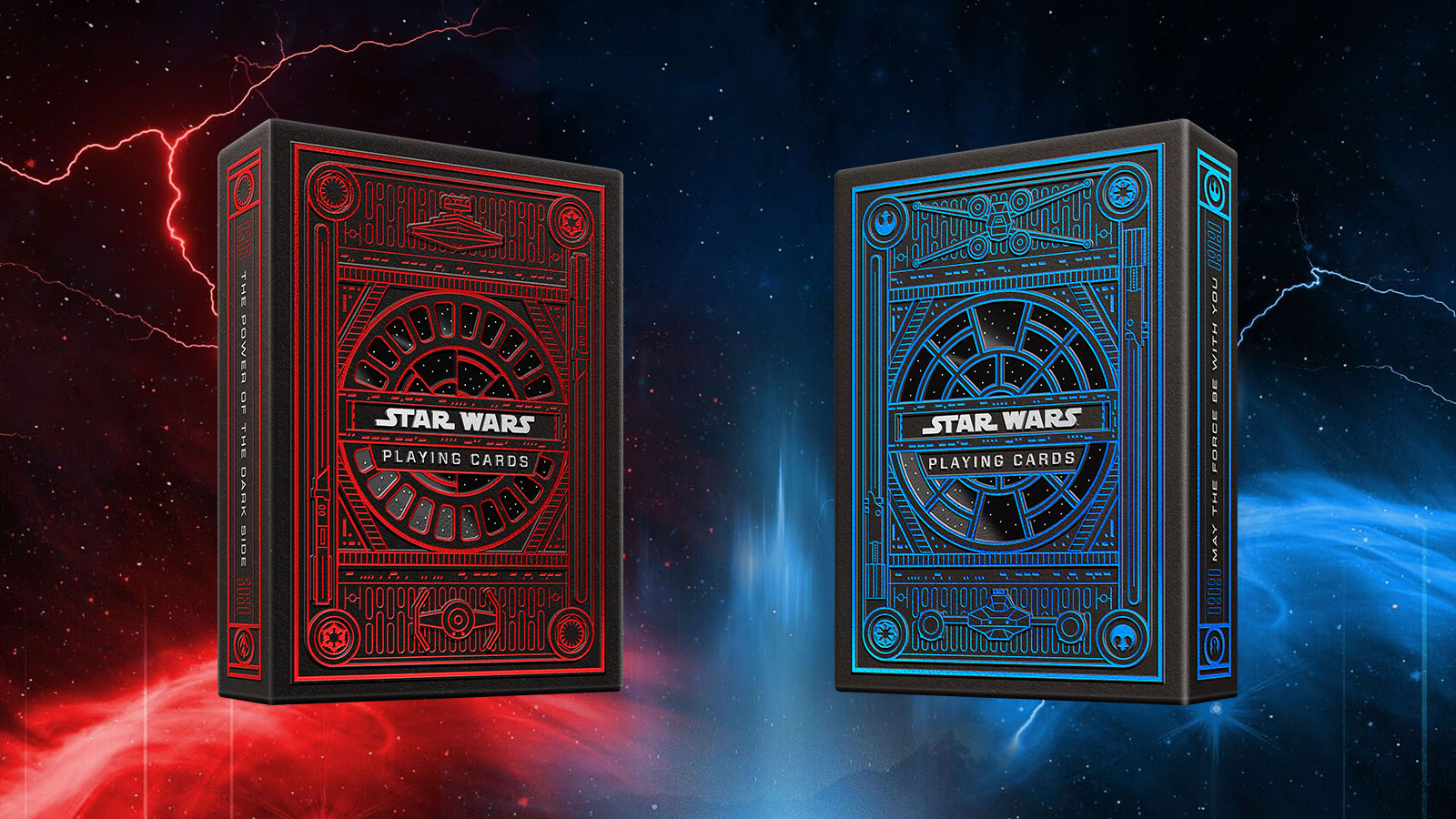 If anything has monetized its name, it’s the Star Wars franchise. From action figures, desk lamps, apparel, and everything in between you’re sure to find a version of any item from a galaxy far, far, away. This set of Star Wars Playing Cards infuses the film anthology’s lore into an intergalactic themed deck.

The playing cards offer fans the choice Darth Vader offered Luke Skywalker — to join the light or dark side. Both the blue-colored Jedi themed deck and red-colored Sith themed deck come in an embossed and foil-stamped package that emulates the look of the carbonite chamber that imprisoned Han Solo. The back-side of the blue Jedi set is emblazoned with the symbol of the Rebel Alliance and R2D2 while the red Sith set is marked by the Death Star, as well as the seals of the Galactic Empire and First Order. Jack, king, and queen each portray characters from each respective alliance while other cards are marked with the silhouettes of everything from the Millenium Falcon to TIE Fighters.
The attention to detail put into every card doesn’t end with its design either. Each respective set captures characters from both sides of the Force in vegetable-based ink printed on FSC-certified paper that is finished with a starch-based laminate. The paper is even sourced from sustainable forests. Even though the theme of the cards is from out of this world, its emphasis on sustainability goes toward protecting our own planet.