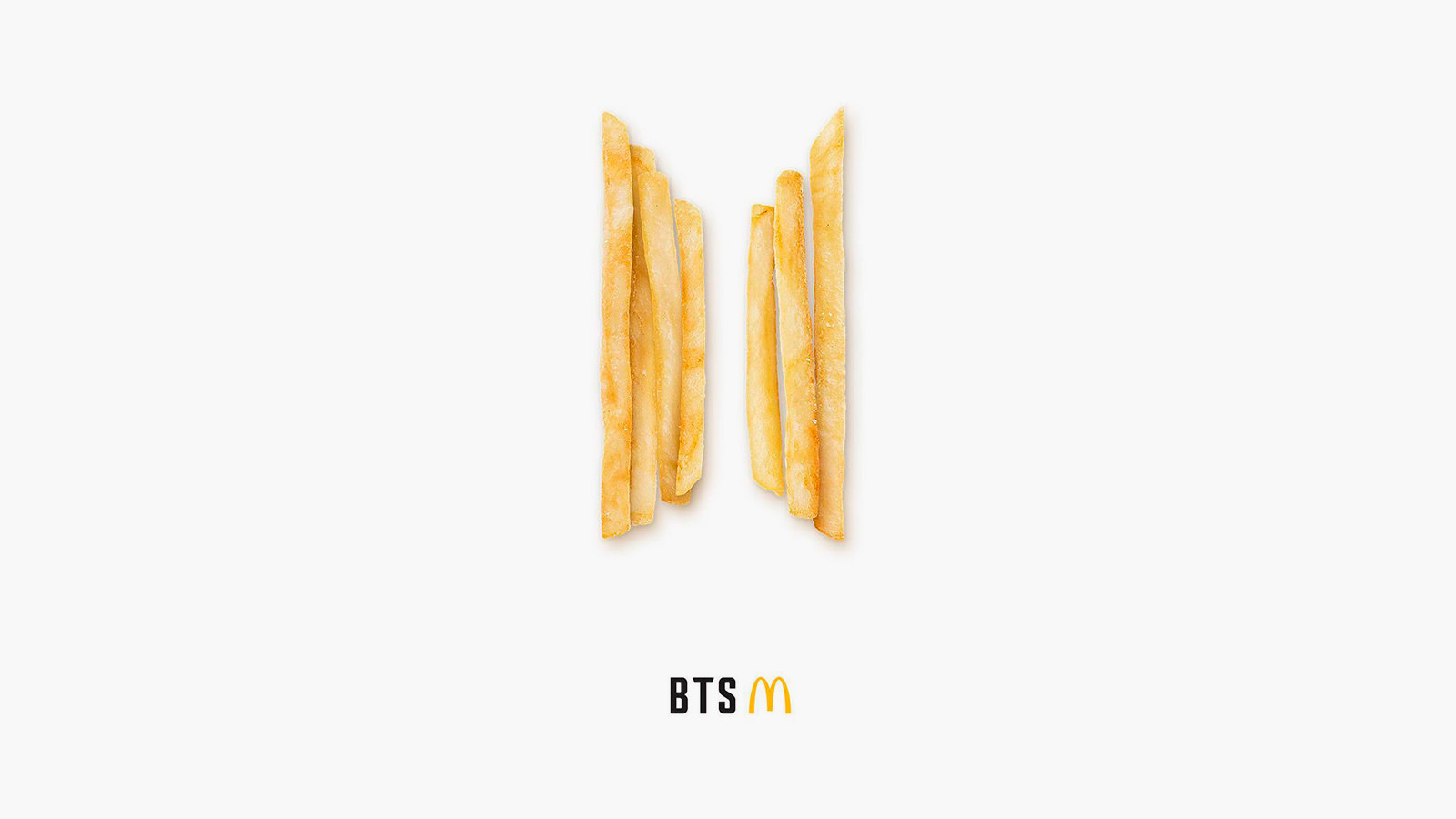 McDonald’s has just announced that, as part of the brand’s ongoing celebrity collaborations, it will be partnering with K-Pop sensation BTS for its next celebrity meal. Joining forces with BTS is likely McDonald’s biggest get following the smash successes of its meals with Travis Scott and Latin pop superstar, J Balvin. In April 2019, the South Korean band, BTS, which translates to “Bulletproof Boy Scouts” became only the third group in 50 years to have three number-one albums on the Billboard 200 charts in less than 12 months, joining the ranks of The Beatles and The Monkees. Spotify said that last summer BTS was the first “all-South Korean act to top the US singles chart” with the global hit “Dynamite,” which garnered a Grammy nod – the first-ever honor for a K-Pop group.

The BTS Meal will include a 10-piece Chicken McNuggets, sweet chili, and cajun dipping sauces, which are inspired by the McDonald’s menu in South Korea, a medium-sized Coca-Cola, and medium-sized French fries. The meal will launch on May 26th in the U.S., Canada, parts of the Caribbean, and other countries around the world. The meal will roll out in other parts of the globe through the rest of May and June and will ultimately be available in 50 countries. This is the first McDonald’s celebrity meal that will be available globally.