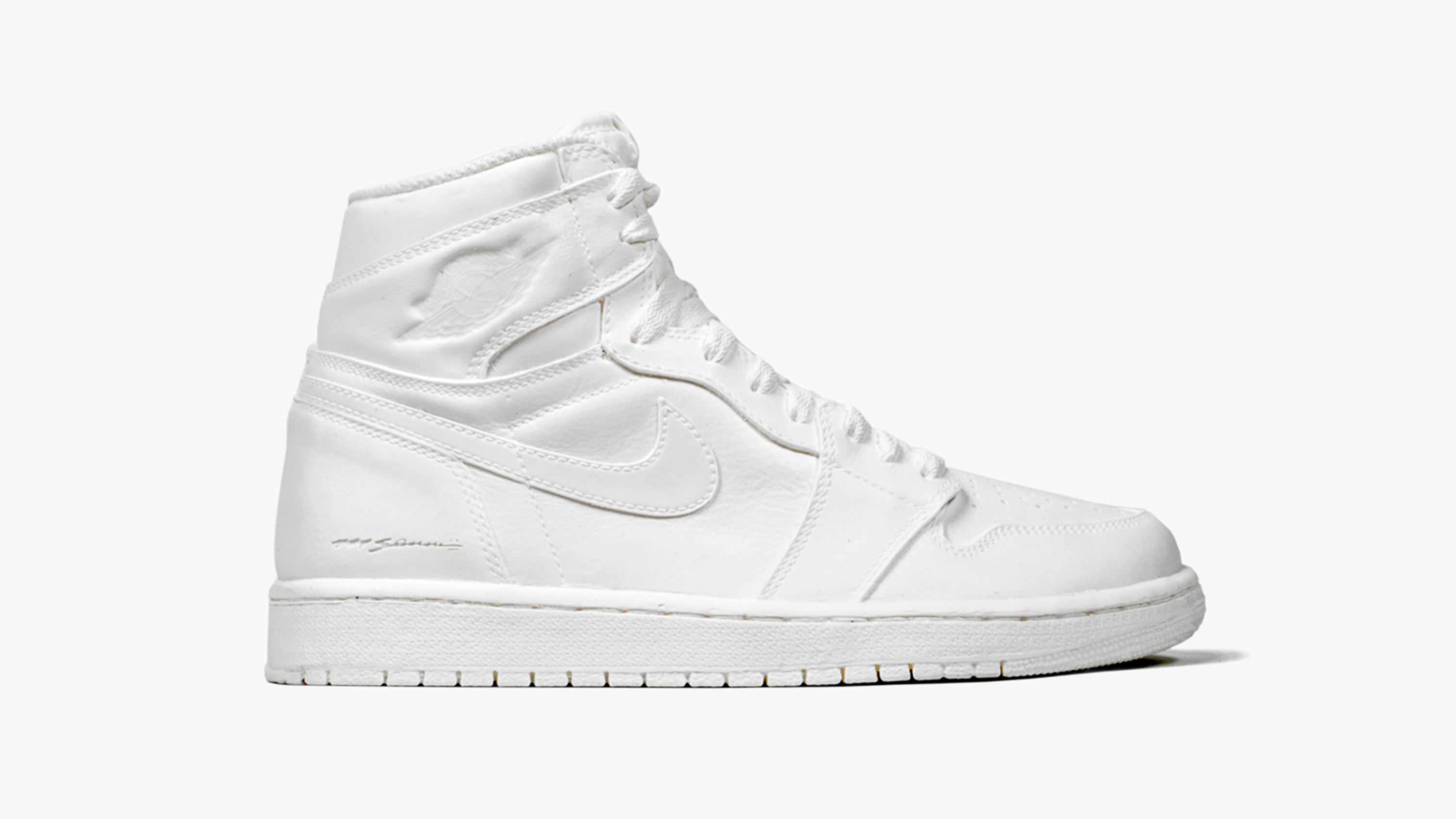 The first overall pick in this year’s NBA Draft, Zion Williamson, had bestowed upon him the most lucrative shoe contract ever given to a rookie — an excess of $12 million per year. Years ago, when Michael Jordan was offered his first contract with Nike, it came with a caveat. To earn the contract, Jordan had to be Rookie of the Year, average 20 points per game, be an All-Star, or sell over $4 million in shoes. Jordan would go on to win Rookie of the Year, score over 28 points per game, be named an All-Star, and sell over $100 million of shoes.

Needless to say, the Air Jordan legacy would go on to become legendary. Artist Matthew Senna is known for chronicling the history of Air Jordans with his sculptures of classic releases of the shoes. The Matthew Senna Study 001 White Resin pays tribute to the first pair of the iconic sneaker line that Michael Jordan emphatically put on the scene. A custom foam insert maintains the structural integrity of the intricately detailed all-white sculpture. Limited to 500 pieces, each purchase comes with an entry to win a 24k gold version of the release.