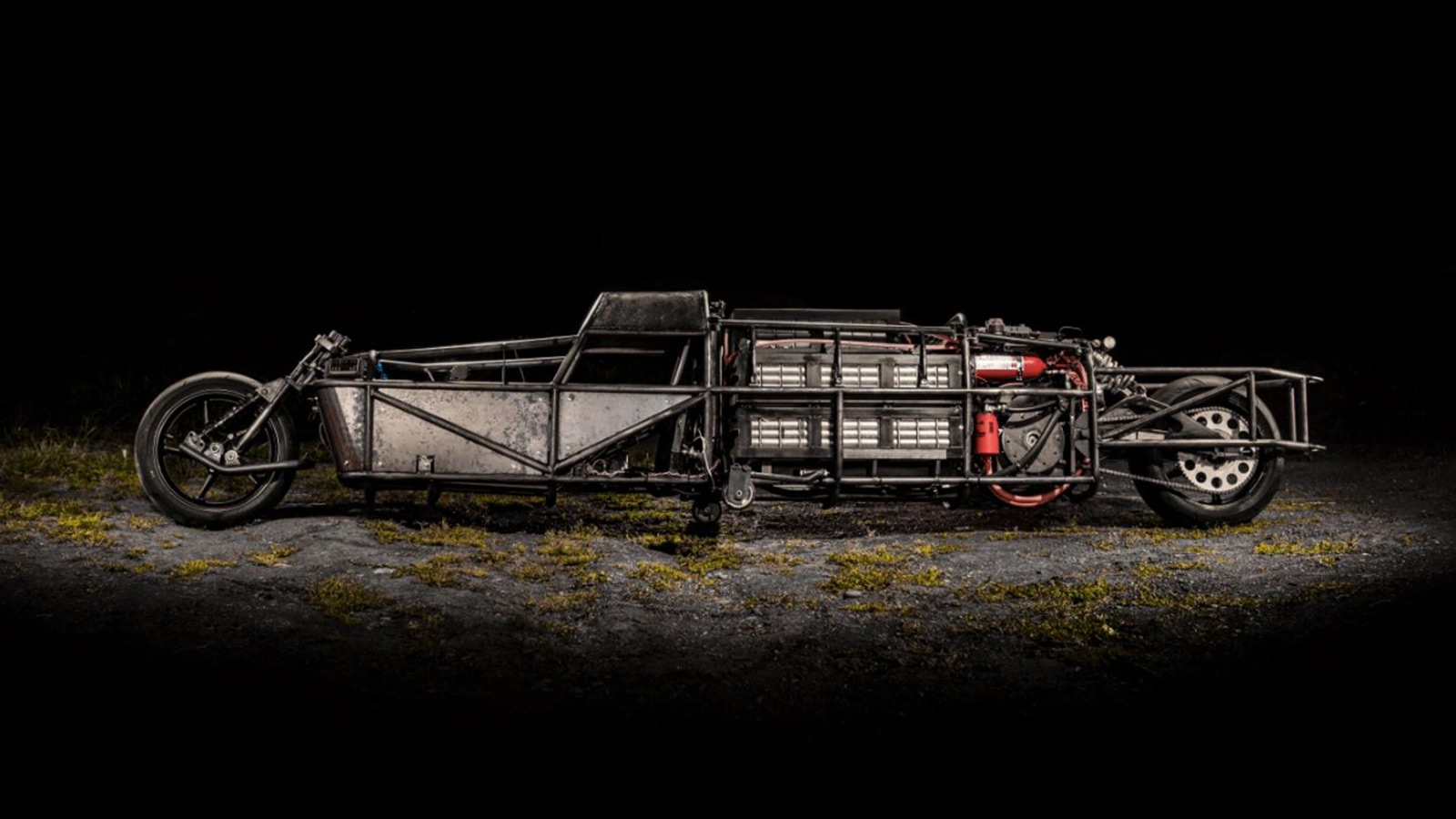 The Lark Streamliner Electric Motorcycle might look like it belongs in a Mad Max era, but this particular bike is staged to set a new land speed record. It features an enormous wheelbase and at 1,700 pounds weighs almost as much as the average car. It is also powered by 22 kWh LiFeP04 battery cells, as well as a 200 kW motor that can deliver 268 horsepower. The best part about the Lark Streamliner Electric Motorcycle is that it has been built using salvaged parts from vehicles well past their prime.

The most recent test results showed the bike reaching 80 mph. Before you scoff at the low mph, you should know that the throttle was only at 10 percent. Do the math and you’ll quickly see that the design team is on the right path. Of course, staying on the track will be the most difficult part about breaking the record. In order to keep this monster of a bike balanced on its two wheels, the rider will need to go significantly faster without risking a burnout or fall. Time will tell if the Lark Streamliner Electric Motorcycle makes it into the record books. If you want to be a part of its journey, or if you simply want bragging rights when it sets a new record, you can donate to Lark Machine Co. today.