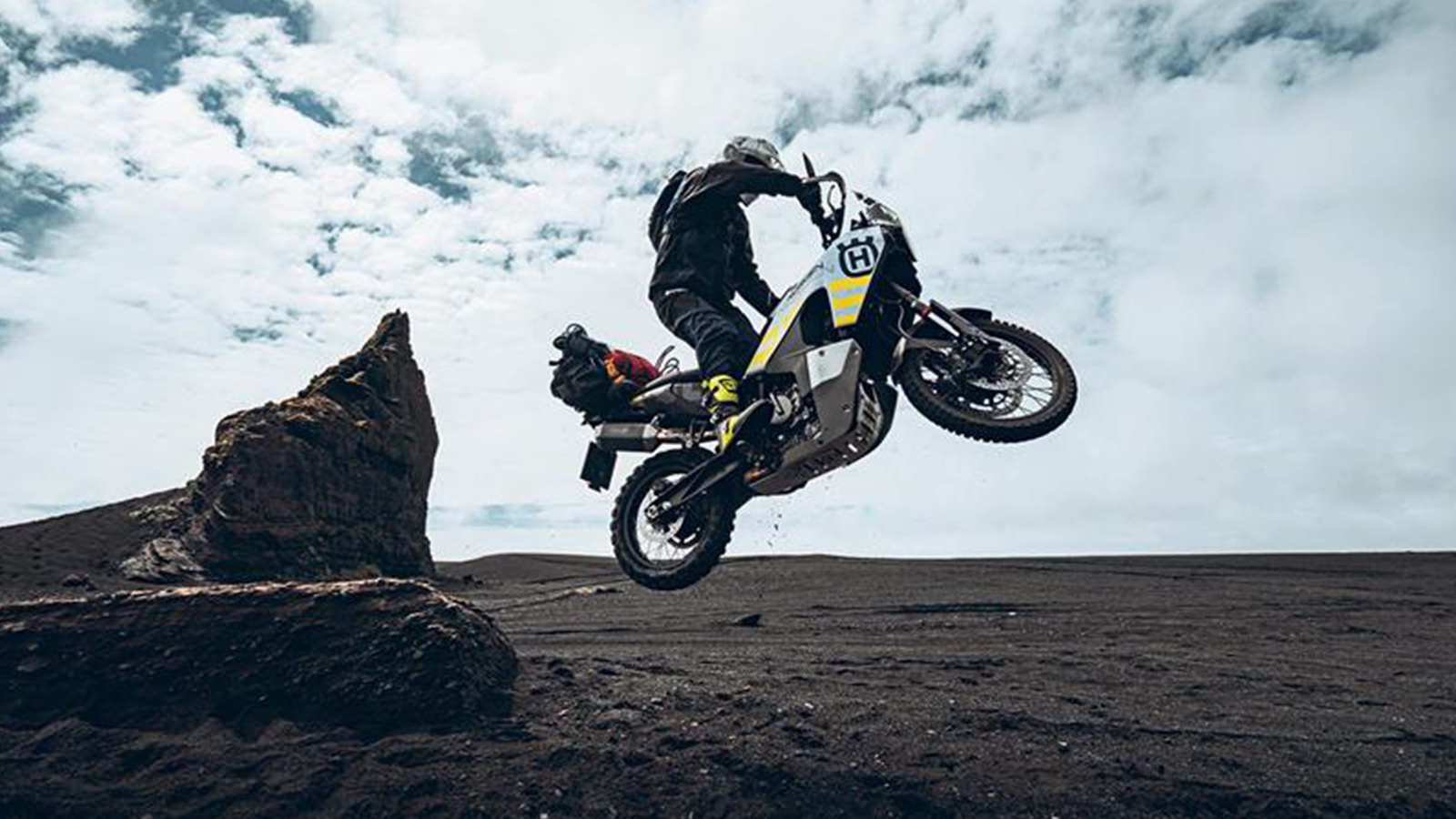 Husqvarna has released a new promotional video showcasing its highly anticipated Norden 901 Adventure bike. This short documentary demonstrates the Norden 901 capability as an adventure motorcycle in one of the most diverse landscapes in the world, Iceland. The video features a pair of Husqvarna Norden 901 prototypes expertly maneuvered by five-time Dakar rally winner Cyril Despres and extreme explorer Mike Horn, who has also competed in the Dakar rally. In the hands of experts, the Norden 901 exports the glaciers, black beaches, mountains, and waterfalls Iceland offers in a two-wheeled grand tour. Be warned, watching the video will give you a powerful urge to leave it all behind and chase sunsets on two wheels. However, the star of the video is the Husqvarna Norden 901. This is the biggest motorcycle in Husqvarna’s history and its first adventure bike using the same running gear as the KTM 890 Adventure R motorcycle. The Norden 901 is a softer, more luxurious, but still off-road-focused adventure motorcycle.

The video also gives us a better idea of the production version of the Husqvarna Norden 901. In the video, the two bikes wear different exhaust pipes leading many to assume that Husqvarna will offer at least two variants of the Norden 901. One will cater more to off-roading while the other may include options more suitable for long-distance road travel. Official specs have not been released, but experts predict the Norden’s 900cc parallel-twin engine will produce around 100-hp and 75 lb.-ft of torque with a curb weight under 500 pounds. No news on when the Husqvarna Norden 901 will debut. Considering that we are entering the later part of 2021, we expect Husqvarna will be releasing more details soon and arrive at dealers in spring 2022.

For more on Husqvarna, check out its Vektorr Concept Electric Scooter.