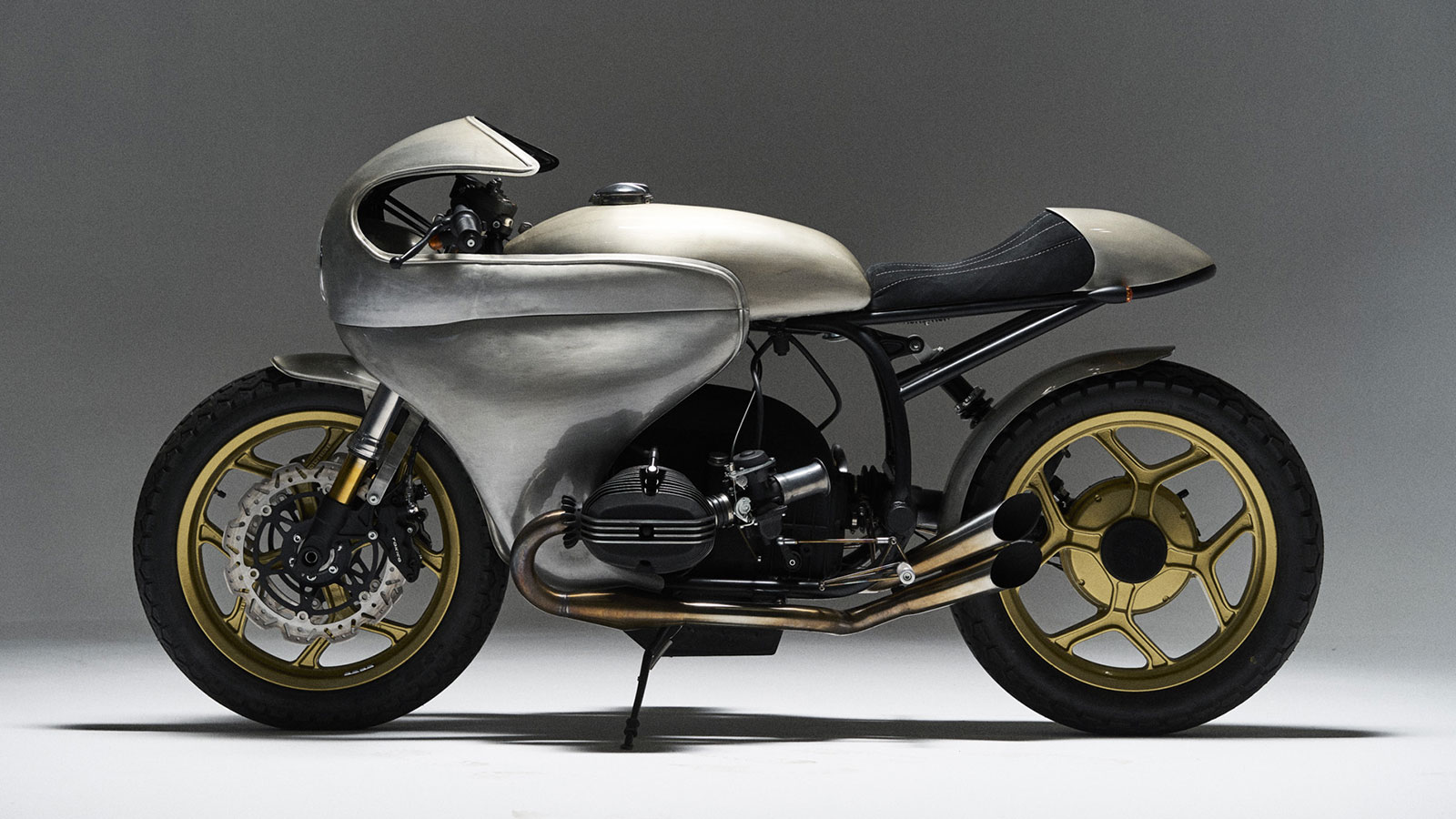 Eastern Spirit Garage is a custom motorcycle shop based in Poland. The key to Eastern Spirit is quality above all else, even if that means building less than a dozen bikes a year. The BMW R80 ESG 649 is the shop’s latest one-of-a-kind bike. It was commissioned by a car and bike collector who wanted a café racer style motorcycle built to his six-foot-five statue. The BMW R80 started with a 1993 BMW donor motorcycle that arrived at Eastern Spirit in a box with missing parts. The bike owner is known only as Marcin, and his specific requirements included a removable set of fairings and a spare tail for a passenger.

The building process involved using traditional coach building and metalworking techniques to shape the aluminum bodywork into the sleek wrap-around design. The Eastern Spirit BMW R80 has an all-new cockpit, different handlebars, and a custom fuel tank with a concealed cargo space. This area is where the bike’s Lithium-ion battery, brake master cylinder, and new wiring loom are tucked away from view. The BMW R80’s 797cc boxer engine features new gaskets, bearings, a custom starter cover, and Mikunis carburetors. But not everything on this bike is Bavarian. The forks are off a 2002 Suzuki GSX-R1000 along with the front brake calipers, and the rear brakes are from a 2009 Honda CBR1000RR Fireblade. The Eastern Spirit BMW R80 is a proper custom bike in every sense of the word. A hotrod on two wheels made to order, and built with imagination.