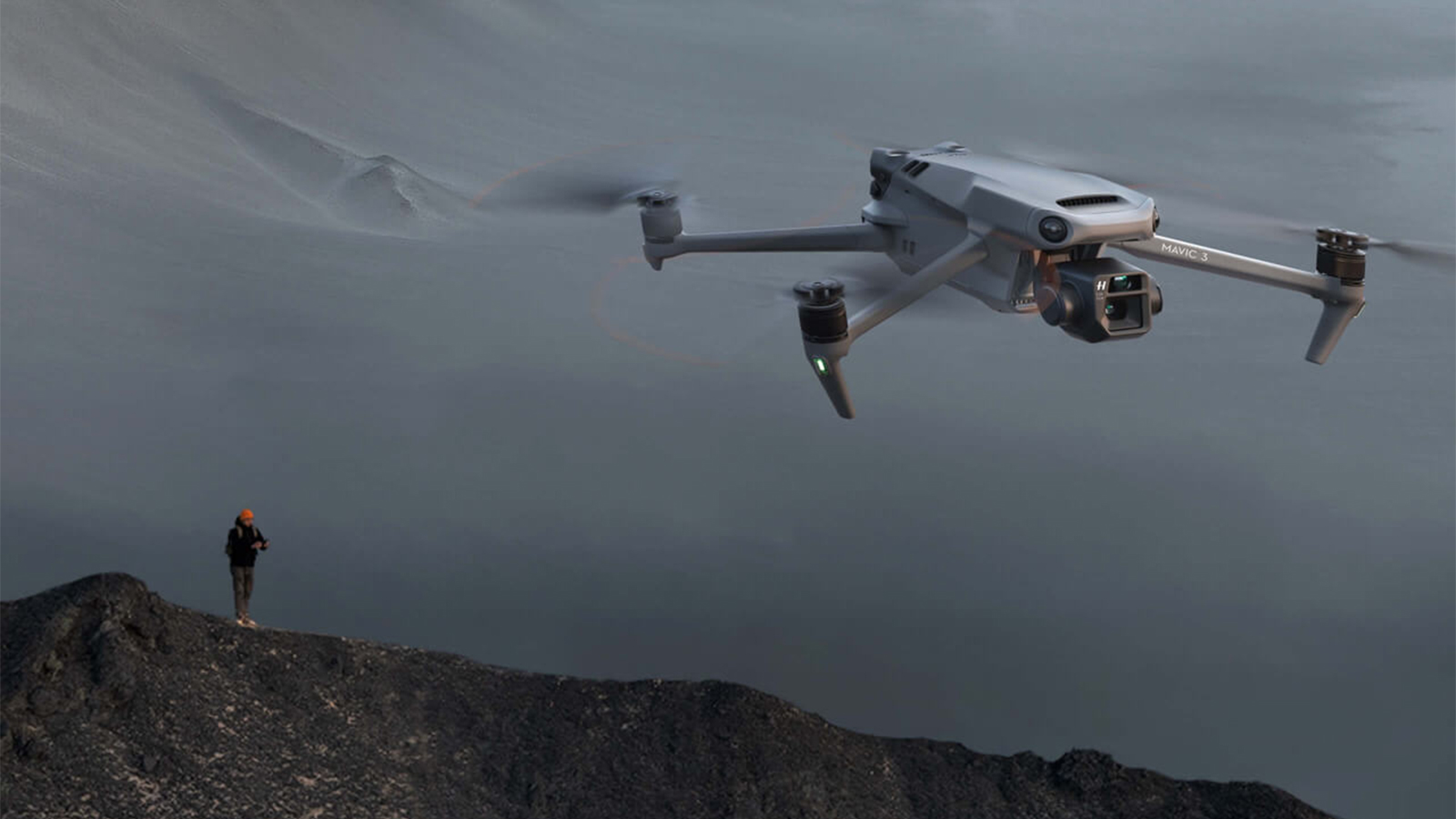 Taking aerial images has never been easier with the advances taking place in consumer drone technology. Contributing to this is DJI, a company that is pioneering camera stabilization systems used in its drones. The brand’s latest release is its top-of-the-line DJI Mavic 3, complete with a dual-camera system that features a custom Hasselblad L2D-20c aerial camera. The Mavic 3’s main 24mm (35mm-equivalent) f/2.8 – f/11 Hasselblad camera has a Four Thirds sensor that is considerably larger than the 1-inch sensor on the current Air 2S model. The main camera shoots 5.1K video at 50fps, or 4K at 120 fps — up from 5.4K 30fps and 4K/60p video on the Air 2S. To get in even closer, DJI has added a second camera directly above the main camera. This one has a half-inch 12-megapixel sensor and 162mm tele lens (35mm equivalent), which is around a 4X zoom or claimed 28X hybrid zoom.

DJI has incorporated significant upgrades to the Mavic 3 as compared to past versions. The Mavic 3 is the first DJI drone that has the ability to transmit live 1080p/60 fps video from the drone to the controller. It possesses a new ActiveTrack 5.0 system and APAS 5.0 object detection, which enables the drone to detect items from .5 to 200 meters thanks to these new, improved sensors. The Mavic 3 supports encoding in Apple ProRes 422 HQ, DCI 4K, and 5.1K. However, the Apple ProRes 422 HQ encoding is only available on the pricier Mavic 3 Cine edition. With a wingspan of 8.4-inches and a width of 3.8-inches the Mavic 3 weighs in at only two pounds and, when folded up in its included carrying bag, the drone is about the same size as a regular zoom lens camera.

For another DJI product, check out the DJI 2 Dual Screen Combo.