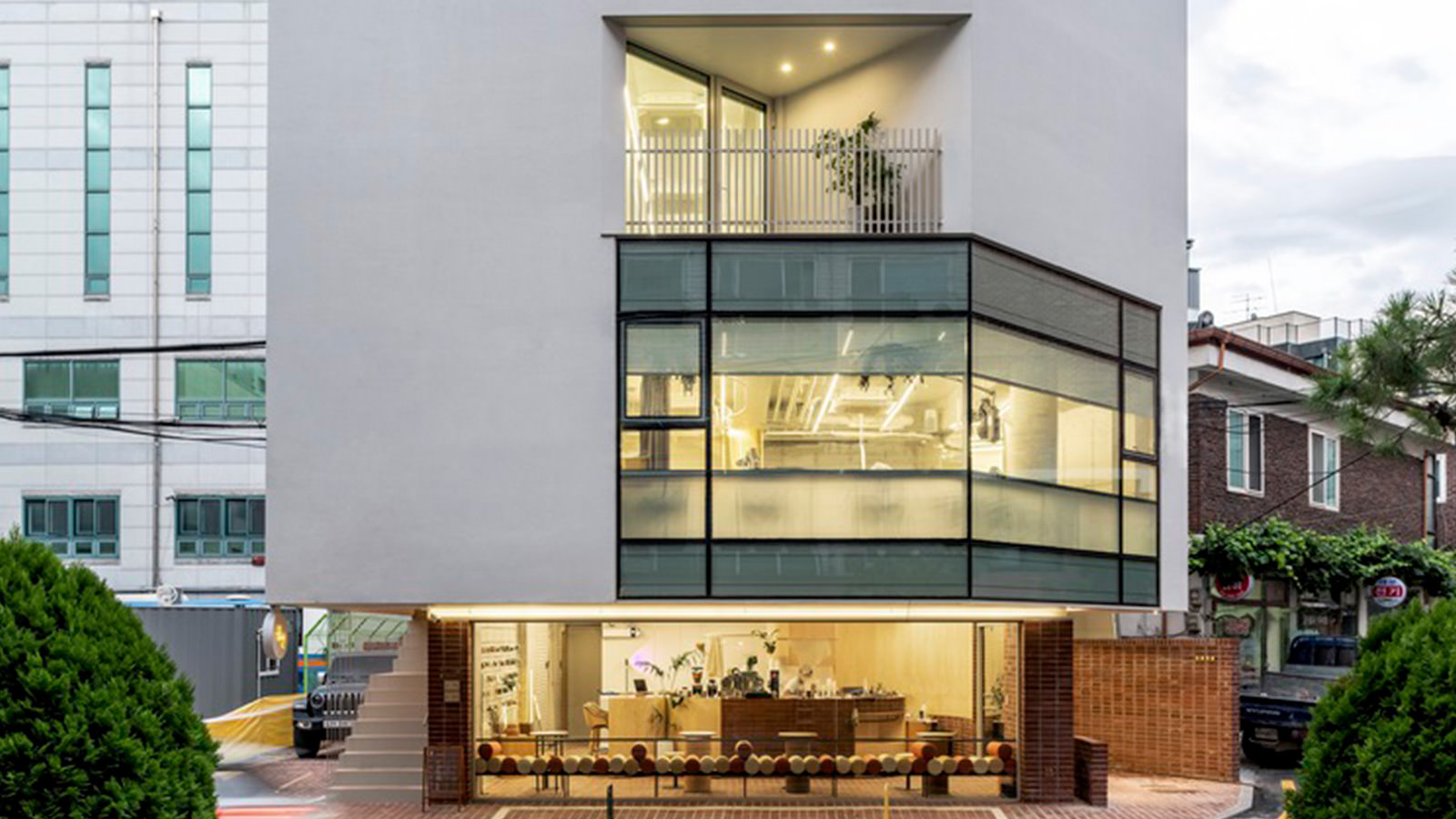 Located in the Gangseo District of Seoul is the Deungchon Ohgak Shop and House by OHOO Architects, a combination retail shop and living quarters for the shop owner. The architect and the client met a number of times in advance of the design phase of the building in order to determine the client’s lifestyle and preferences for both her store and living spaces. It was determined that the client was a homebody at heart, preferring to stay in her home on her days off, just enjoying her surroundings. She expressed a strong interest in having a sense of openness in her new home as well as large terraces to enjoy the outdoors.

Situated on a pentagonal-shaped plot of land, the design of the building conforms to and complements the space. The first level of the exterior front of the building was recessed, allowing for more sidewalk space to accommodate the crowded street. Large, floor-to-ceiling windows were installed to create a more open atmosphere for passersby, as well as the owner and customers of the store. The facade of the Deungchon Ohgak Shop and House is painted white, making it a distinctive structure on the city block.

The second floor, which is accessed by an open stairway leading from the yard of the building, has floor-to-ceiling front windows that contribute to the sense of openness that exists throughout the building. On the third floor is a small south-facing terrace, which serves to bring the exterior scenery into the building. At the client’s request, both the third and fourth levels have large windows and wide terraces with a louver railing design that adds a sense of privacy from the street below. The railings also add visual interest to the building itself. The living area of the building consists of a living, dining, and kitchen area. In addition, a space serves as a bedroom as well as extends the living area when not in use.

For another fascinating work of architecture, see Cat-tagonal House By B.U.S Architecture.