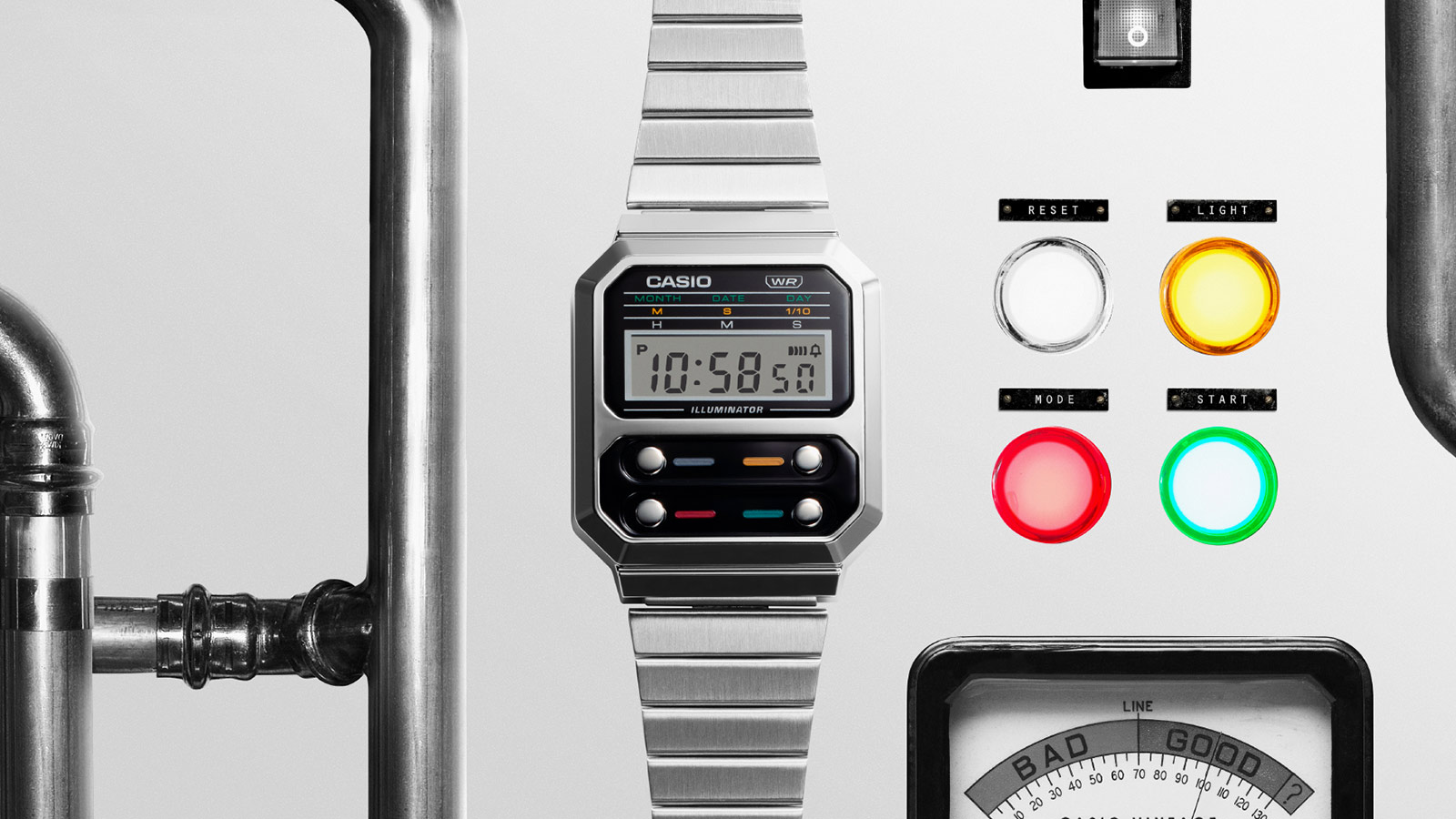 First appearing in 1978 on the wrist of Sigourney Weaver’s character, Ripley, in the movie Alien, the release of the Casio A100 Series pays homage to that classic favorite. The Alien watch was originally created by the prop department from two F-100 watch cases. The 1978 version of the series was noteworthy as it was the first by the brand to be constructed with a full resin exterior. After its appearance in the fan-favorite movie Alien, the F-100 became a rare collector’s item.

The look is like a variation of the brand’s basic digital watch formula with an LCD display and four buttons for various functions, but the A100 Series takes the buttons usually found on the case sides and places them right on the front. Further, rather than labeling them (as many Casio watches do), each button is simply identified by a different-colored bar next to it. There might be some practical benefit to having the buttons on the front of the watch, but most of all it lends a slightly funky, gadgety (reminiscent of the brand’s calculator watches), and more colorful aesthetic. The modern take on the F-100 series will also feature resin-made cases and a retro-futuristic style complete with four buttons on the front face that resemble controls. The Casio stainless steel band and nickel-free, metallic-style finish, with an LCD display and glass printing finish up the classic look. There will be three models to choose from within the Casio A100 Series including options in gunmetal, gold, and silver.

For another recent Casio release, check out the G-Shock GMW-B5000TR-9.