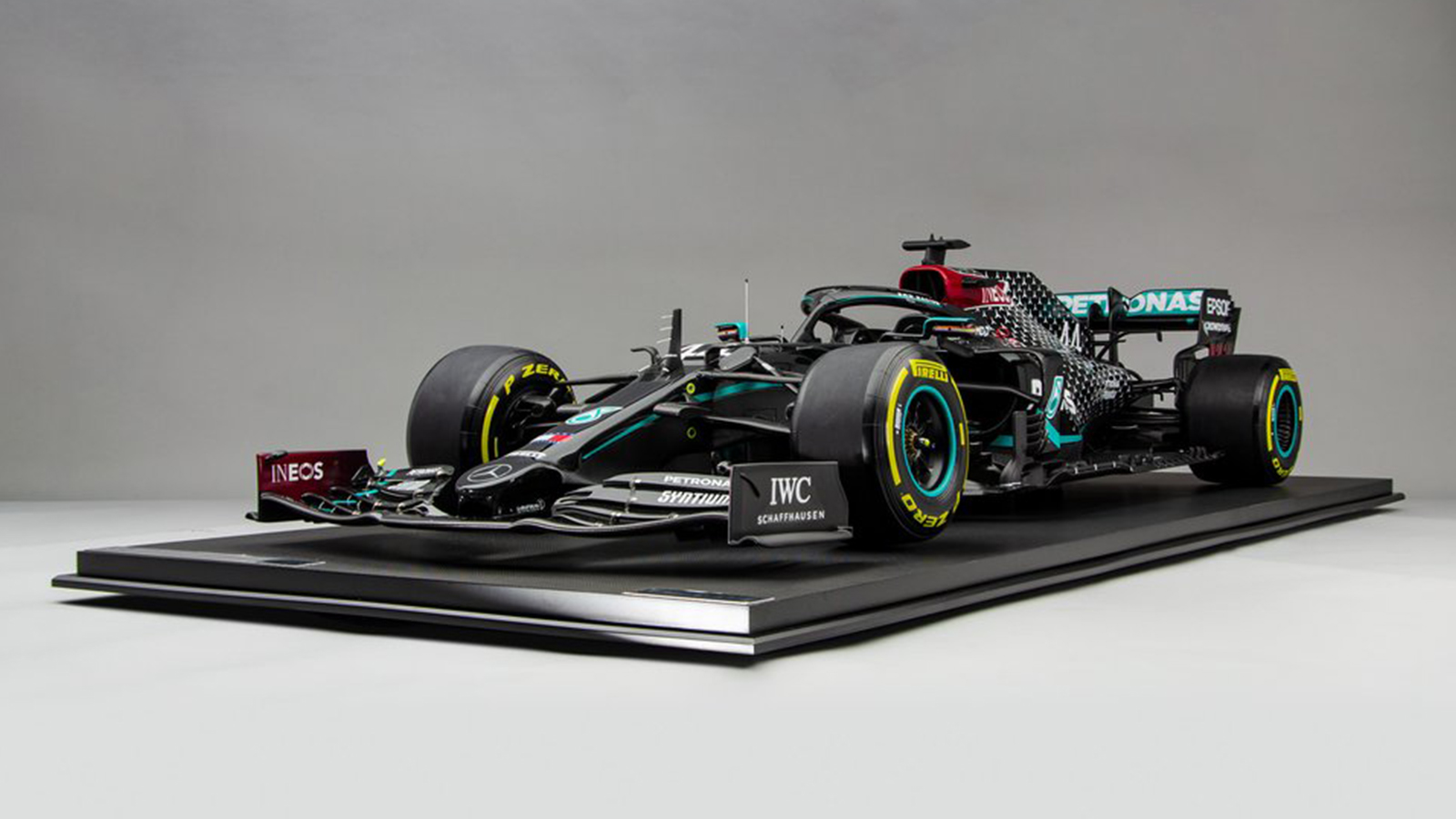 Measuring a sleek 4-feet long, the Amalgam Mercedes-AMG F1 W11 EQ Performance 1:4 Scale Edition makes it possible for every Formula 1 or Lewis Hamilton fan to own a piece of history. Based on the #44 car Hamilton drove to victory at Autodromo Internacional do Algarve during the Formula 1 Heineken Grande Premio de Portugal 2020, this hand-crafted 1:4 scale race car is one of just seven that will bear the world-famous number.

The choice to meticulously design and craft seven of these precision-built models is far from an accident. Each race car is a celebratory homage by Amalgam to Hamilton’s seven World Drivers’ Championships. It was during the 2020 Portuguese Grand Prix that Lewis Hamilton secured his 92nd Formula 1 race win, leading him to overtake the previous record holder, Michael Schumacher.

In addition to the Lewis Hamilton edition of the Amalgam Mercedes-AMG F1 W11 EQ Performance 1:4 Scale Edition, the company is also developing two other scale models. The George Russell edition will precisely mimic the #63 car the young British driver helmed at the Formula 1 Rolex Sakhir Grand Prix 2020. A Valtteri Bottas edition is also slated to be released. Each of these two latter 1:4 scale models will be limited to just five vehicles.

In other Amalgam Collection news, check out the 1:18 Ferrari 250 GTO.