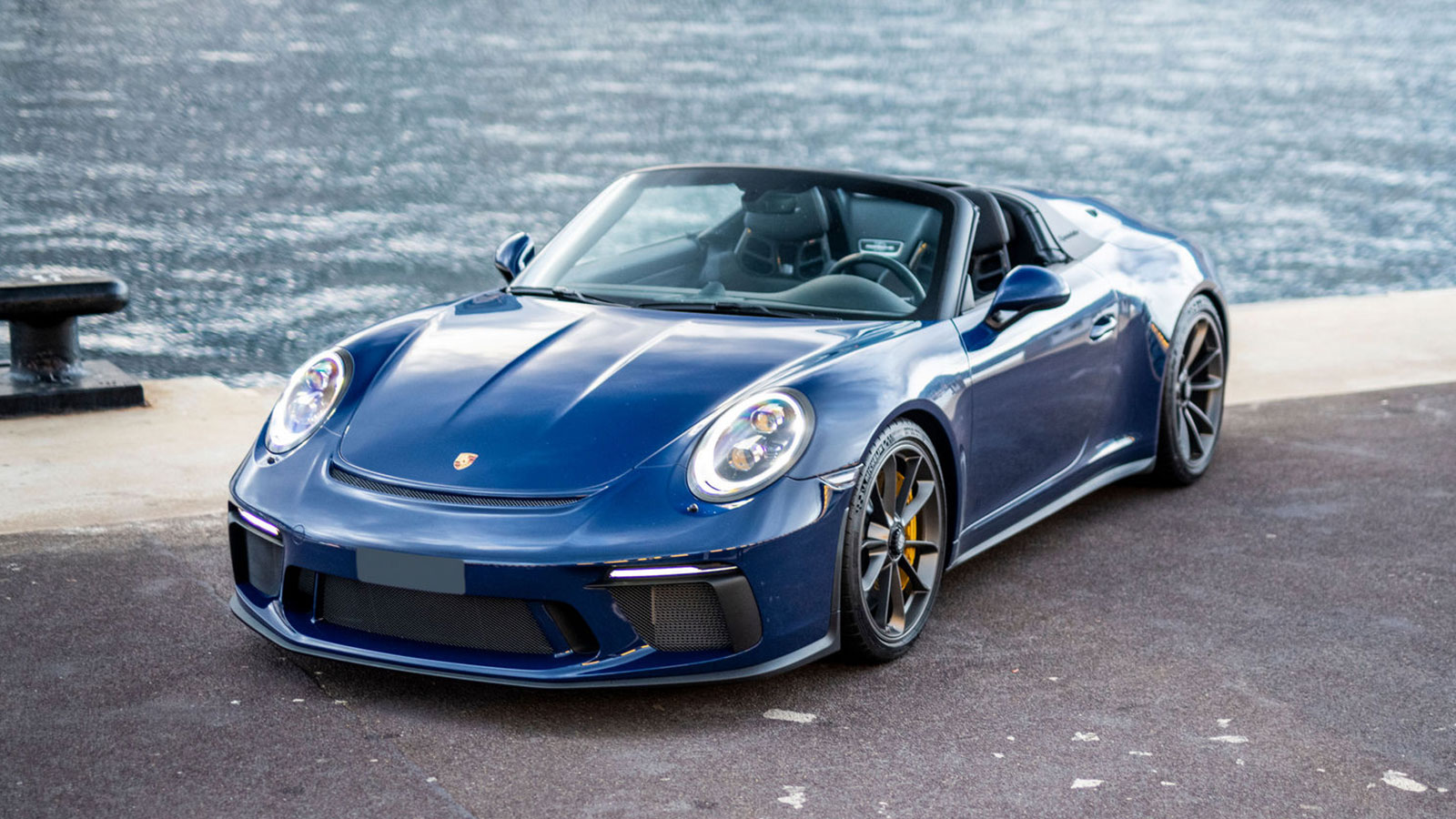 In late 2019 Porsche ended production of the 991 generation 911. In honor of this outgoing generation they built 1,948 examples of the 2019 Porsche 911 Speedster. On the list of vehicles set to be part of The European Summer Auction will be number 29 of this special edition of 911 Speedsters. It will be auctioned off by RM Sotheby who posted a listing of the car highlighting its best angles which happen to be all of them.

This 2019 Porsche 911 Speedster is powered by a naturally aspirated 4.0-liter flat six similar to the engine in the 911 GT3. This engine produces 502 horsepower and 469 pound feet of torque with a 9,000 rpm redline. Being a special edition Porsche these limited production 911 Speedster only came equipped with a six speed manual transmission. It lives up to its name by reaching 60 miles per hour in 3.8 seconds and a top speed of 192 mph. The 2019 Porsche 911 Speedster is a truly gorgeous driver’s car that will be up for auction at the European Summer Auction July 14-21.