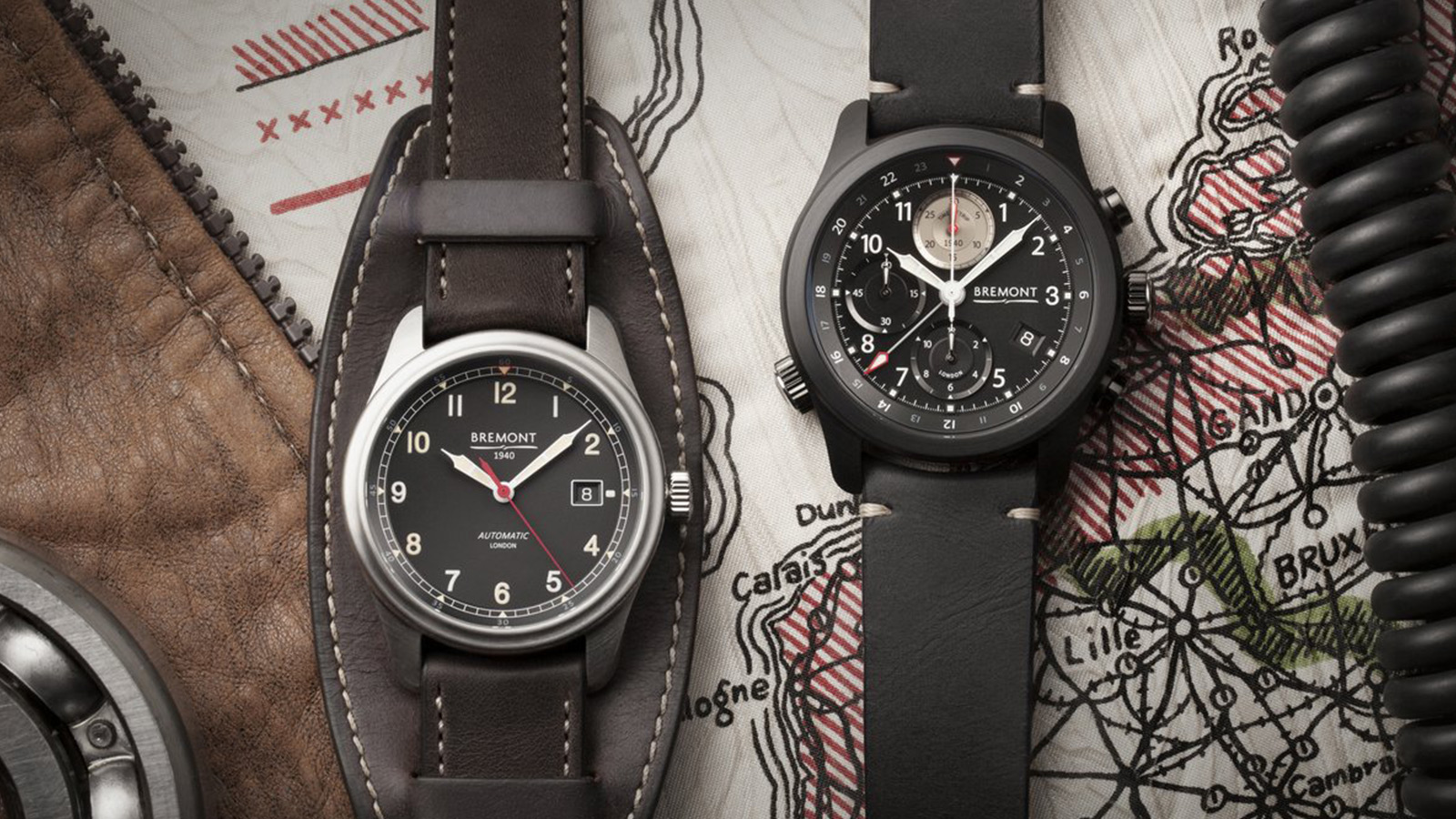 The Bremont Battle of Britain Collection offers tributary timepieces to the air battles fought against the Luftwaffe by heroic pilots of the RAF during the early years formative to the landscape of the European theater of the Second World War. To commemorate the bravery of the pilots, Bremont has put together a two timepiece collection. With an extremely limited production of just 80 sets as we approach the battle’s 80th anniversary, the pair of watches will include homages to both the Spitfire and the Hurricane fighter planes.

One timepiece contains an extremely wide leather band, with a singular bracelet that, at its thickest point, is wider than the watch face itself. The tanned, chocolate brown leather looks elegant against the stainless steel watch face and the clean, deep gold and white numbers on the watch are easily read against the black backdrop. Bremont made the second watch with a black strap that is offset by simple, white stitching. This watch face includes three secondary timers placed into the watch, giving you a number of added features, all of which were necessary for pilots during the Battle of Britain.