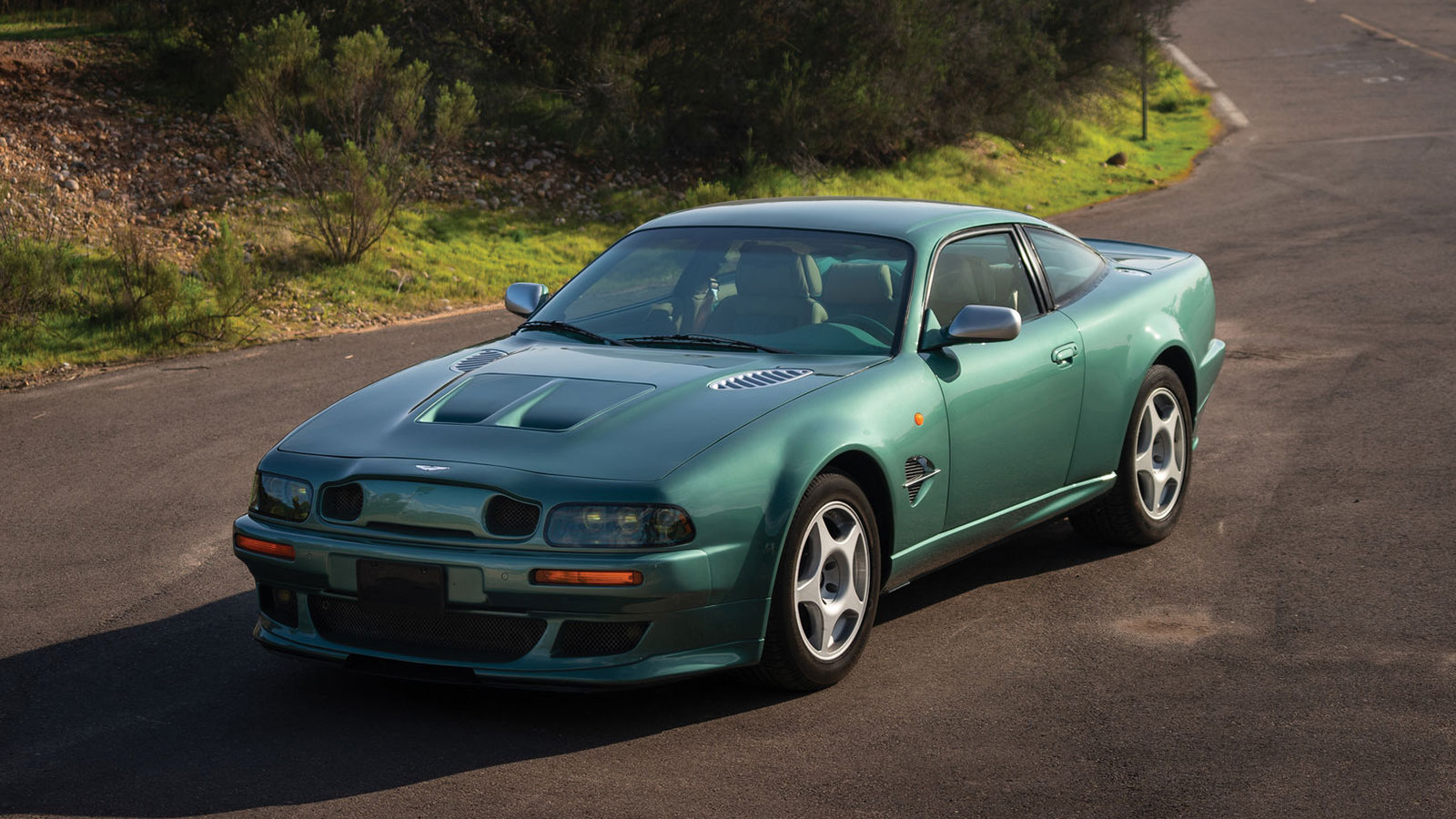 Just 40 of the 2000 Aston Martin Vantage Le Mans V600 were made in honor of the company’s 40th Anniversary of its victory at 1959 Le Mans. The supercharged version of Aston Martin’s V8 Vantage got lots of sporting gear, including larger cooling ducts for better downforce, reshaped side vents and redesigned fuel caps. The V600 had a top speed of 200 mph. One of these was special-ordered by His Excellency Sheikh Abdelaziz bin Khalifa Al Thani with the Al Thani royal family crest on the rear seats, owner’s manual and the gearshift. In October 2008, the car was sold to a private museum in Japan with 16,800 kilometers on it. When the 2000 Aston Martin Vantage Le Mans V600 was brought to the United States on a show or display exemption in 2017 with only 11,806 miles on it.

If you are a collector looking for power, luxury and speed in a perfect combination, you have a chance to get this one-of-a-kind royal vehicle. It will be up for auction by RM Sotheby’s on March 6th and 7th at Amelia Island. The auction house expected the winning bid to be between $375,000 and $425,000. The commemorative Aston Martin packs a is a 5.3-liter V8 engine that features two M90 Eaton superchargers that turn out over 600 hp. The Le Mans V600 goes from 0 to 60 in just 3.9 seconds and reaches 100 mph in 10 seconds.