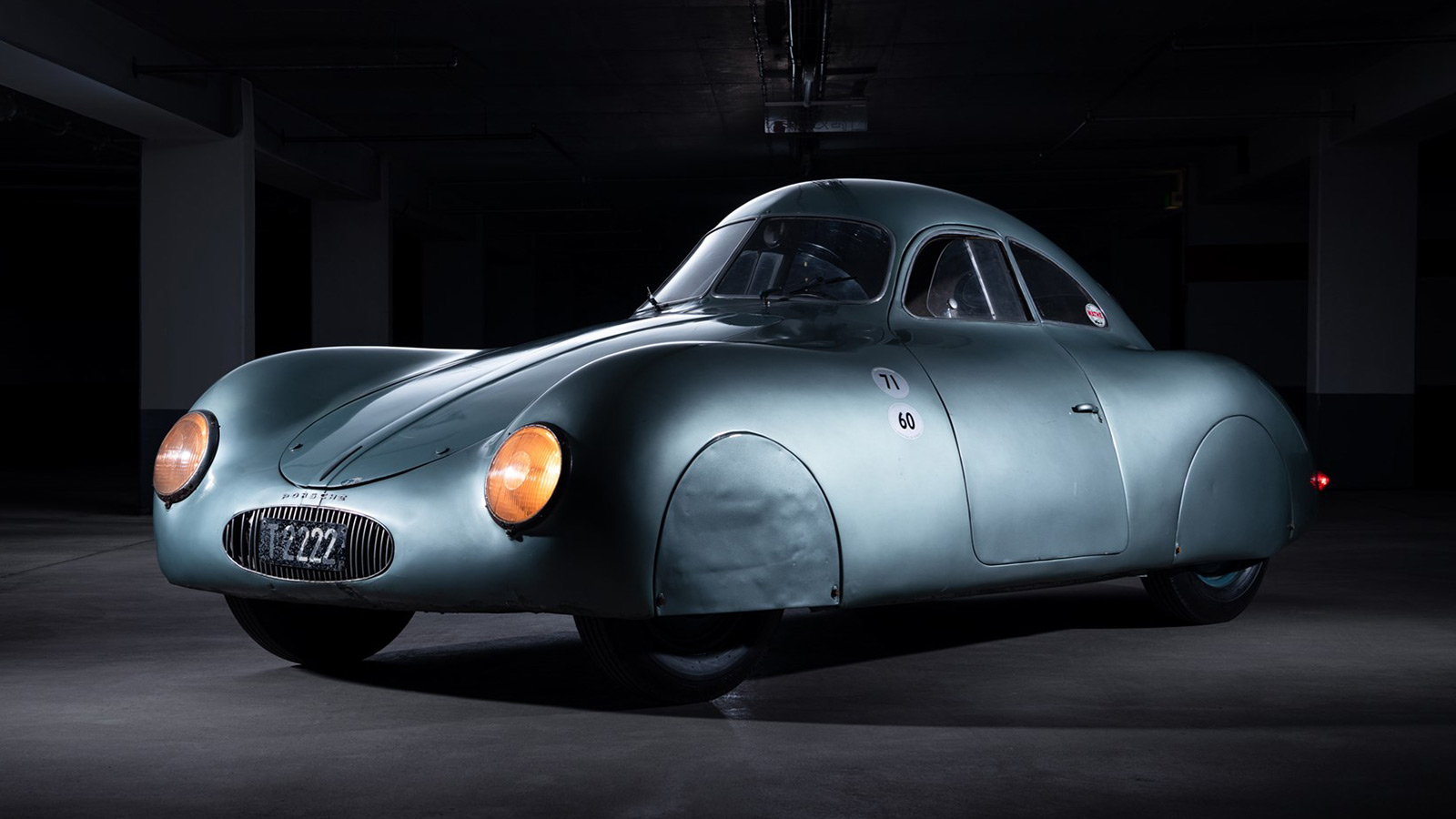 While the 356 is the first Porsche to come off the assembly line in 1948, it wasn’t the first vehicle built by Ferdinand Porsche. That honor goes to the Porsche Type 64, of which three were built between 1939 and 1940. One of those, and in fact the only one of the three that still exist, is going up for auction later in the summer.

Known as the Porsche Type 64 60K10, this 1939 Porsche was built to compete in the Berlin-Rome race, although the race was eventually canceled due to the outbreak of World War II. While the other two Type 64s were damaged during the war, this one was maintained and held by the Porsche family.

The air-cooled flat-4 engine (with 32-horsepower) is set to hit the auction block at the Monterey Car Week auction in California on August 15-17. If you’re interested, you’d better bring your pocket book, as it’s expected to fetch at least $20 million.