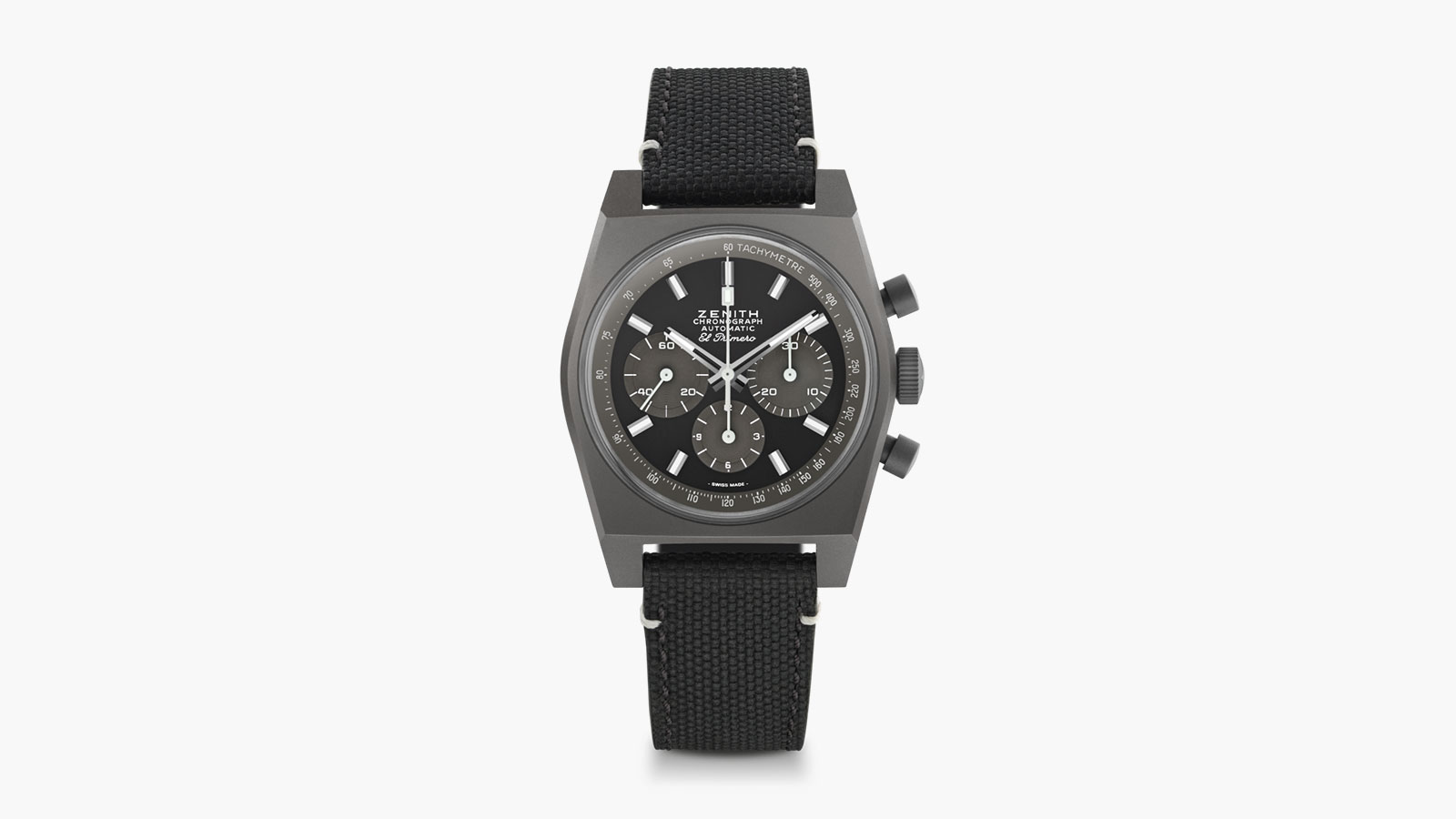 The Zenith Chronomaster Revival “Shadow” exudes a subdued elegance and comes with a unique story that belies its modest presentation. The watch is a modern revival of a rare prototype that had been lost in Zenith’s archives since 1970. The watch was never produced and it only came to light in 2019 when the Zenith team, preparing to celebrate the 50th anniversary of the El Primero chronograph calibre, found the mysterious prototype in watchmaker Charles Vermot’s walled-off attic. They decided that such a find needed to be brought to life, but rather than making an exact replica, they created a watch that pays tribute to the original design while bringing it up to date with the modern features that customers expect.

Its muted 37mm case is a replica of the original, but it’s made from microblasted titanium rather than that stainless steel that was popular in the ‘70s. Also unlike the prototype, which featured a manual-winding chronograph movement, this watch uses an El Primero 4061 calibre automatic movement with a power reserve lasting 50 hours.

The color scheme of this piece stands out among previous releases of the Chronomaster, adding a new dimension to one of Zenith’s most identifiable designs. This low-key look brings extra attention to the intricacies of a dial that hosts a central chronograph along with 12-hour, 30-minute, and small seconds counters at 12, 3, and 9 o’clock. A black Cordura effect band provides a textural contrast that is appealing and gives the watch a comfortable feel.