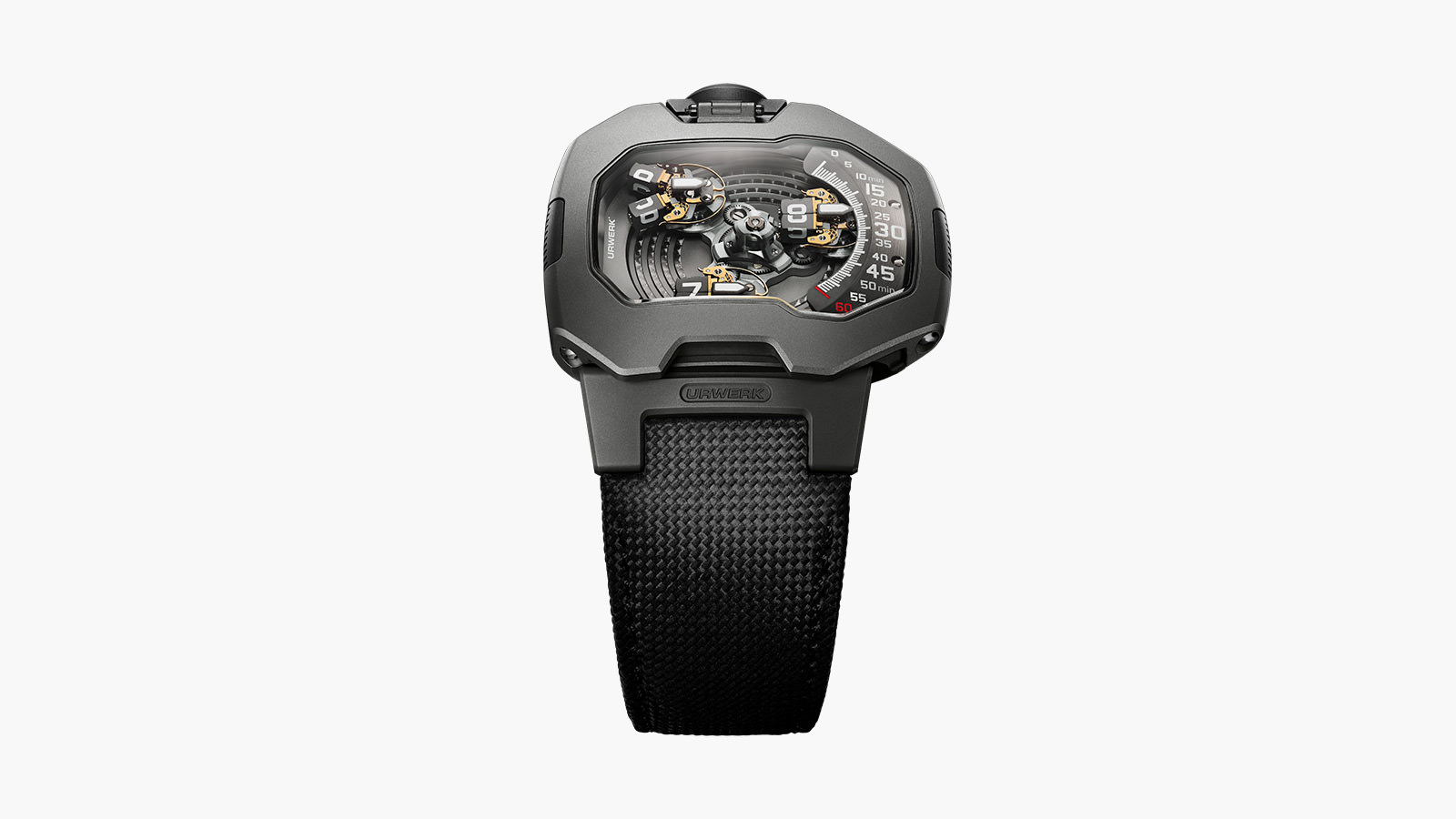 Drawing inspiration from outer space, Swiss watchmaker Urwerk is known for its otherworldly timepieces. The newly-released UR-120, also known as Spock, features a redesign of the company’s unique satellite indication system, which has been its defining element since its inception in 1997.

The Urwerk UR-120 pays tribute to the legendary Star Trek fiction franchise. The time display is reminiscent of the character Spock’s iconic salute, with his palm facing forward and fingers forming a V shape. The watch’s technology also embodies Spock’s favorite phrase, “Live long and prosper.” The company identifies its watches as its own species of time-telling devices, and the UR-120 is the latest adaptation.

The idea for the UR-120’s unique display came from the Beta Quadrant, 16.5 million light-years from Urwerk’s home on Earth. The watch’s satellites split open, allowing the two parts to spin separately, displaying a new hour. Like the company’s previous pieces, the Urwerk UR-120 satellite carousel moves up and down the vertical minute display at the right of the watch case. This timepiece is its own solar system with digital hour symbols mounted on planet-like gears.

Fluid lines, a completely smooth case, and ergonomic design make the UR-120 as comfortable and eye-catching as it is complex. The significant 47mm x 44mm x 15.8mm case features a sandblasted steel upper area and a sandblasted titanium lower region. The watch is almost entirely gray with luxurious 24-carat-gold, PVD-coated springs, and Maltese crosses. Powered by the in-house UR-20.01 self-winding movement, the watch has a power reserve of 48 hours. This outer space-inspired timepiece is available as a limited production piece at select retailers.

For more news from Urwerk, check out the UR 100V Ultraviolet. 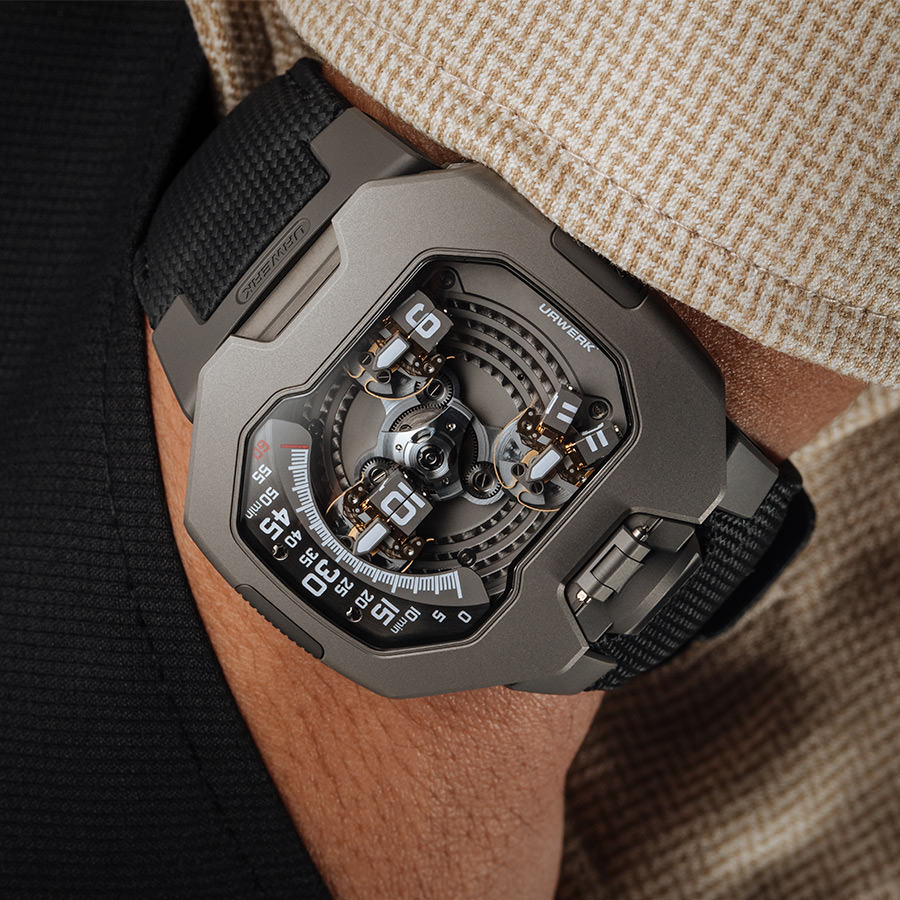