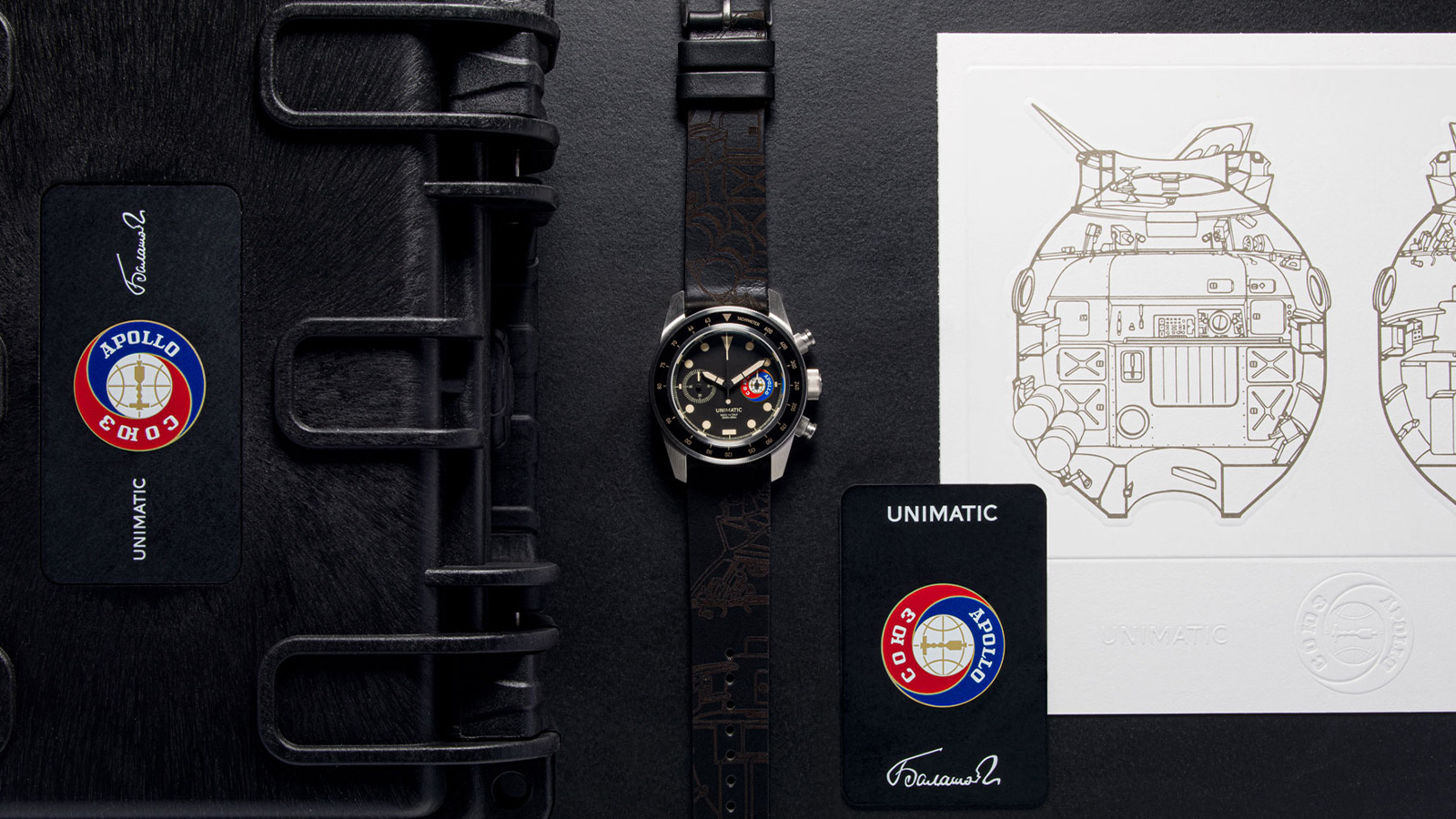 For decades, the Omega Speedmaster Professional was known simply as the “Moonwatch,” was the watch associated with space and was sanctioned by NASA for spaceflight. This watch was the most desired timepiece for Apollo-era astronauts. Now, UNIMATIC is offering a new space-themed watch, its UNIMATIC Modello Tre U3-AS Apollo Soyuz. This new timepiece celebrates the Apollo Soyuz 1975 mission, which was a joint operation between the Soviet Union and the United States that was a significant public relations victory for both space programs. The diving chronograph pays homage to Galina Andreevna Balashova, a Russian designer and architect associated with the Soviet Space Program who created the legendary Apollo-Soyuz logo and also designed much of the Soviet-era spacecraft interior.

Interestingly enough, Balashova is credited with solving the significant problem of zero gravity disorientation, which had plagued the space industry by using contrasting colors in the interior design, which was a simple yet innovative breakthrough. One of the most notable features of the Apollo Soyuz is the 120-click unidirectional bezel equipped with a tachymeter scale, an uncommon combination that adds a bit of unexpected flair to UNIMATIC’s typical minimalist design language. Otherwise, the watch is equipped with the two-register dial layout that is typical of the Modello Tre series, featuring a 24-hour register at three o’clock with the Apollo-Soyuz logo and an open 60-minute totalizer opposite it at nine o’clock. The timepiece references Balashova’s revolutionary designs on the laser-etched leather strap and the chronograph caseback. The limited-edition UNIMATIC Modello Tre U3-AS Apollo Soyuz will include 200 pieces. The exclusive set will come with a numbered and printed schematic of the Soyuz module and will include Balashova’s signature.

If you liked this, check out The IMBOLDN Edit: The Best Chronograph Watches of 2021. 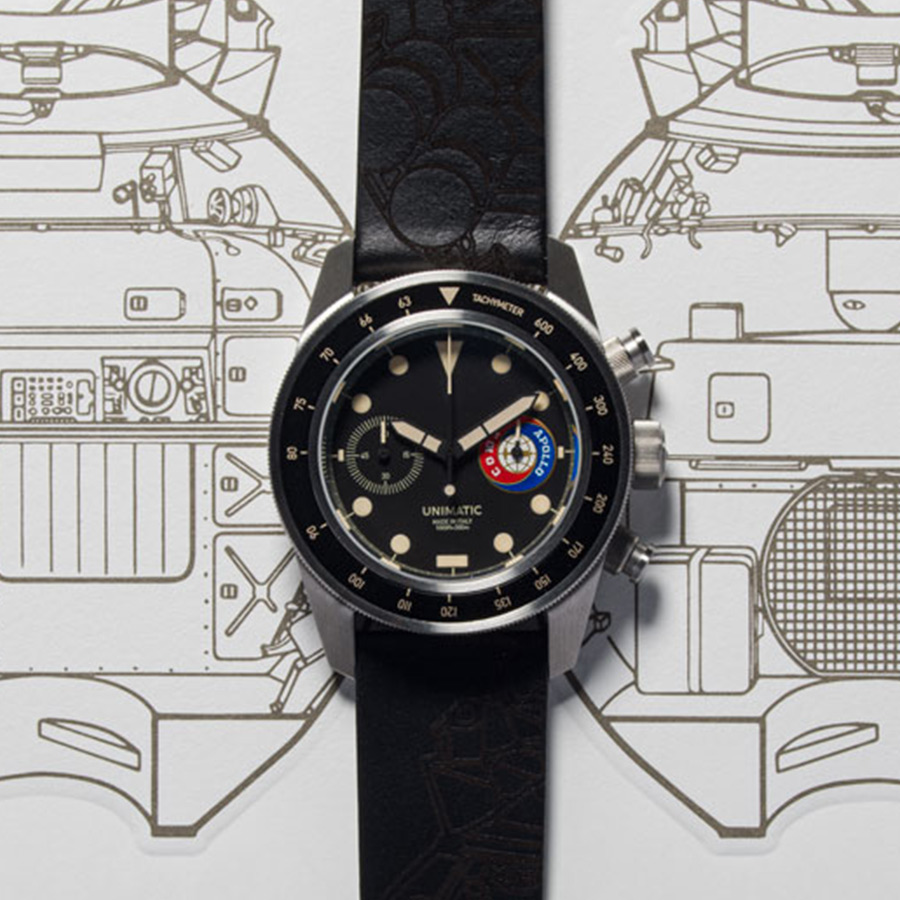