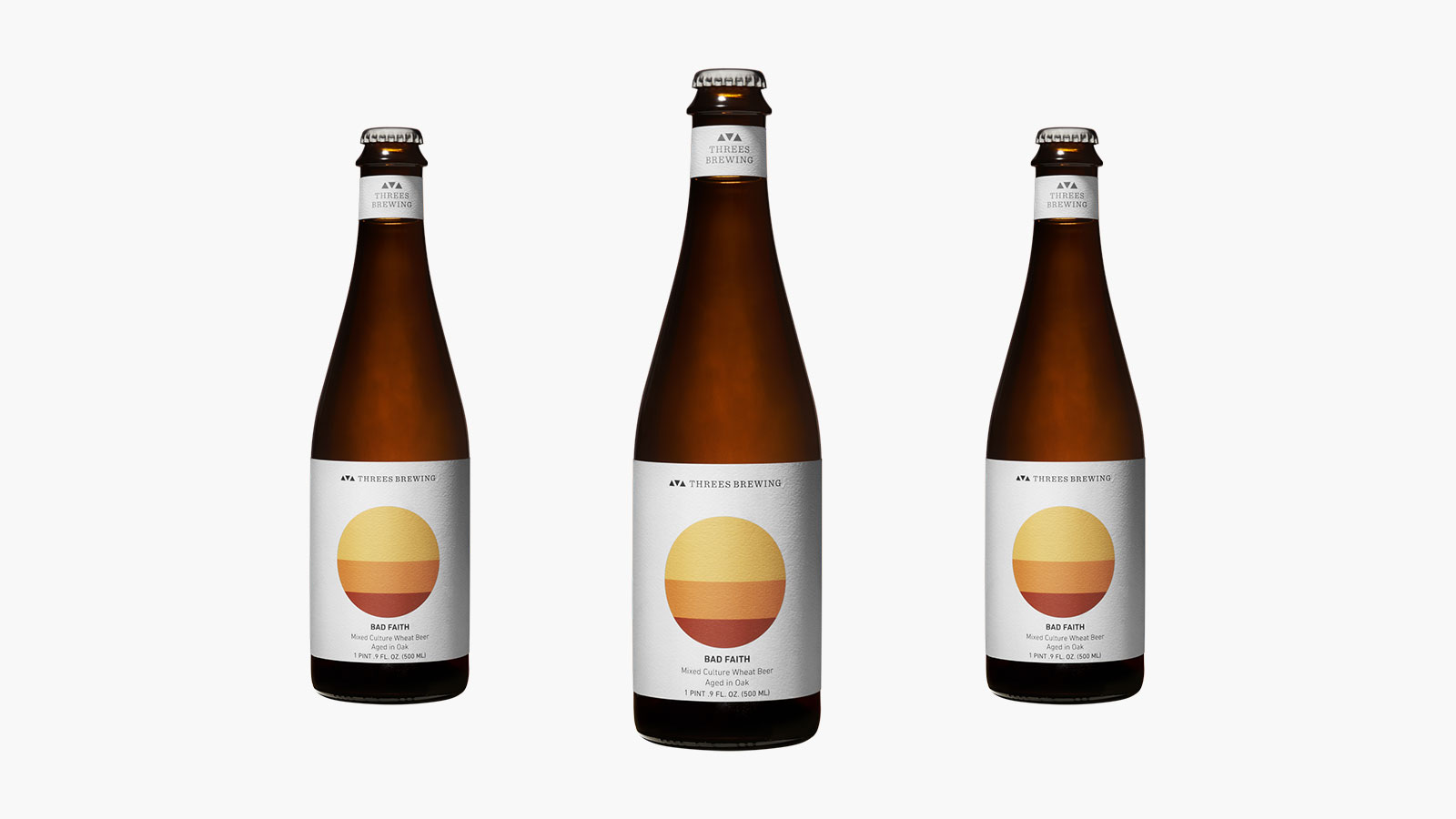 The crisp refreshing taste of this mixed culture wheat beer was no easy task to achieve. The brewing method behind the Threes Brewing Barrel Aged Bad Faith Beer required it to be aged in oak for months to achieve that taste. The German Pilsner malt, malted wheat, NYS Unmalted Red Fife Wheat, and American Wheat Flakes were hopped with Hull Melon for a base that hosts aromatic flavors from daisy to citrus notes from lemon and orange. A touch of bitterness from its aftertaste adds another dimension to the 6% ABV beer that beckons another sip.

The citrus heavy taste of the Threes Brewing Barrel Aged Bad Faith Beer is reminiscent of a Hefeweizen thanks to the focal point that the orange flavor serves as. Unlike a traditional version of that German Whietbier, Threes Brewing brings its specialization on mixed cultured beer to each bottle that adds layered flavors that are built upon the German malted wheat at its core.