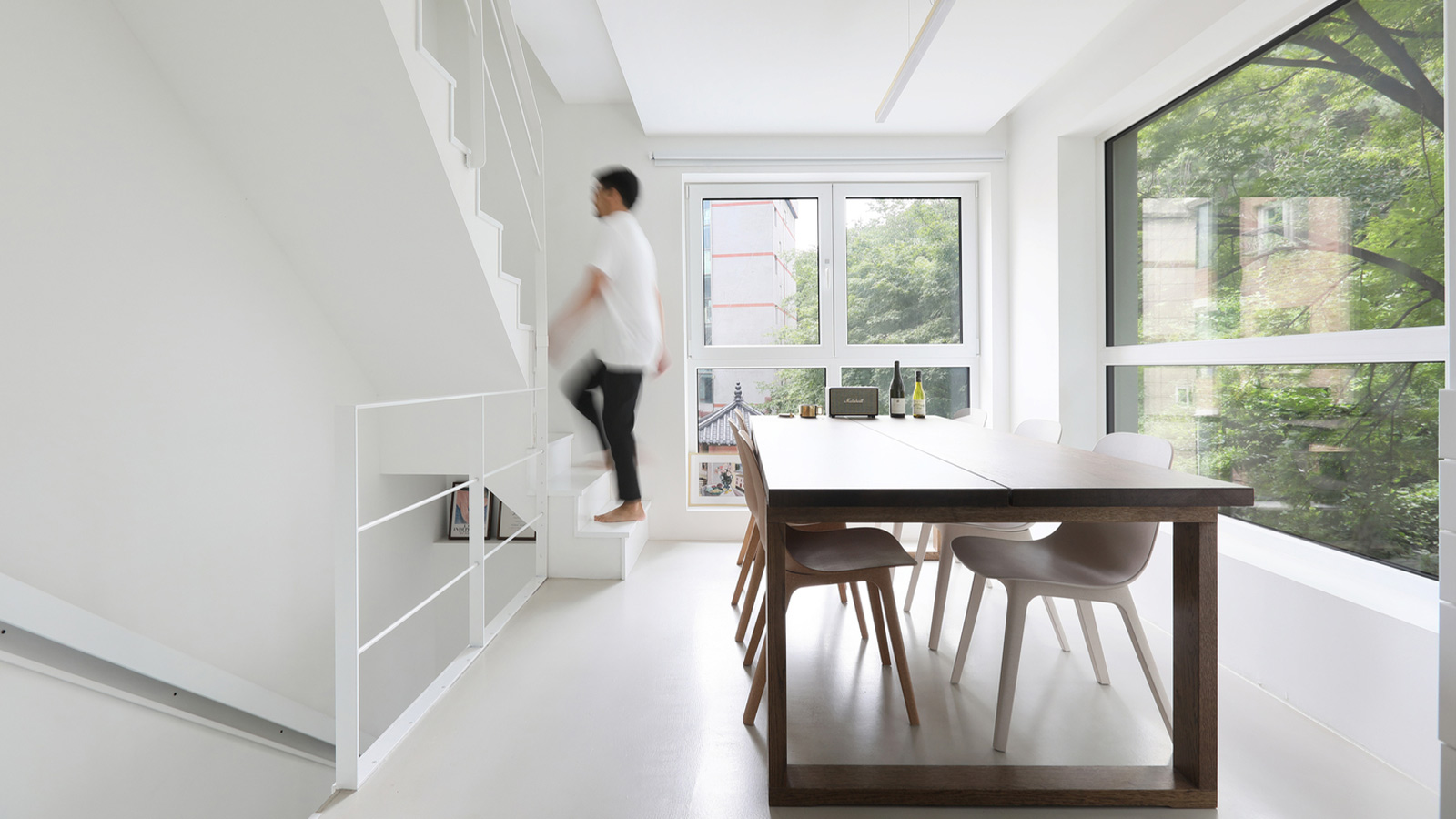 Seroro House, located in Seoul, South Korea, is likely one of the best examples out there of a micro house design that fits perfectly into its surroundings. Seoul-based Smaller Architects, who believe that “smaller means small and better,” was commissioned to design a home on a mere 710 square foot plot of land, located in the heart of the capital. The lot that the residence was ultimately built on had sat vacant for years due to its small size, but the couple who purchased the land recognized its potential for their first home. Located near a large park and the Fortress Wall, a cultural heritage site in the old town of Seoul, the natural shape of the land directed the curved outline of the exterior of the micro dwelling.

Seroro House, translated as ‘vertical’ in Korean, takes its name from the orientation of the house. The residence comprises four stories that are vertically stacked, with a 172 square foot room occupying each floor. A parking garage is found on the ground floor, with a living room and bathroom on the first floor. Located on the second floor is a kitchen and dining area. A bedroom and bathroom occupy the third floor, topped off with a dressing room and bathtub located on the fourth floor.

Taking advantage of the surroundings of the house, most of the windows are south and west-facing to enjoy both the park views and natural lighting. Smaller Architects purposely limited the number of windows on the south and east sides to provide privacy. Vertical living apparently suits the couple who now reside in Seroro House. Spending most of their daytime hours on the first and second floors, at night they retire to the third and fourth floors. They even started to appreciate the health benefits of having stairs, which also give the couple personal space when needed. Apparently, smaller does mean better.