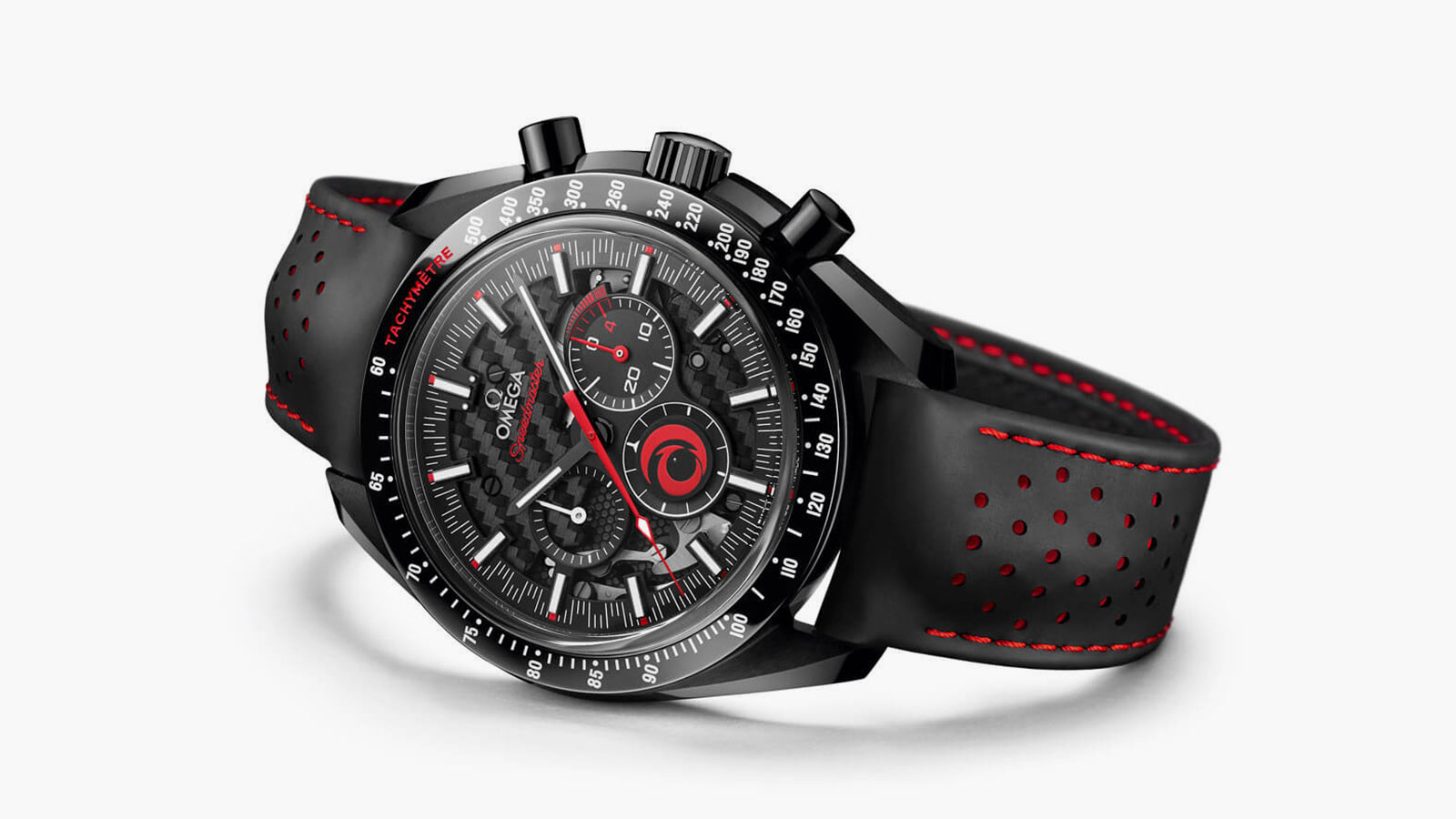 The Omega Speedmaster is the lone timepiece that can rightfully claim the moon as part of its heritage. Since its inception, the Speedmaster has been engineered to pioneer parts unknown. That unquenchable thirst for adventure makes Alinghi and Omega soulmates. The Omega x Alinghi Dark Side Of The Moon is the embodiment of their shared spirit, a special edition of the legendary model that’s tailor made for the open water. To execute this original expression, the Swiss watchmaker harnessed the power laser ablation to craft the calibre 1865 manual-winding chronograph movement. That process enhances the Speedmaster Moonwatch’s calibre 1861 movement, resulting in a new level of precision that’s on par with the Alinghi TF35 catamaran which it emulates.

The skeletonized dial of the Omega x Alinghi Dark Side Of The Moon proudly showcases the honeycomb and carbon textures the laser etching gives the movement, giving it a watch face that is impossible not to marvel at. A 44.25mm black zirconium oxide ceramic case frames the dial which hosts a 4-to-5 minute chronograph at 3 o’clock. That subdial thrives off of the regatta timing function incorporated to enhance its readability. A tachymeter and water-resistance at up to 50 meters make the Omega x Alinghi Dark Side Of The Moon a lifeline for sailors that has a style which is every bit as innovative as its inner workings.