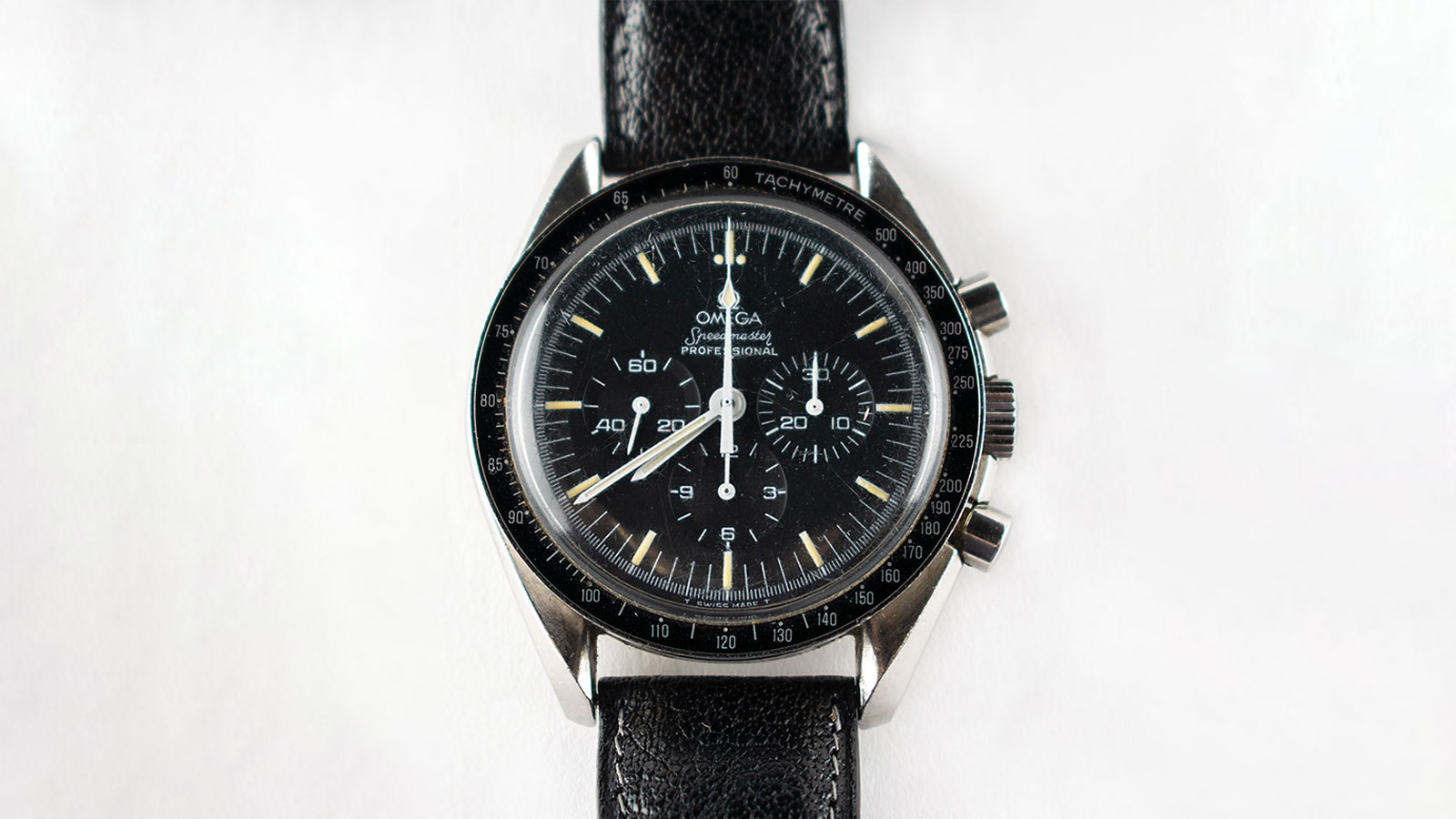 Captivate audiences with something that’s literally out of this world. Russian Cosmonaut Nikolai Budarin’s Flown Omega Speedmaster Watch comes with certificates of authenticity from RR Auction stating the dates and times this watch was in space. It shows the chain of ownership and how the watch was useful in the mission. It is the very first timepiece that made it to the moon.

The Omega Speedmaster’s black dial contrasts brilliantly with the silver case and white hands. The hour markers are white lines with glowing paint, making it simple and quick to read in a hurry. The face has three smaller dials and a tachometer on this one-of-a-kind Speedmaster. The band is black leather with white stitching to provide contrast and simple appeal. Photos of Nikolai Budarin signing the authenticity papers are provided in the advertisement from RR Auctions for this piece of history.