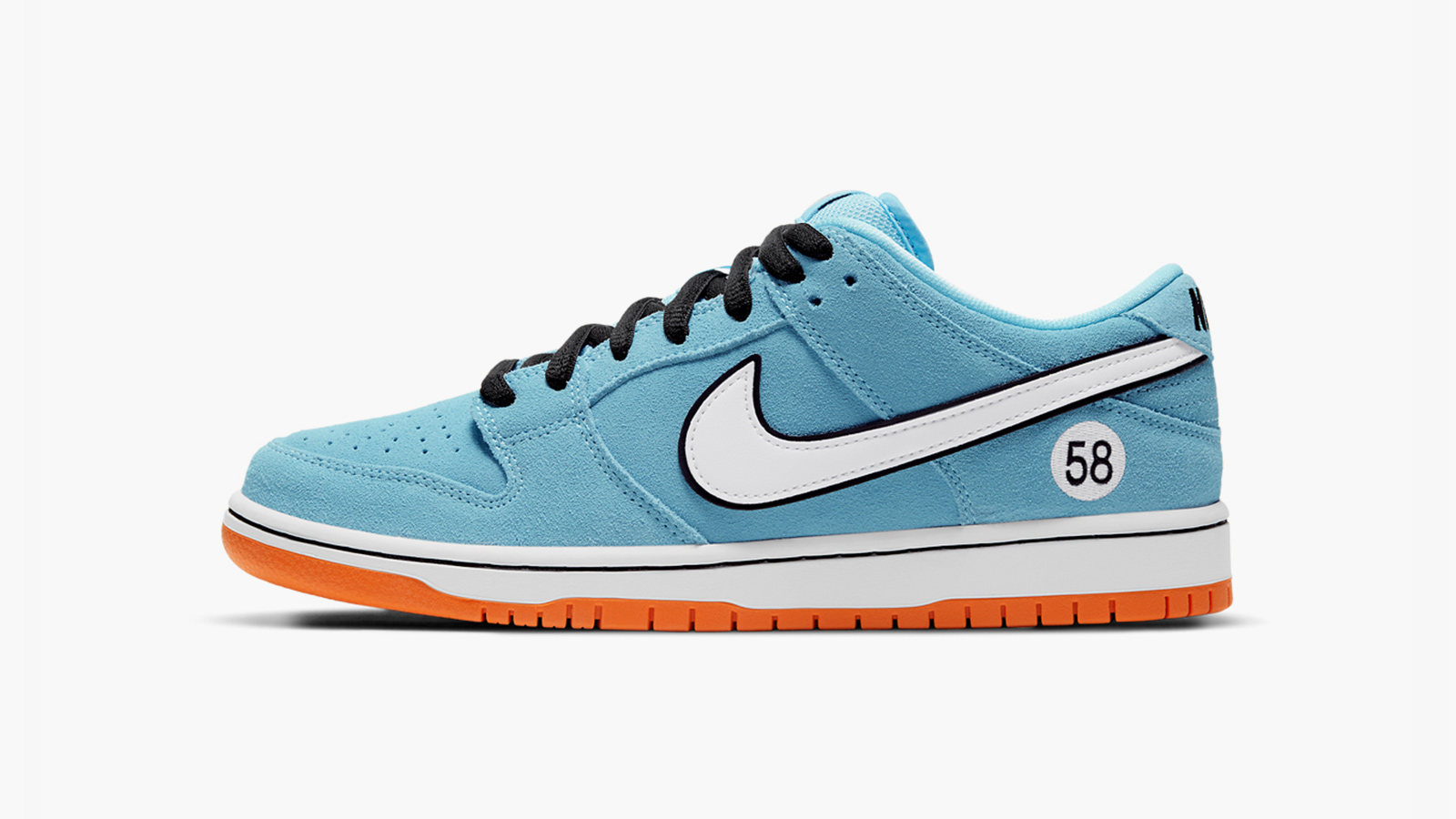 Nike SB is releasing a new version of its popular Dunk that should be near and dear to racing fans’ hearts. The Dunk Low ‘Gulf’ was inspired by the 1970 Porsche 917K Gulf, a storied race car that is considered a favorite of racing enthusiasts worldwide. The Nike Dunk Low “Gulf” takes on the iconic paint scheme called Gulf Oil livery, or in short, Gulf Livery, featuring the orange and iconic blue paint scheme synonymous with now-defunct Gulf Oil, the iconic race car’s sponsor.

Nike SB has adorned the Dunk Low in a “Blue Chill” suede upper with a “Safety Orange” outsole. Black outlines on the Swoosh are another nod to racing’s most beloved paint job, and the circular “58” badge on the tongue and heel are pulled directly from race car’s number decals. The number 58, which is stitched onto the tongue label and lateral heel of the Nike low-top skate shoe, never appeared on the actual race car itself. However, the number does add a bit of motorsport flavor to the overall design. The Nike Dunk Low “Gulf” has just been released in Japan and it is anticipated they will be available in the US by mid-March.