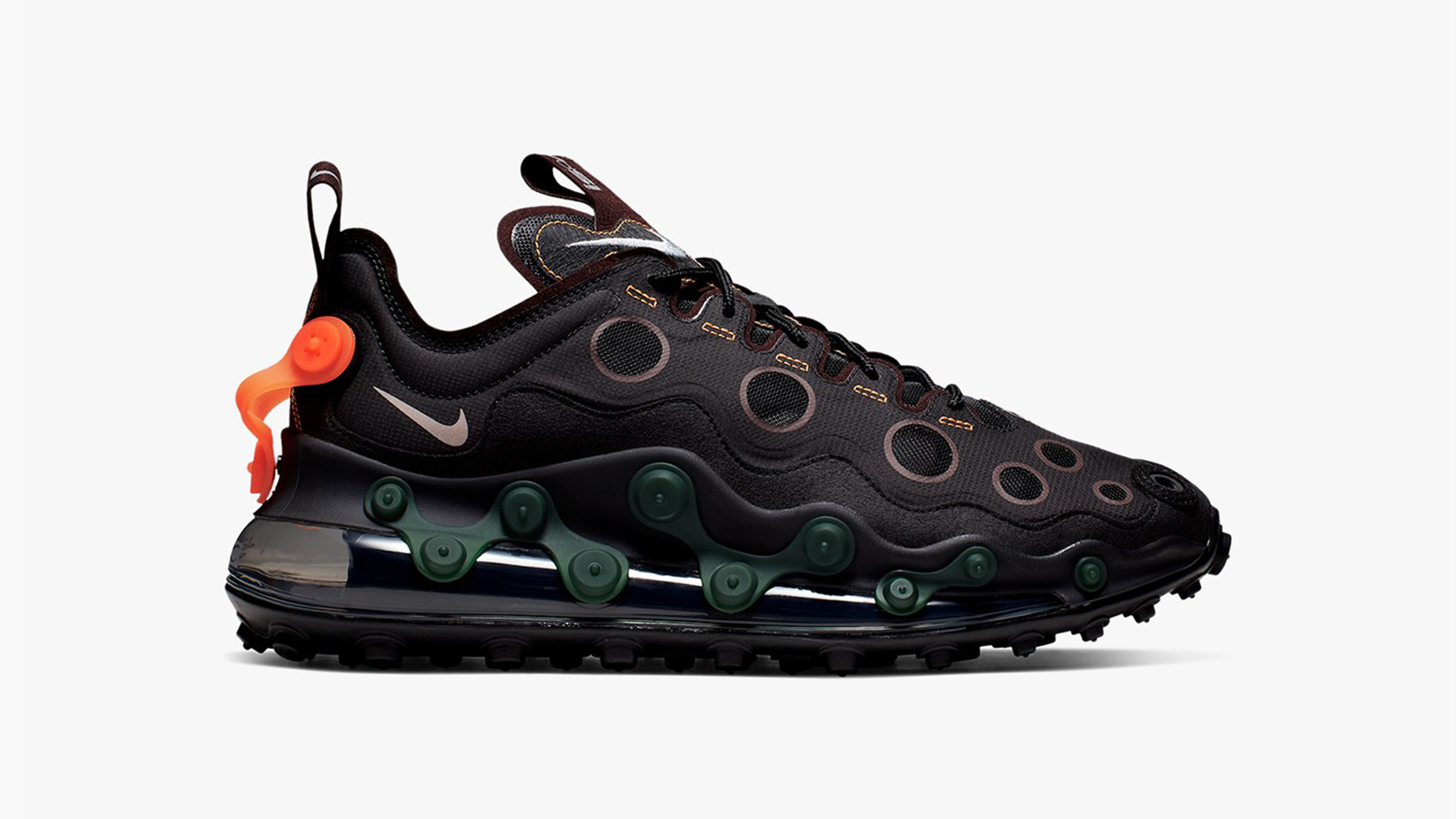 Nike has always been on the lookout for eye-turning, interesting, and even unusual technology to incorporate into its sneakers. From the Air Max iconic air pockets to the Shox line’s springs, Nike hasn’t been shy with trying new designs. The Nike Air Max 720 ISPA is about as new and unusual as unusual as anything the company has ever released.

Set to be released this weekend, the Nike Air Max 720 ISPA has the biggest heel air pocket of any Air Max to date. To embellish the iconic feature, there is a physical space which actually separates the body of the shoe from the rubber sole. To accomplish this it uses rubber nodules along the sides midsection to connect the two parts of the shoe. So you’ll no longer have to worry about popping the air pocket, because you’ll literally be walking on air with these shoes.

The shoes will hit stores on September 7 and come in two color combinations. You’ll be able to choose between a white on black on white or ninja-like black on reflective silver colorway.