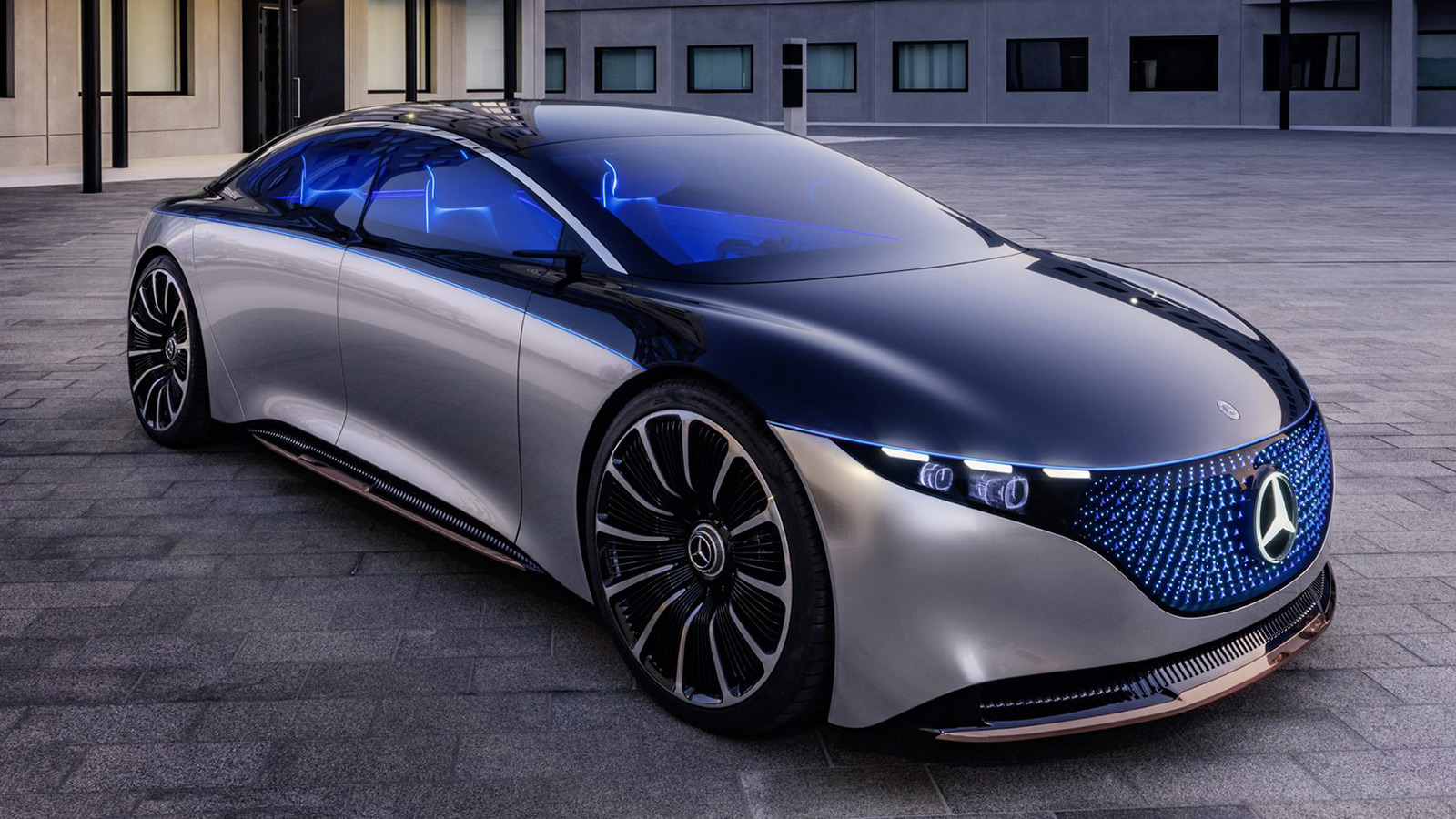 There’s no denying that the future of motoring is electrification, and to prove its serious aspirations to expand on its electric vehicle portfolio, Mercedes-Benz has revealed its latest electric vehicle concept, the VISION EQS.

Following Mercedes’ nomenclature system, the new vehicle sits on top of its electric range as indicated by the ‘S’ at the end, taking on Tesla’s Model S if it goes into production, which it most likely will.

The handsome electric vehicle features a 100 kWh battery with a range of up to 435 miles and a total output of 350 kW, which is equivalent to 470 hp, allowing the EQS to accelerate to 62 mph in less than 4.5 seconds.

Futuristic design elements adorn this concept vehicle, including 188 individual LEDs making up the front grille light matrix, 229 individual illuminated three-pointed stars in the rear, Digital Light headlights with holographic lens modules, and a lightbelt that carries throughout the exterior of the vehicle.

The interior of the EQS has been influenced by luxury yachts, with gracefully flowing lines and enveloping its occupants like the deck of a boat. The overall design moves away from the horizontal design of current Mercedes-Benz production vehicles with a vertically laid out advanced MBUX system, previewing the design that should adorn all future Mercedes-Benz sedans.

With Mercedes-Benz expected to aggressively expand their EQ sub-brand offerings, it shouldn’t be too long before we see a production version of the EQS.