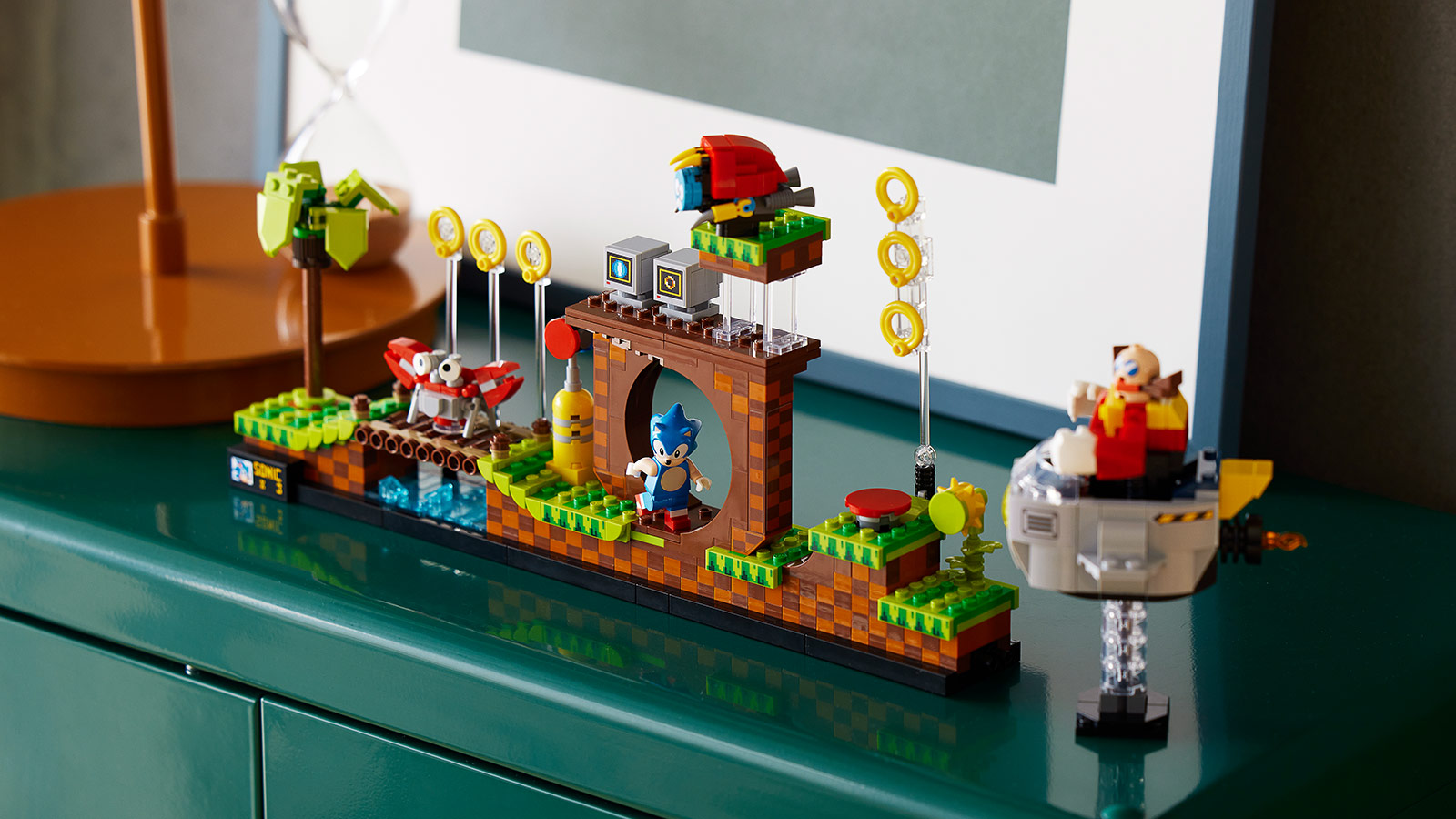 The LEGO Group has announced the new LEGO Ideas Sonic the Hedgehog Green Hill Zone set. The company says their new analog version of the Green Hill Zone is a chance for fans to build and display a piece of gaming history in real life. This 1,125-piece set includes an updated version of Sonic, as well as brick-built versions of Crabmeat, Moto Bug, Dr. Eggman, and the Eggmobile. Included in the set are boxes of golden-colored rings, plus a technical lever, giving Sonic and his friends the ability to spring into the air. LEGO says, just like in the video game, players can earn a gem as they build the set. The LEGO Ideas Sonic the Hedgehog set, is a detailed LEGO brick representation created by 24-year-old, UK-based LEGO superfan Viv Grannell.

For another upcoming LEGO release, check out the Super Mario Luigi’s Mansion Sets.