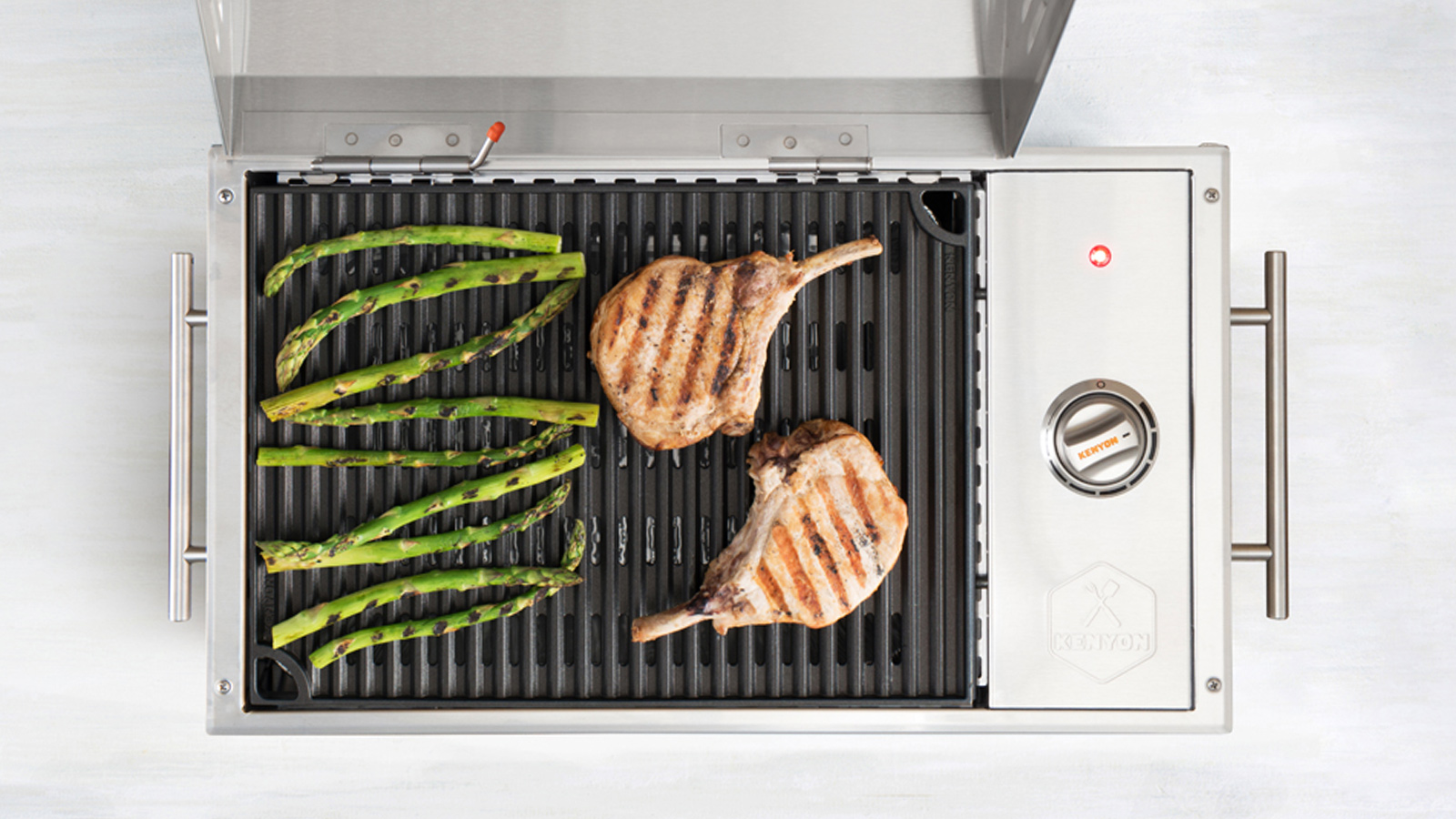 Starting a fire for grilling on your balcony is one of those things that sounds tempting if you’re low on outdoor space, but quickly devolves into annoying problems like citations or angry neighbors and landlords. Enter the sleek and modern smokeless Kenyon City Grill.

This electric grill is no mere hotplate — it’s got a patented heating element that reaches up to 600° F. The cooking surface makes it easy to hit the sweet spot for those tasty grill marks on chicken and exquisitely seared steaks. A drip tray captures the juices from meats to easily baste whatever you’re grilling with au jus to achieve a deeply layered flavor. The marine-grade stainless steel body of the grill looks great indoors or outside, or you can grab the griddle attachment and get your pancake-making on virtually anywhere. Since the grill doesn’t emit an open flame, it can be used inside for that open-air barbecue taste without any of the smoke.