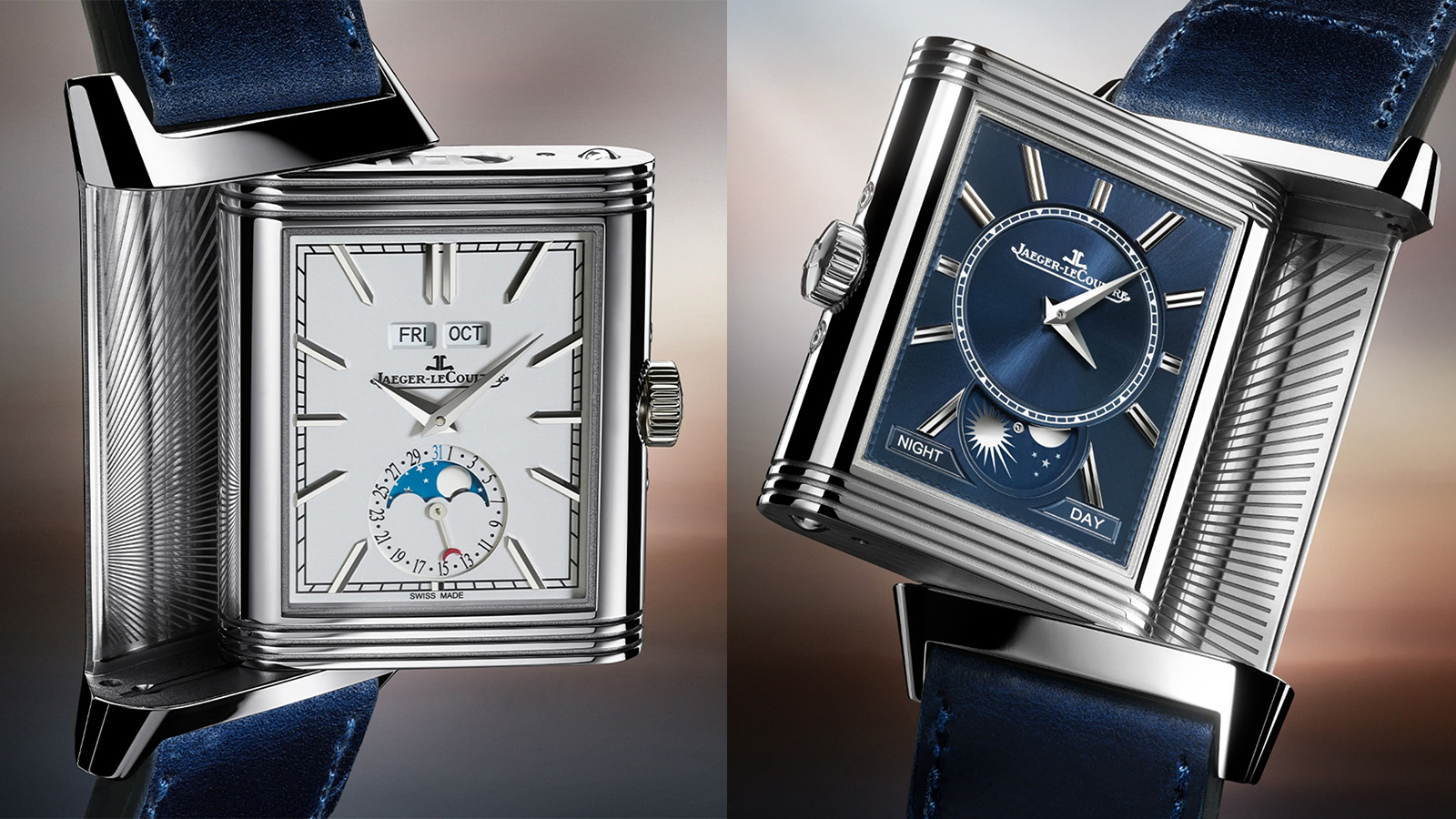 Few things define a man as much as the watch on his wrist. It is one of the select pieces of jewelry most of us wear, and few things are more accurate than the statement, “A boy looks at his phone for the time, a man looks at his watch.” The newly-released Jaeger-LeCoultre Reverso Tribute Duoface Calendar states that you’re a man who appreciates elegance and the beauty of manual timekeeping. The complex complications of fine timepieces represent you as a man of many talents.

The verso dial enjoys a completely refreshed look characterized by the new hour markers, now set along the exterior periphery of the chemin-de-fer minuterie, while the day-night indication is now set behind the hour-and-minute counter, revealing essential information about the second time zone. On the deep blue sunray dial, the double hour markers surrounding the minute track form an elegant decoration.

Entirely designed, produced, and assembled in-house, the caliber 853 is a unique and uncommon rectangular movement allowing it to fit in the Reverso case. Taking it beyond unique is the ability to flip the watch face for a triple calendar on one side and phases of the moon on the other. Two complications result in the ability to display a second timezone on one of the distinct faces. Additionally, the ability to easily switch between the two included straps, designed by Casa Fagliano, means your style matches the event.

In 1931, Jaeger-LeCoultre launched a “swiveling timepiece” – the Reverso – a classic of 20th-century design. The spirit of the 1931 Reverso was retained with updates for modern style cues, including the incorporation of stainless steel. Measuring 49.4 x 29.9 mm, the Jaeger-LeCoultre Reverso Tribute Duoface Calendar announces itself and its wearer as distinctive.