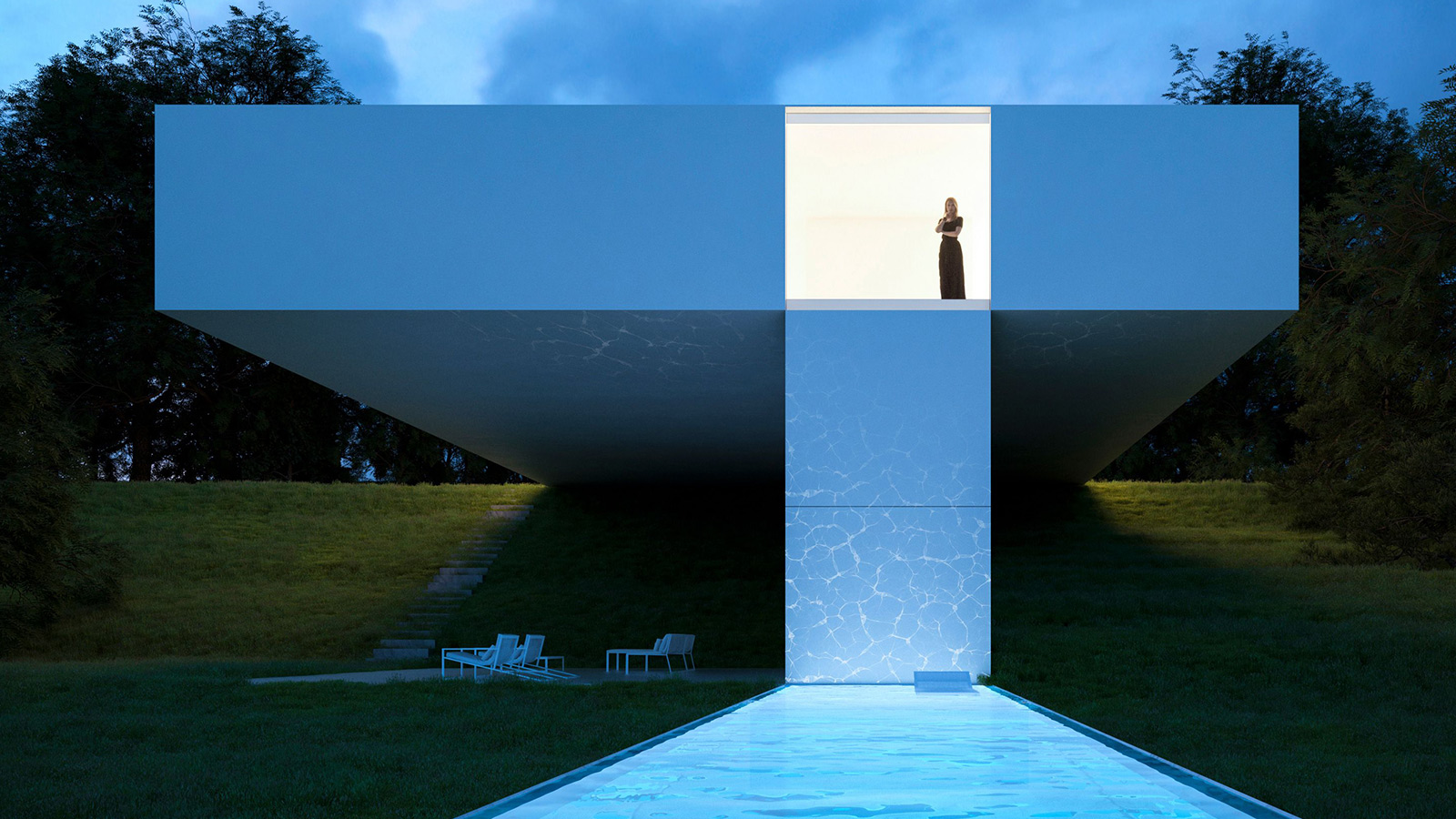 Located on a stunning plot on southern Spain’s Costa del Sol, the House in Benhavis by Fran Silvestre Arquitectos is the architectural equivalent of terroir. Similar to Frank Lloyd Wright’s famous Fallingwater residence, the Valencia-based architect has created a dramatic presentation of this residence by taking advantage of the sprawling topography of the Andalusian coast, negotiating a steep terrain to maximize the views, light, and sense of place.

Blurring the line between structure and nature is the hallmark of organic architecture. Silvestre Arquitectos’ all white, t-shaped dwelling respects the land’s natural contours while simultaneously amplifying its modern aesthetic with clean, nuanced lines and geometric control to elegantly contrast the land it’s built on.  The 3 bedroom and 3 bathroom cubist structure is bifurcated between upper and lower levels. At the top, each bedroom sits at the center of the home’s upper cantilever and is surrounded by communal spaces including a day area, 2 offices, and a terrace that overlooks the rolling hillside it is perched upon. The lower garden-level rests at the bottom of the slope as a continuation of the home. The garden encompasses a pool that reflects its waves on the building’s facade, which elicits an ambiance that captures the essence of Andalusia.