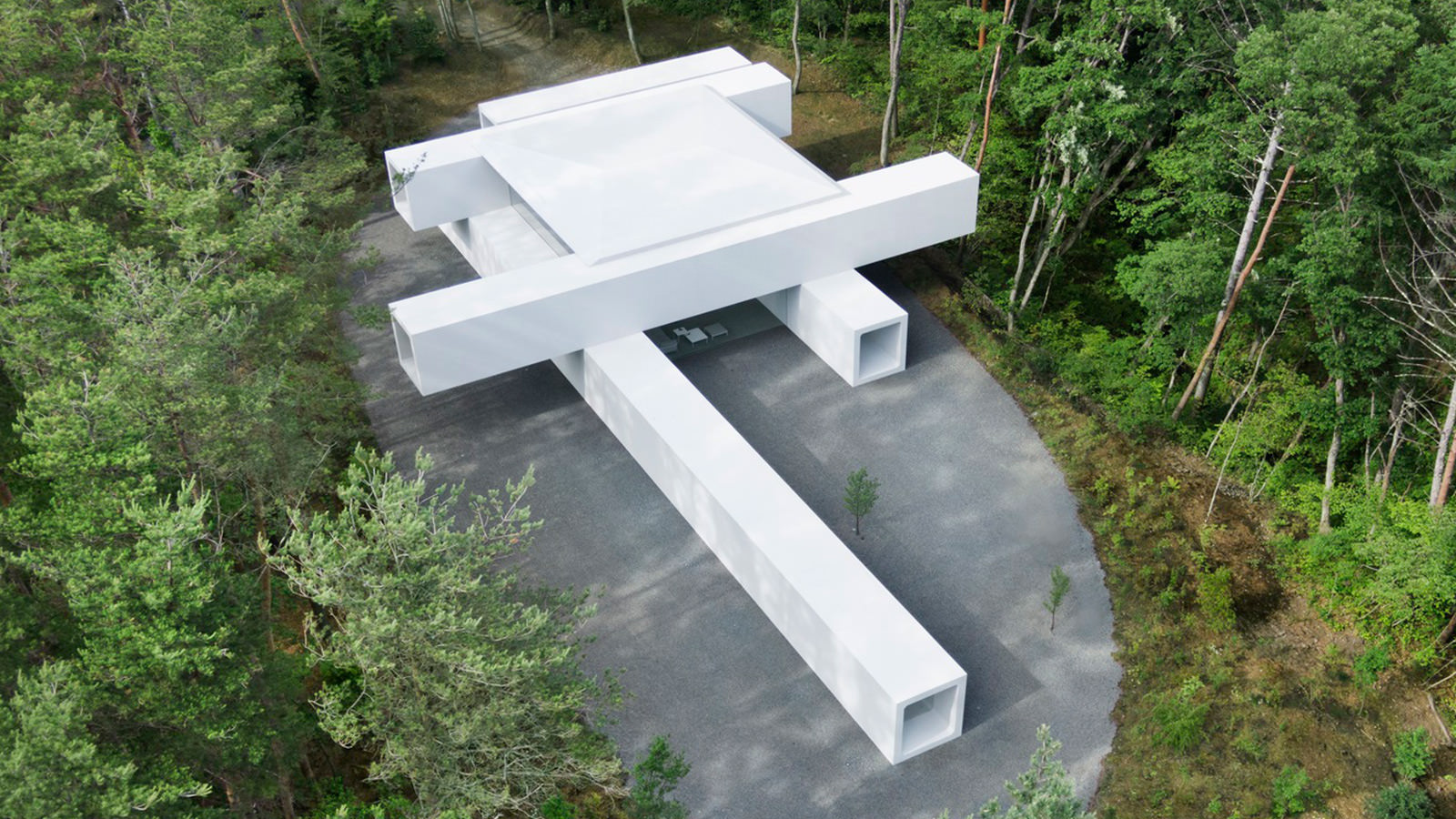 Japanese design studio nendo was founded in 2005 by chief designer Oki Sato. The multidisciplinary studio is best known as a prolific designer of products. nendo designed Culvert Guesthouse as a combination archive to store its products and furniture and a guest residence. This distinctively-shaped minimalist building, constructed from four tunnel-like forms that were stacked on top of each other, is located in a dense forest on the edge of Miyota, a town in Nagano Prefecture.

The structure’s elongated concrete forms were built from prefabricated concrete box culverts, which are more commonly used for infrastructural projects — underground waterways, power lines, and communication lines. In total 63 concrete sections, each weighing around 12 tons, were used to construct the archive. According to Oki Sato, “The space is less architectural, but rather a project that combines civil engineering concepts with product design details.”

The main archive space was placed in a 40-meter-long tunnel that has glass windows at each end. This long, narrow storage room for artwork and design objects spans around 131 feet and is joined by two smaller storage rooms. Placed parallel to this space, another tunnel-like form contains the guesthouse’s kitchen and bathroom, with the roofed area in between acting as a seating area. Stacked on these two tunnel-like spaces, a further two prestressed box culverts contain a bedroom and secondary archive with a study space.

All of the concrete elements were painted white to give the archive and guest house a minimalist appearance. Since Culvert Guesthouse was built from precast concrete elements, all of the interior spaces measure 6.6-feet x 7.5-feet. A fifth concrete tube was placed next to the main archive building to hold additional storage space and nendo expects to expand the facility in the future.

In other architecture news, see Yusun-gwan Hotel by Chakchak Studio.