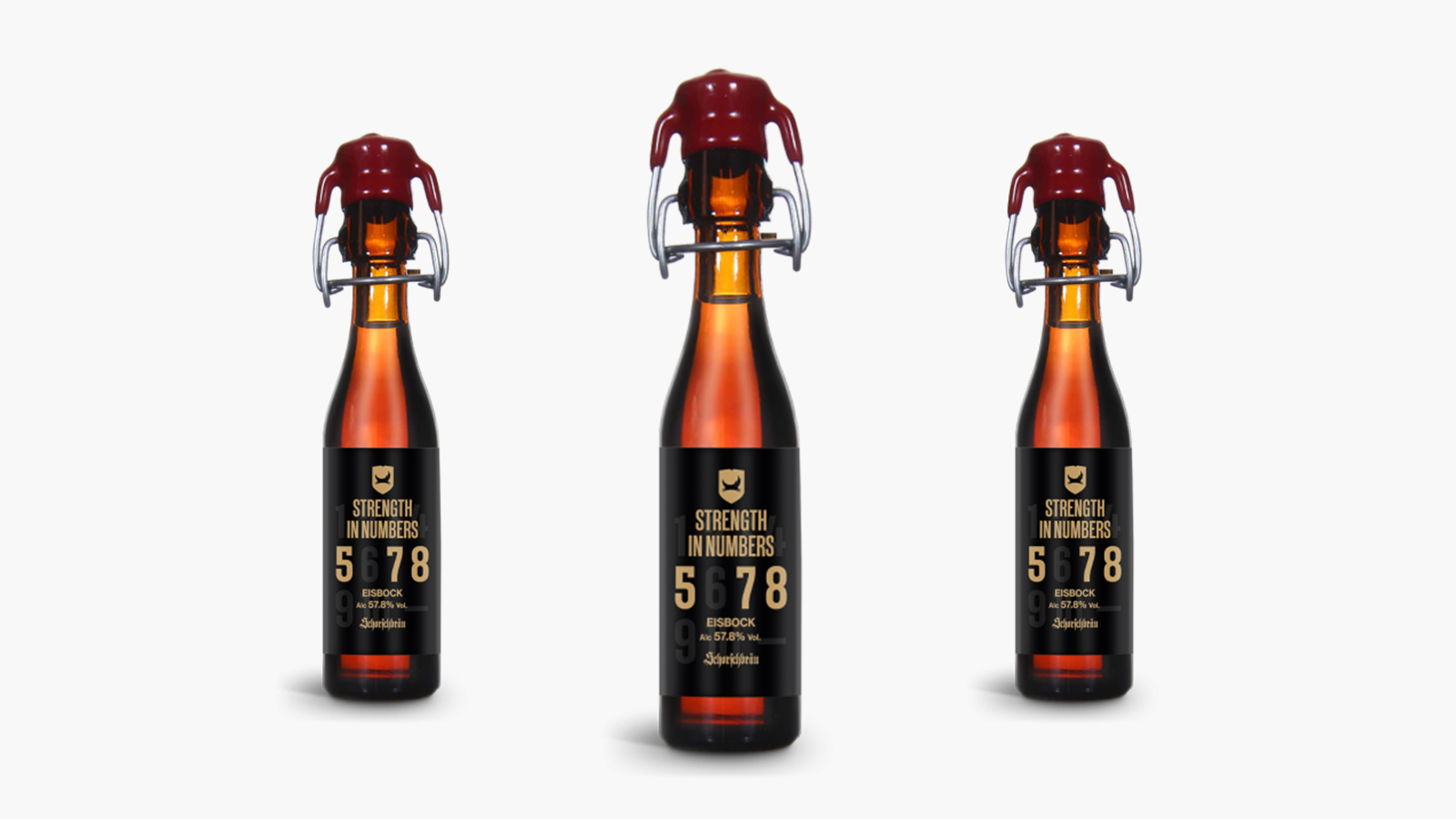 For over a decade, Scottish and German breweries BrewDog and Schorschbräu have engaged in a fierce competition to create the world’s strongest beer. Setting aside their rivalry, the two breweries decided to collaboratively brew Strength In Numbers which, at an astounding 57.8 percent ABV, is definitively the world’s strongest beer. Brewed in the Schorschbräu facility in Germany, the Scots of BrewDog sent over a barrel of their 26 percent ABV Death or Glory which had been aged in a Scottish whiskey cask for 10 years. Using the traditional Eisbock method, which involves freezing the beer and removing chunks of ice (water) leaving behind the highly concentrated ABV liquid, Strength in Numbers was born.

The beer is as strong as some standard barrel aged whiskeys with a wonderful crisp hoppy flavor. A single 40 ml bottle can definitely get you to that place you want to go when you sip, so consume responsibly.