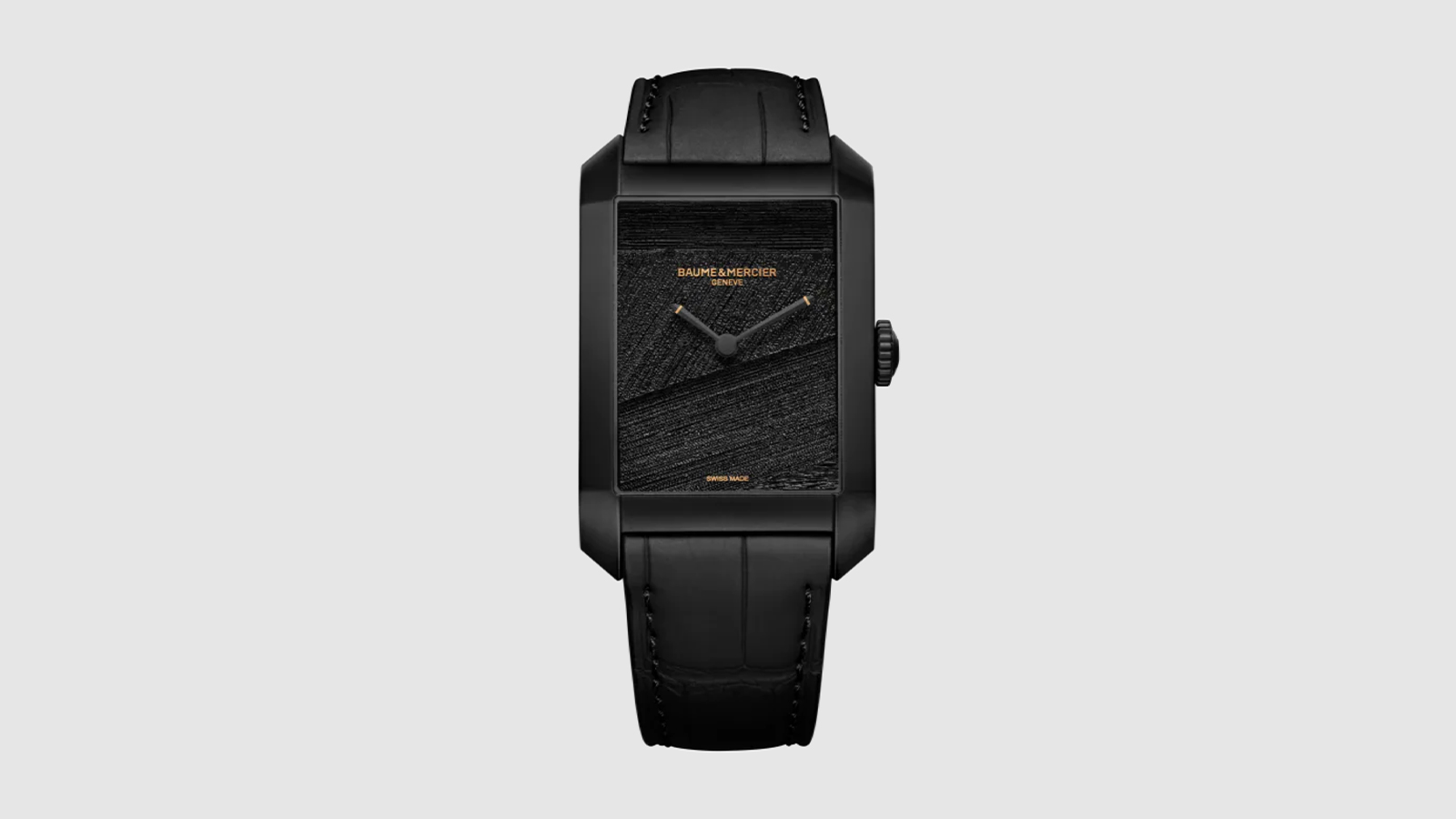 Baume & Mercier takes as its inspiration for the Hampton “Hommage à Pierre Soulages watch from a series of paintings Pierre Soulages created beginning in the late 1970s. Working out of his Paris studio, Soulages called the series NoirLumière. Baume & Mercier used its Hampton model for the Soulages watch, in part due to the rectangular shape that mimics a canvas. Limited to 102 pieces, the Hampton “Hommage à Pierre Soulages pays tribute to one of the masters of modern art. The watch dial evokes a miniaturized version of a large-scale Pierre Soulages painting, honoring one of the most brilliant painters, who, at the age of 102, is considered the world’s greatest living artist. The watch itself is a work of art. The Swiss-made movement is automatic and self-winding and features 21 rubies. It is mounted on a black alligator strap with a sandblasted pin buckle. The minute and second hands are black and sword-shaped with an opaline finish.

Each of Soulages’ paintings has a surface covered by a coat of black paint in different states and textures applied by various tools and brushes. The series is also referred to as Outrenoir and is renowned for the appearances the black paint provides based on the light in which it is seen. The watchmakers used Peinture 390 x 130 cm 17 mars 2019 which celebrated the painter’s 100th birthday, as its main inspiration. 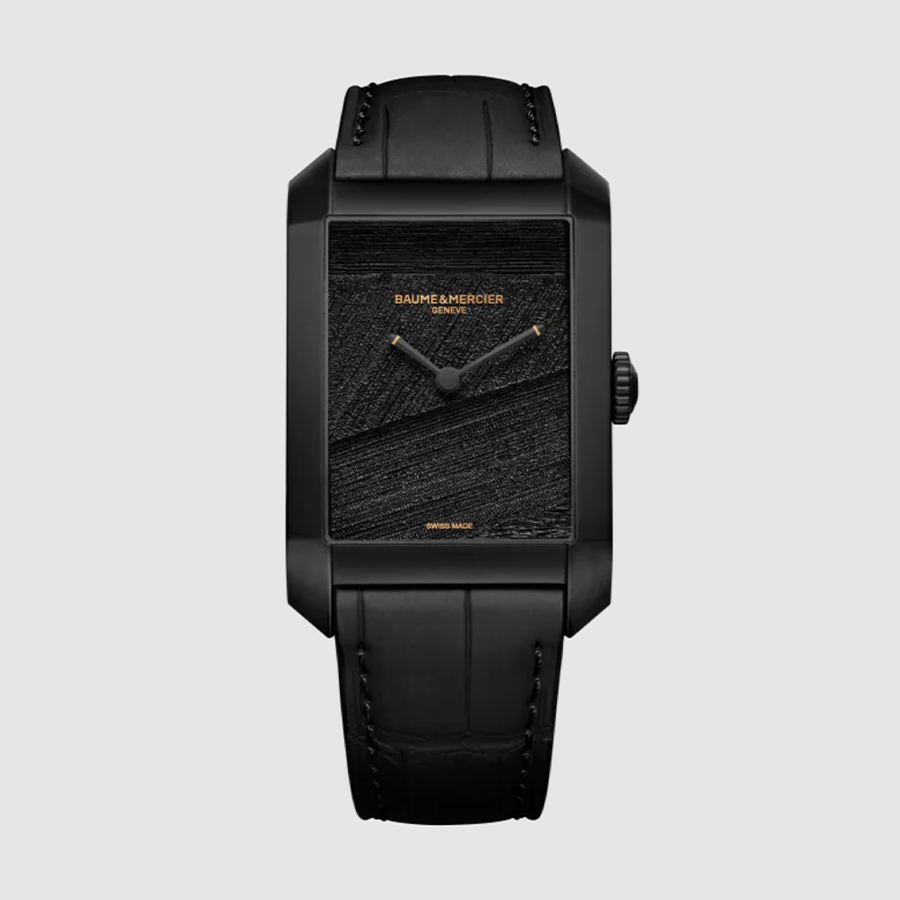