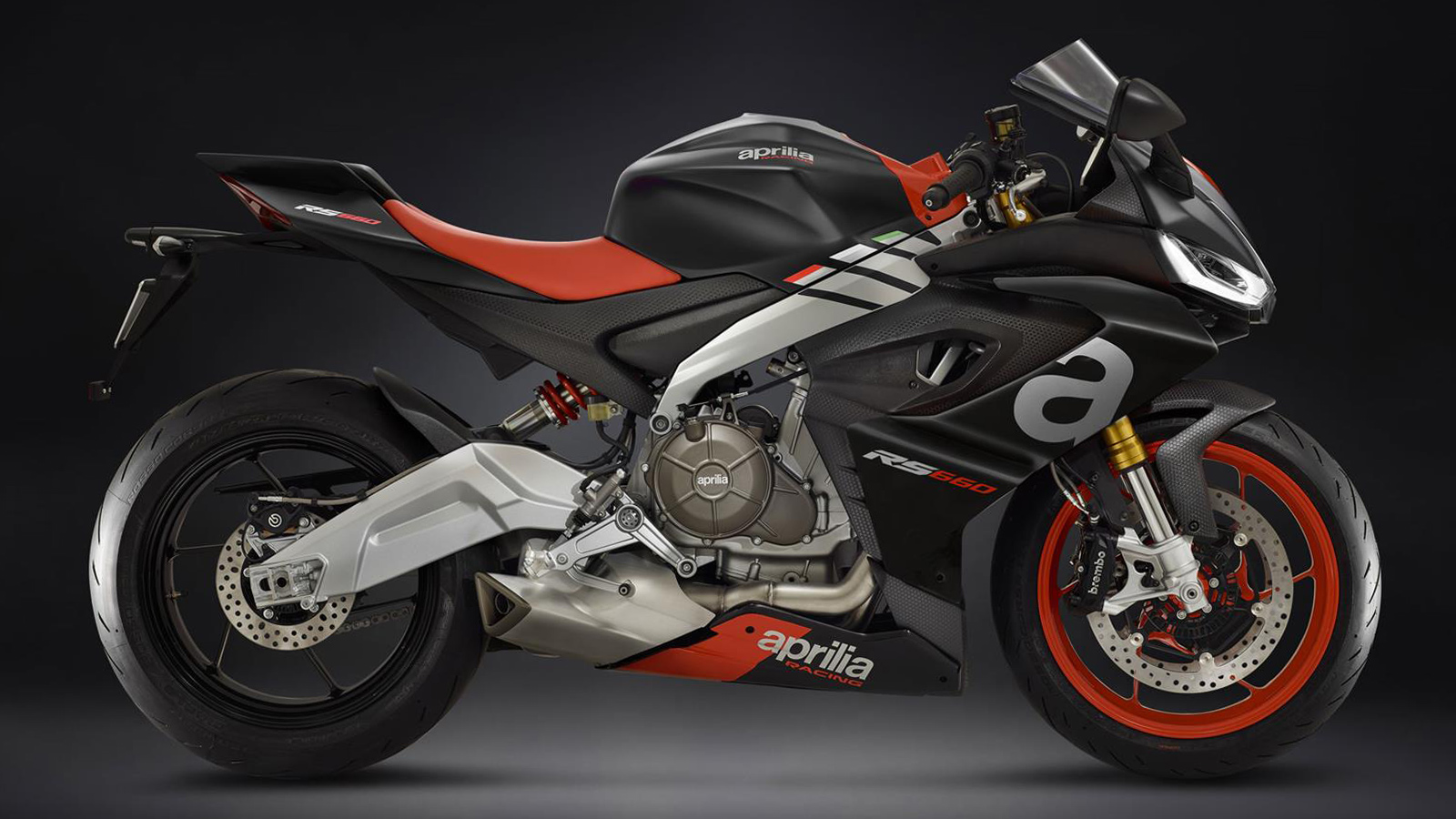 The parallel twin-cylinder 660cc engine of the Aprilia RS660 is powered by eight valves and blasts out a max of 100hp for an exhilarating ride and performance. There’s also a 95hp version available. The sporty frame weighs less than 373 pounds giving it agility and stealth seldom seen with such power.

In addition to options between engines, Aprilia also offers a choice between two bold color schemes. The Reggiani Replica is a compilation of purple and red that’s a nod to the RS 250. Alternatively, a black background provides a basis for contrast to bright red details that stand out vividly. LED headlights, cornering lights and funky daytime running lights make this sporty road-ready bike turn heads.

There’s plenty of tech to be found here as well. Wheelie and traction control, five riding modes, cruise, cornering ABS, and a two-way quick shifter to enable you to precisely control its performance. Use a headset to display information from your phone to the dash after you sync it to Aprilla’s MIA interface.