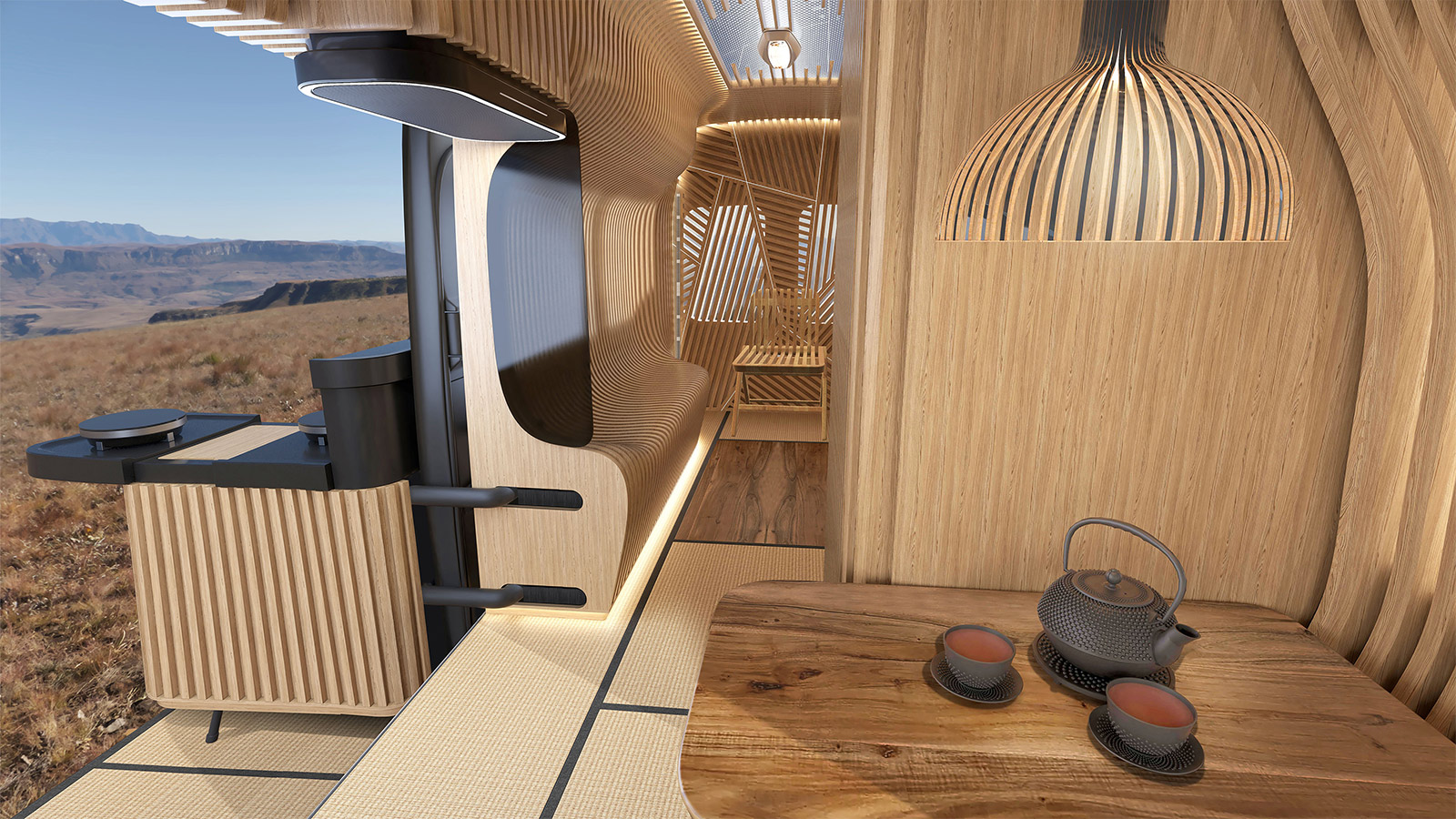 Alpine is known chiefly for providing premium audio components. But, recently, it decided to venture out and develop a futuristic camper van designed for workaholics. It’s called the Alpine Cross Cabin Concept Van, and while it is only a concept vehicle, the ideas behind it are sure to spark the interest of remote office workers.

Alpine’s idea for the Cross Cabin Van was to create a mobile space for people to maintain their productivity within the freedom van life. According to Alpine, the Cross Cabin Van’s interior workspace took inspiration from Japanese minimalism. The space behind the driver and passenger seat doubles as a work and dining area. In addition, there is a kitchenette integrated into the van’s sliding passenger door. Here, occupants can prepare meals in or out of the vehicle.

At the rear, the van’s larger space is lined with bamboo ribs to hide shelving, lighting, and the Alpine’s audio system. The tatami mat floor houses a pop-up table with two integrated benches that can double into a sleeping area. Standard equipment on the Alpine Cross Cabin Van concept includes a solar-assisted 12-kWh electrical system to keep the lights on. In addition to a 4G/LTE cellular antenna with a high-speed mobile router to answer emails and conduct zoom meetings.

As for the van aspect of the concept vehicle, Alpine did not release technical information about the vehicle. However, based on the press photos, we can tell the concept van is based on a Ford Transit. No word if Alpine will dedicate time to put the Cross Cabin Van into production, but it plans to show it at trade shows in the future.

In other automotive concept news, check out the Sony and Honda Afeela EV Concept Car.