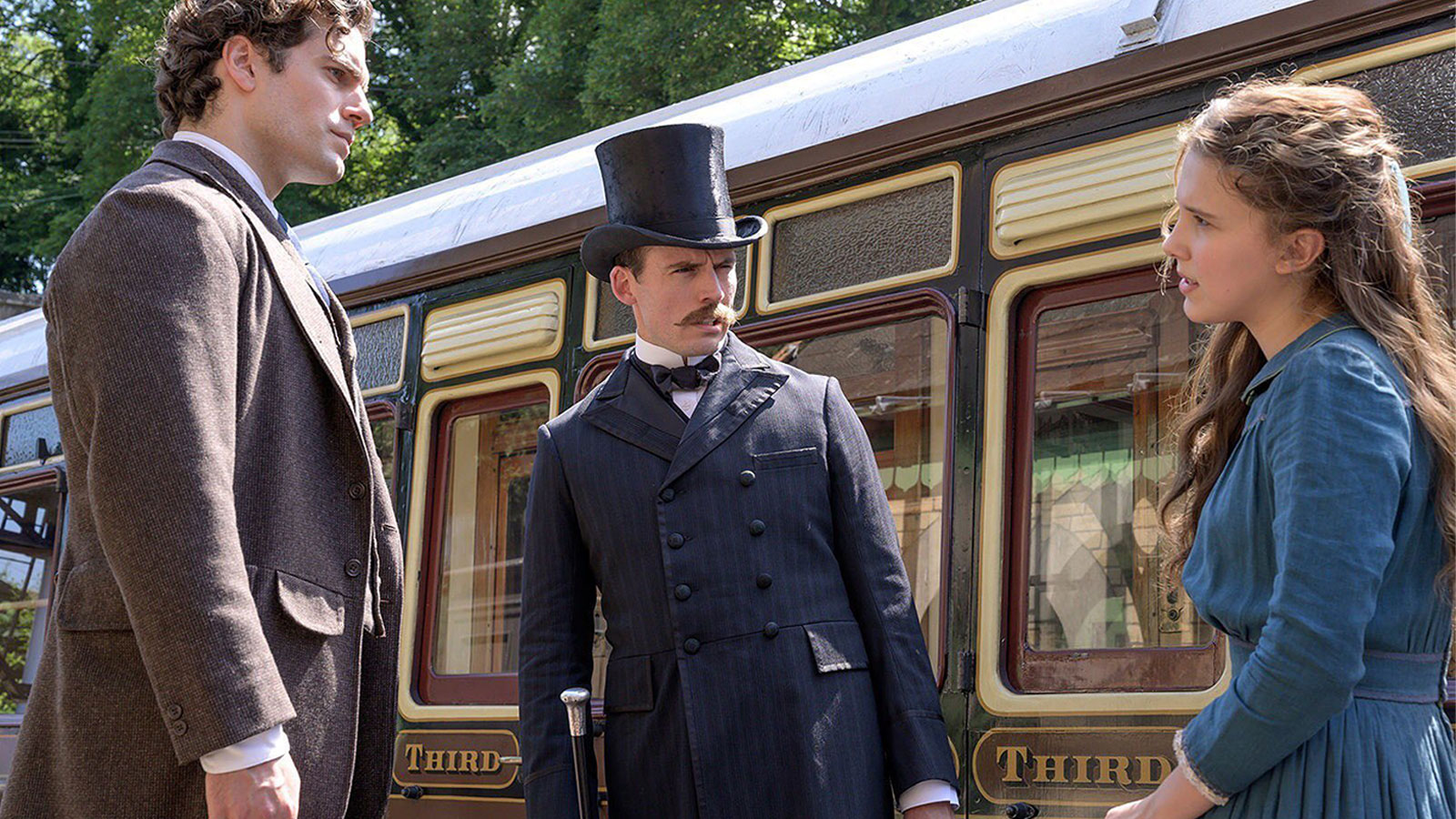 A First Look at Netflix Enola Holmes shows Nancy Springer’s apocryphal expansion of the Sherlock Holmes universe. The film stars Millie Bobby Brown as the younger sister of Sir Arthur Conan Doyle’s genre-defining detective. Henry Cavill stars as the legendary Sherlock Holmes along with Sam Claflin as Mycroft, the eldest of the siblings. Helena Bonham Carter rounds out the Holmes family chronicled by the film as its matriarch, Eudoria Holmes. The film is based on Springer’s series of mystery novels which has brought a renaissance to the Victorian-era mystery epic.

The Netflix Original is set for a September 2020 release following a production marred by controversy. Though Sherlock Holmes is the intellectual property of the estate of Sir Arthur Conan Doyle, the transcendent literary impact of the character has placed it into the public domain. However, the use of Sherlock Holmes’ publicly available character has been a contentious position that Doyle’s estate has taken positions against. Netflix has been taken to court by the Doyle estate, alleging that Sherlock Holmes’ depiction in Enola Holmes violates the copyright protections otherwise afforded to Doyle’s character. Miramax faced this same issue when it produced its film Mr. Holmes. The estate maintains the position that the personality which Holmes developed in stories authored later Doyle’s life is unlawfully presented by the Netflix original.

Despite the litigious challenge presented during its production, Netflix was able to sign Harry Bradbeer to direct the film. His vision looks to bring a sense of realism that transports audiences back to the turn of the 20th century. Bradbeer teamed up with His Dark Materials writer Jack Thorne, who worked to create the screenplay which transformed the Phillip Pullman sci-fi trilogy into a hit series on HBO and the BBC. Enola Holmes follows in those footsteps in Netflix venture to bring Springer’s mystery series to life.