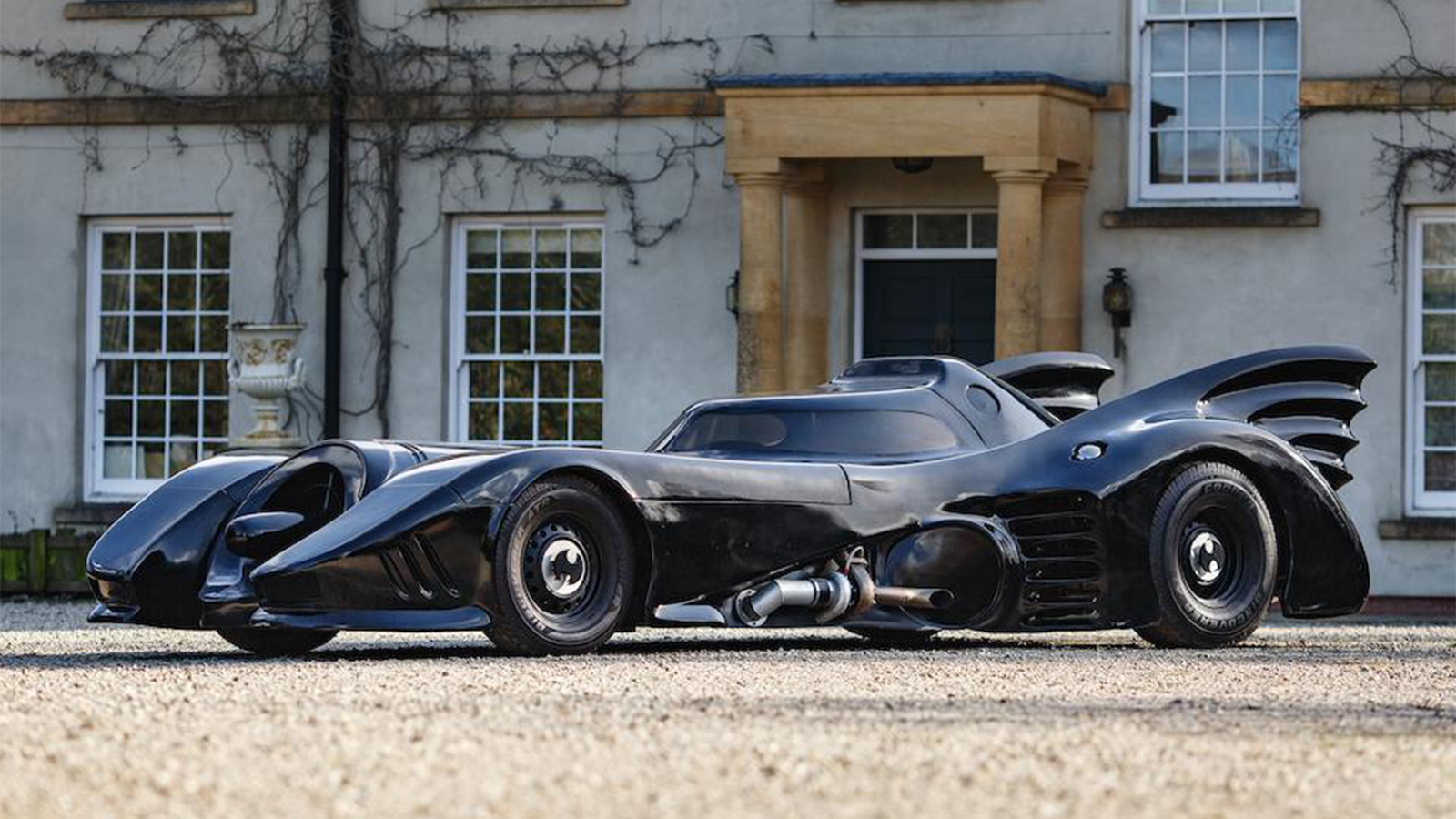 Building a movie car replica is essentially cosplay for vehicles. It’s “dressing up” a car to look like a wheeled character in a movie, TV show, etc. And just like with cosplay costumes, there is potential profit in selling movie car replicas. Because, not everyone can own an original on-screen Batmobile, but what about a street-legal replica? One that looks real enough to make you don a cape and cruise to the nearest auto show. If you’re in the market to hit the streets in a Batmobile this summer, check out lot number 89 in Bonhmas’ upcoming MPH March Auction happening on the 20th.

According to Bonhams, the Bruce Wayne of this Batmobile replica was once a 1965 Ford Mustang. The former pony-car was stretched and fitted with a space frame chassis to hold the Batmobile fiberglass body. The car now sits 22 feet in length but does come with working turn signals and a license plate, suggesting that one could drive this on the street. Moving this bat-land-yacht is a wholesome Chevrolet 350 small block V8 producing 380 horsepower. In total, this Batmobile recreation weighs less than the original Mustang. V8 power and lightweight chassis are a recipe for thrill rides and speeding fines.