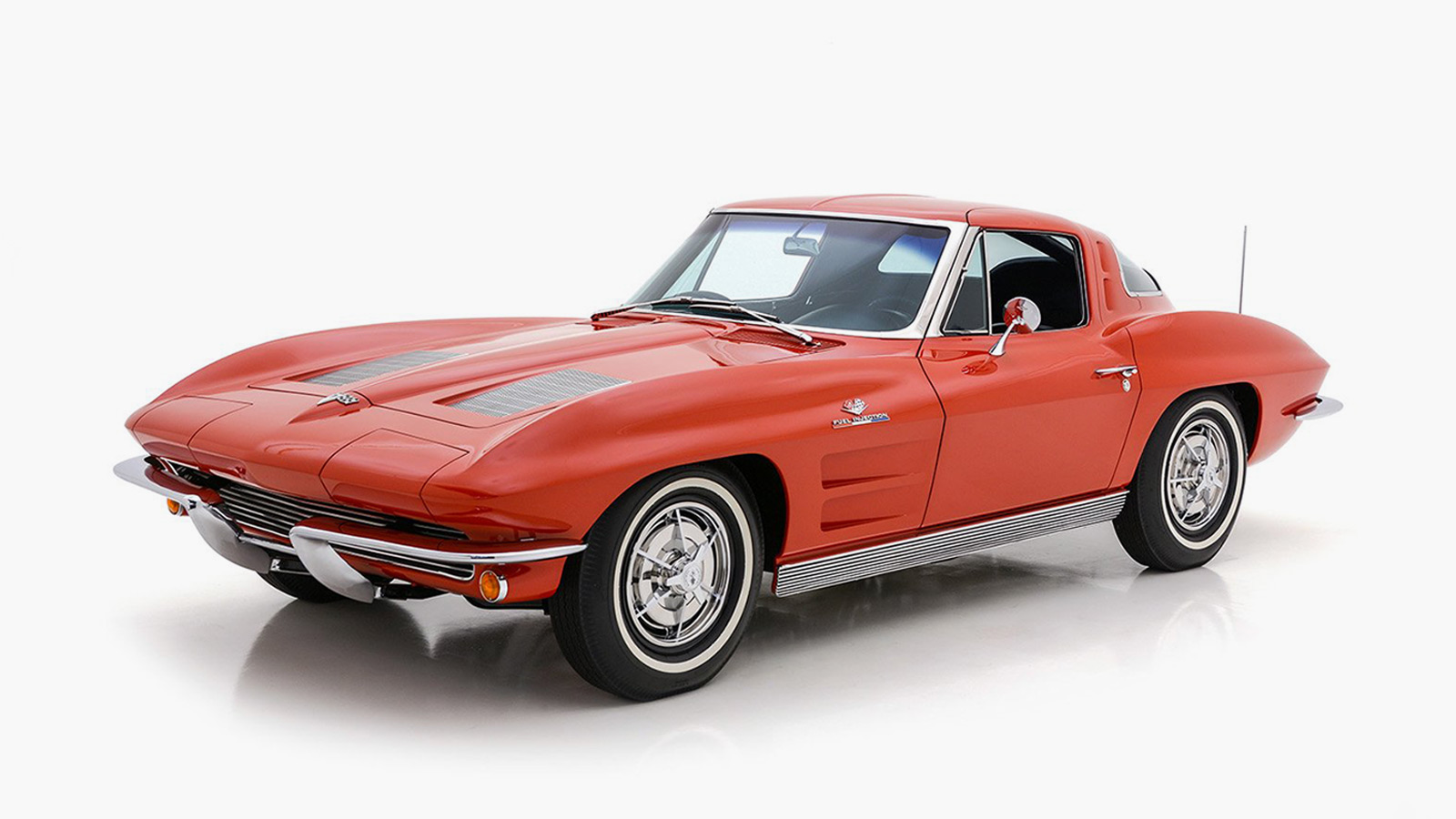 The 1963 Chevy Corvette Z06 “Tanker” Coupe includes the rare RPO Z06 Special Performance Equipment Group for a track-ready sports car. Notable features include the 327 V8 engine, Rochester fuel injection and T-10 four-speed gearbox that delivers 360 powerful horses. Painstakingly and meticulously restored, this Corvette is one of just 50 that are known to have survived.

Well-equipped with an AM/FM radio, tinted glass and whitewall tires, it’s 1 of just 5 known tanker coupes that was finished in a Riverside Red paint job and a black leather interior. Nearly every component — from the spec engine down to the last fastener —  was obsessively and accurately restored to its original glory. This Corvette has also racked up numerous prestigious awards including Best American Post-War Car at Amelia Island, 2016 AACA Grand National First Prize, and more. It was also featured on the cover of Corvette Magazine in September 2016.