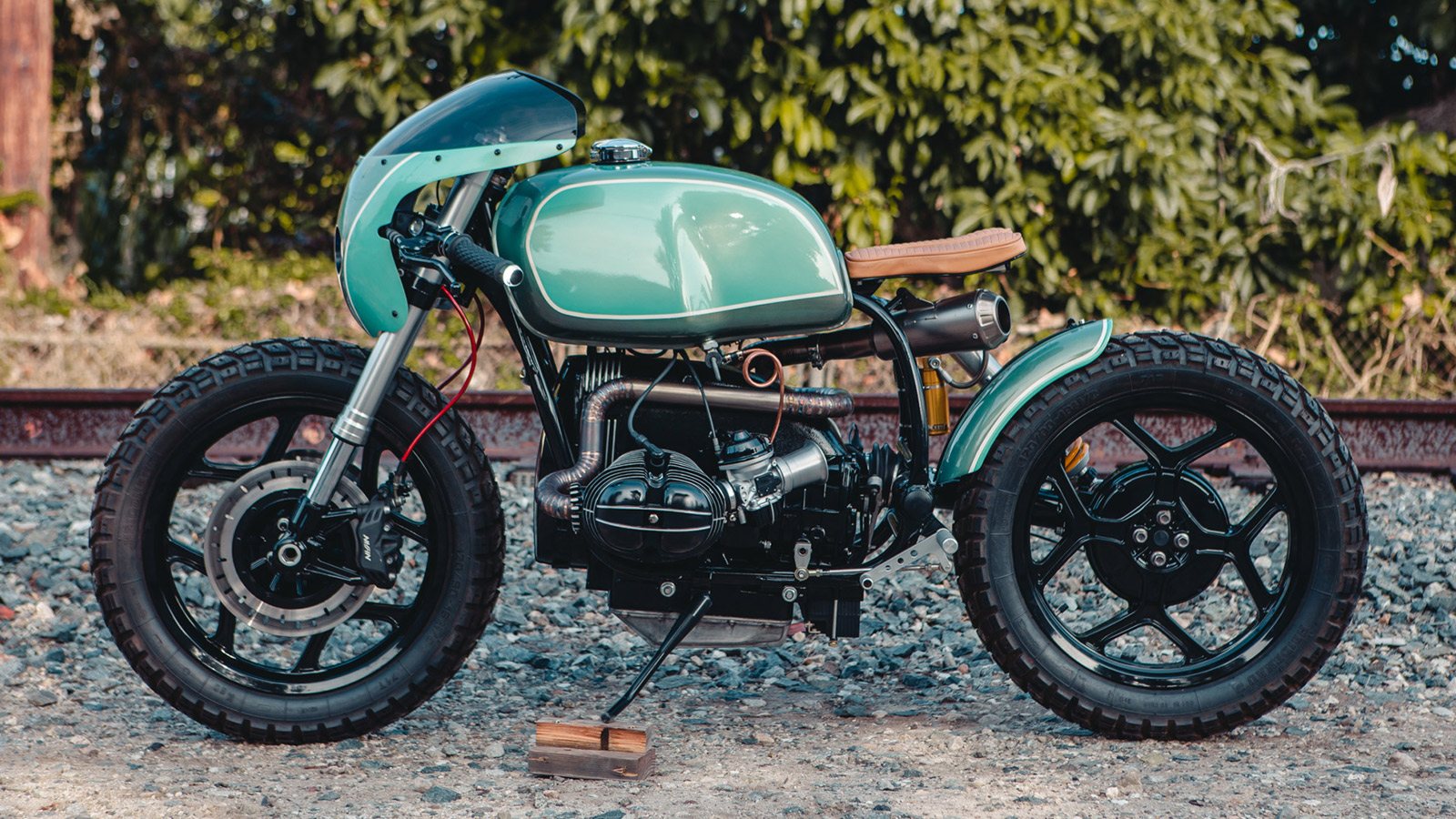 Upcycle Garage re-envisions the cafe racer’s sporty design with its custom BMW R100RT. The redesigned 1988 BMW motorcycle is 1 of 2 releases from the custom bike shop. The other, the 1982 BMW R100RS, breathes new life into a cafe racer by equipping it with a 980cc boxer twin engine and five-speed transmission.

However, the Upcycle Garage BMW R100RT truly captures the company’s vision of a modernized cafe racer. Its own 980cc boxer twin engine and five-speed transmission on this bike power it beyond its factory-made potential. The original 18″ front wheel and twin brake rotors have been reconstituted to fit an inverted fork suspension from a 2007 Kawasaki ZX-6R for a more agile ride.

The cafe racer’s two-tone seafoam green paint job and stitched leather solo seat complement the raw power of its engine with a sublime aesthetic. A motogadget m.unit replaces the original fuse panel, powering a motoscope pro digital multifunctional display and LED lighting on its headlamp and turn signals. All of those revamped elements give this bike the benefits of modern technology without sacrificing its timeless design.