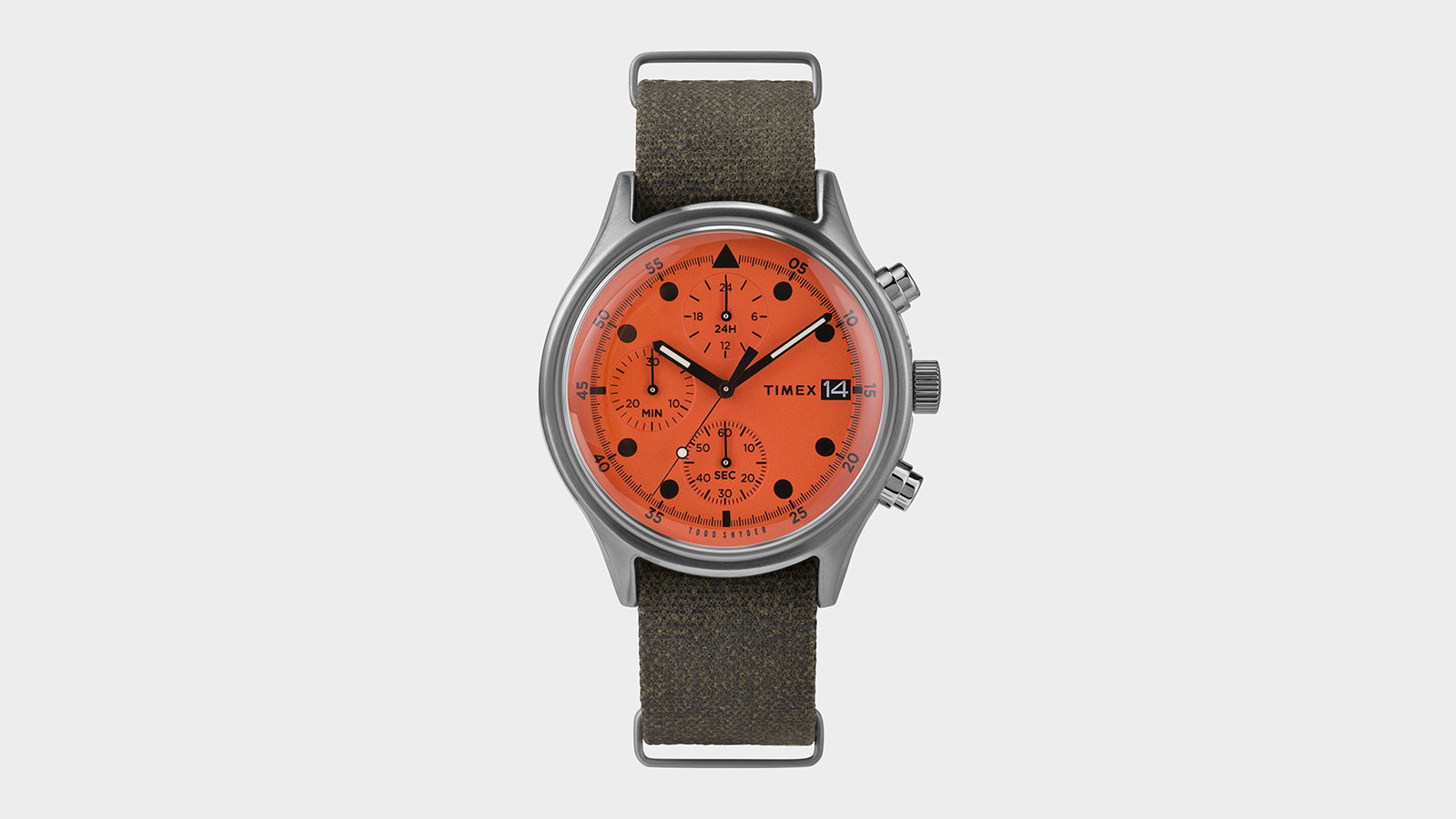 Since launching their partnership with the MOD watch back in 2016, Todd Snyder and Timex have focused on pieces with a strong emphasis (likely driven by Snyder) on vintage military vibes. This time around, the two American brands are looking skyward: the Timex x Todd Snyder MK-1 Sky King in Blaze Orange is their first collab chronograph, and it’s a beaut.

The 42mm piece is still utilitarian – a nod to the standard-issue gear of servicemen – but the blaze orange dial gives the example a distinct 60’s feel and serves as a stark (but welcome) contrast to the olive canvas strap, which is made from recycled clothes. A domed acrylic crystal shields the dial, while luminant hands ensure you’ll know the time, whether deep behind enemy lines or fumbling around in the fridge for a late-night snack.

The Timex x Todd Snyder MK-1 Sky King offers 50M of water resistance in case of an unplanned water landing, while a quartz movement keeps the subdials at six, nine, and twelve powered and synced up. The subdials can be started, stopped, and zeroed out using the stem at the 3 o’clock position. Another key component of this pilot’s watch is its legibility: a distinct triangle stands tall at twelve o’clock, while everything on the dial adds to its uniqueness without feeling overcrowded. $178 books a spot on this flight.